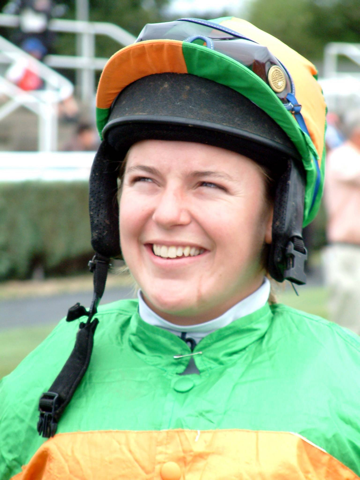 Rose’s tally of 100 winners includes point-to-points and she hopes to have one more ride in a point-to-point at Hexham later this month, and then retire from the saddle to concentrate on her training career.

Rose said “I rode my first winner here at Wetherby on Ho Pang Yau in 2004.  I’ve had lots of great moments since then, notably beating the boys to become the leading amateur last year, two winners at Cheltenham and also a second at the Festival, and winning the Lanzarote on Rayshan.”

Many congratulations to Gina on winning this series and many thanks to Jamie Lennox and Home-Tek International for their generous sponsorship.  The top lady jockeys in the Home-Tek Hurdle Series 2009 are: