Fresh from the first Flat victory of her prolific point-to-pointing career when scoring in a ladies Fegentri race in Sweden on 24th July, Claire Allen was victorious again on the Flat in Deauville in the ladies Fegentri there on 9th August.  Claire is no stranger to scoring in France, having won 3 times over jumps there – twice when working for top French trainer Guillaume Macaire and once when becoming the first lady jockey ever to win the cross-country race in Nuilly-sur-Vicoin.  This victory was especially significant as the top scoring points pushed Claire into the lead in the race for the Fegentri Ladies World Championship!

The strains of the National Anthem were played whilst Claire received her prizes from Nathalie Belinguier, President of Fegentri. 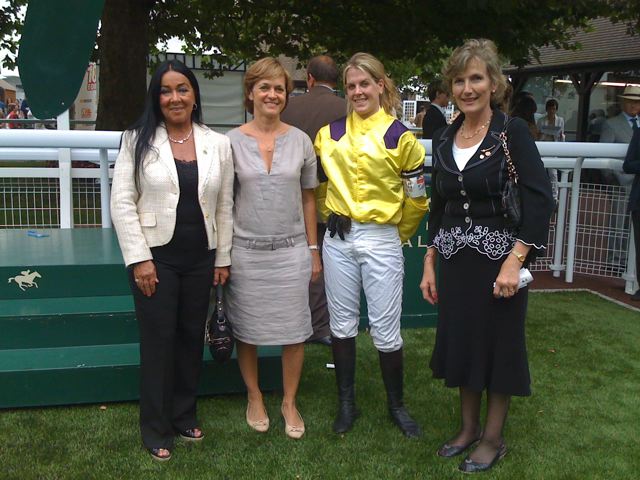 The Fegentri World Cup of Nations featured later in the day and another British amateur jockey’s success was enjoyed when David Dunsdon rode as part of Team Europe and enjoyed a comfortable victory. 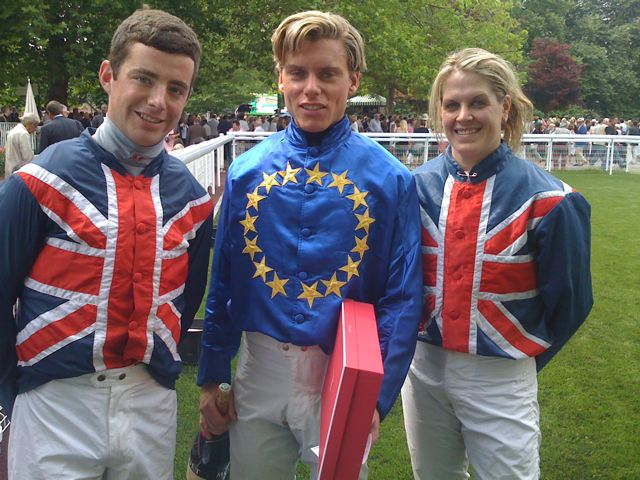