Racing is finding it hard to come to terms with the tragic loss of two promising young jockeys who lost their lives when a fire ripped through their flat in a suspected arson attack in the early hours of Saturday morning.

Talented apprentices Jamie Kyne aged 18 and 19-year-old Jan Wilson, who began her career as an amateur, lost their lives in the blaze in Norton near Malton, North Yorkshire.  They were both looking forward to riding the next day at York and Thirsk respectively, where Jan was to have ridden her mother Margaret’s IMPERIAL SWORD who has given her three wins already this season. 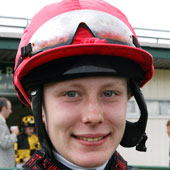 Jan attended The British Racing School having set her heart on becoming a jockey from an early age.  She enjoyed her first ride under Rules at Goodwood last year and was known to many amateur jockeys, having ridden in several amateur races on the Flat last season.  She was so dedicated to progressing her career that she even rode in an AJA charity race at Newcastle in October in aid of Spinal Injuries to gain more experience before taking out her apprentice’s licence.

Jan was attached to David Barron, who said that she loved her job so much that she never mentioned taking time off because she hated the thought of missing a work morning.   He added that Jan was a very good rider but it was only recently that he had noticed her transformation to that of a jockey, especially when she won on Imperial Sword at Ayr last month.  She had tremendous potential and everything was coming together for her. 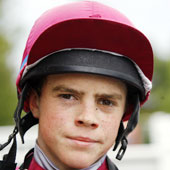 Jamie was attached to John Quinn and his career was blossoming this season with 29 victories.  He enjoyed his biggest victory when Allan Dickman’s Ishetoo won the sportingbet.com Sprint at York in May.  Jamie began his career with Declan Carroll who provided him with his first winner in December 2007.  A future star in the making, Jamie was currently third in this season’s apprentice championship.

Racecourses staged a period of silence in remembrance over the weekend fixtures whilst jockeys wore black armbands.  The Amateur Jockeys Association would like to express their deep sorrow at this time and send their sincere condolences to the families and friends of Jan and Jamie.