The Flat season drew to a close today for amateur jockeys with SIMON WALKER securing the gentleman’s championship several weeks ago having forged clear of his rivals and finally completed the season with a magnificent total of 10 wins.  MARCUS PRICE was his nearest rival on 3 wins and takes the vice-champion slot.  This is no less than Simon’s 6th Gentleman’s Flat Amateur Championship (2003, 2004, 2006, 2007, 2008, 2009) as well as him being the current All-Weather Amateur Champion and is an extraordinary performance.

The ladies title was a less predictable challenge with SERENA BROTHERTON also enjoying a fantastic season and taking both the Ladies Derby at Newbury and the inaugural running of the Ladies Derby at Epsom.  However, with three lady jockeys – VICTORIA BARR, WENDY GIBSON and PIP TUTTY – all on a total of 3 winners to Serena’s total of 4 in recent days, there was an exciting end to the season but Serena’s win last Saturday at Newbury of the Frank Osgood Memorial took her total for the season to 5 wins and secured her the third ladies Flat championship of her career (2005, 2006, 2009).  This is a terrific achievement for Serena and congratulations must go not only to our 2 new champions but also to all amateur jockeys who have ridden winners this season.

Today at Musselburgh the mixed amateur riders’ race saw the final appearance in the saddle for the time being of past triple lady Flat amateur champion CAROL BARTLEY (2001, 2002 and 2003) as she takes maternity leave from her illustrious career.  Carol is the most prolific winning lady Flat amateur jockey holding a licence, with a career total of 52 wins so far.

Newbury’s Frank Osgood ladies race today, won in fine style by Serena Brotherton to take her to a total of 5 wins this season and 2 clear of her nearest rivals, was not without incident.

Vicky Cartmel, a talented rider with 5 wins in her career including a Bathwick Tyres series win and having her last ride under Rules before taking a break from her riding career, was suspended for trying too hard and also for trying too little on MISTA ROSSA.  Having appeared to have ridden the perfect race waiting behind the two leaders, the picture changed in the final furlong when Mista Rossa was tiring and was caught in the last stride by WARNES’S WAY who had been under pressure from the home turn.  Vicky was subsequently banned by the Newbury Stewards for 28 days for dropping her hands in the closing stages as well as 4 days for use of the whip earlier in the race, totalling 32 days.  This seems an excessive penalty considering that this ban totals virtually the complete number of races in the Flat amateur ladies calendar for next season.  Vicky said “Its disappointing to have gone out like this.  Hopefully I will be back to race riding one day if an opportunity arises.”

Trainer Hughie Morrison defended Vicky’s ride, saying “Victoria is an amateur rider and she rides very well indeed.  The horse was very tired and so was the jockey.  You have to remember, these girls don’t get too many opportunities on the racecourse.”

END_OF_DOCUMENT_TOKEN_TO_BE_REPLACED

On only his 2nd racecourse appearance, 18-year-old Daniel Hiskett rode his first winner under Rules when scoring on LOVE OF TARA for Martin Keighley in the opening amateur riders’ novice hurdle today at Exeter.This followed a great weekend for Daniel when he led up Benbane Head at Cheltenham for his guv’nor and enjoyed seeing him win.  Congratulations to Dan on a great start to his career! 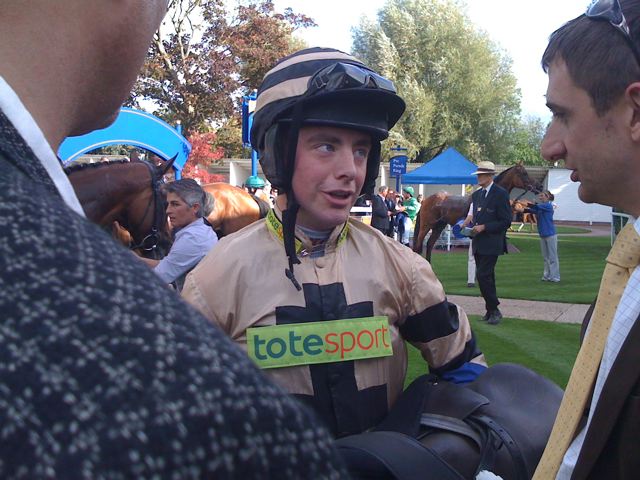 Ian Chanin, Great Britain’s Fegentri gentleman representative (pictured talking to trainer Jim Boyle after winning at Windsor in August), has broken his leg in 5 places whilst schooling at Polly Gundry’s on Friday.  With 4 races remaining in the Fegentri calendar and not far off the leaders, but even more significantly just approaching the start of a new point-to-point season with a long list of rides, this is awful news for Ian and we all wish him every good wish for a speedy recovery.

Currently in Exeter Hospital, Ian has had an operation to insert steelwork and now with a pin and numerous screws he hopes to be home soon to continue his recuperation.  GET WELL SOON IAN! 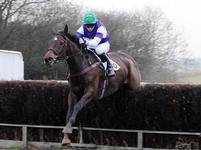 TICKETS ARE SELLING REALLY FAST SO DON’T MISS THE