Many congratulations to no less than 5 talented amateur jockeys who enjoyed winning rides across the country today!

First of the day in the winner’s enclosure was reigning NH Amateur Champion Oliver Greenall with WESTLIN’ WINDS at Hereford in the 12:50 Novice Hurdle.  Making a winning start to his jumping career, the winner was always handy and took control at the penultimate flight to stay on decisively to win by 10 lengths.

The 1.30 2m Handicap Chase at Wincanton was won in fine style by Alan King’s amateur James Banks enjoying his first win under Rules on ONLY DREAMS, giving trainer Nick Lampard success only 3 days after obtaining his trainer’s licence when scoring at 33-1.  James had a great ride round, jumping well and travelling purposefully, despite been left in front sooner than ideal, and in spite of the horse tiring managed to hold on to score by a neck from Robert Thornton in a driving finish. 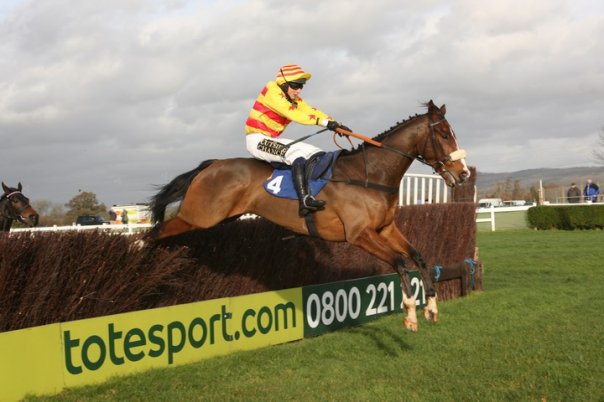 Gina Andrews was the next successful amateur in the winner’s enclosure after the 1.40 Handicap Hurdle at Huntingdon with Pam Sly’s VIABLE, making it this formidable trainer/jockey partnership’s tenth win.

The 2:50 at Hereford, the amateur Handicap Chase, was won by in-form Matt Griffiths on FORTIFICATION who was making it a hat trick.

Finally the 3:30 pro/am Hands and Heels at Wincanton was won by front running CAMPFIRE TALES given a positive ride by Lucy Barry who was also enjoying her first winner under Rules having enjoyed seven point-to-point winners.  Lucy is attached to John Manners’ widow’s yard and rode a third for her at Leicester on Monday.

Many congratulations to all winning jockeys, and especially to James and Lucy on their first winners under Rules.