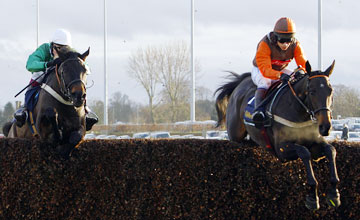 The exciting Long Run, having his first run in this country following a fantastic early career in France, made little of the opposition to take the Feltham Novices Chase at Kempton on Boxing Day under Sam Waley-Cohen riding for his father Robert.

The 4 year old, having already enjoyed 2 Grade I successes amongst his victories in France, was enjoying his first run for trainer Nicky Henderson and in spite of some jumping errors which included misjudging the penultimate fence, he pinged the last to score by 13 lengths.

Sam Waley-Cohen said after the race “He’s a fantastic horse, a really good horse and an exciting horse, its good to be on him.”