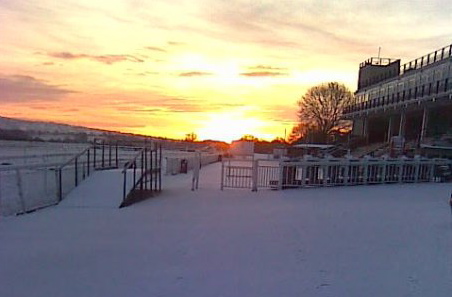 Tomorrow’s Ludlow meeting has been abandoned with an inch of snow on the course and -9 degrees last night making racing impossible.

With this being Ludlow’s third consecutive meeting lost in the past few weeks, we lose the second amateur Ludlow race in a fortnight (His Royal Highness The Prince of Wales Challenge Trophy Steeplechase) having lost the AJA amateur hurdle on 21st January to snow and frost.  Tomorrow’s chase is one of the highspots of the amateur jump season being a valuable feature race of the New Year and it is a great loss to our calendar.