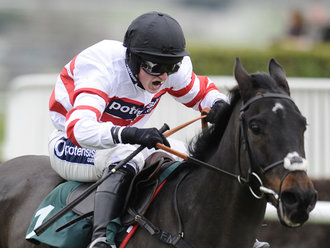 WOOLCOMBE FOLLY got Paul Nicholls’ day off to the best possible start at Cheltenham this afternoon with a fine performance under Ryan Mahon. The race was always likely to be staged at a blistering gallop with a number of proven front runners and Ryan held his mount up in mid-division, before asking him to get closer after the tenth and challenge the leader Tanks For That at the last, going away to win by 6 lengths.

Ryan said: “That was absolutely awesome. He has got so much speed, but you just need to mind that speed so he’s got something to finish with.”