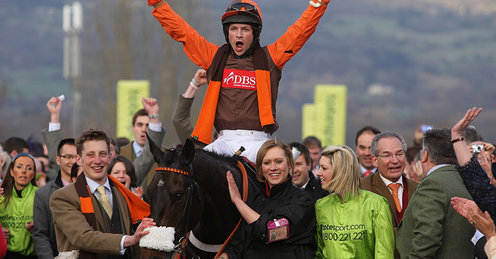 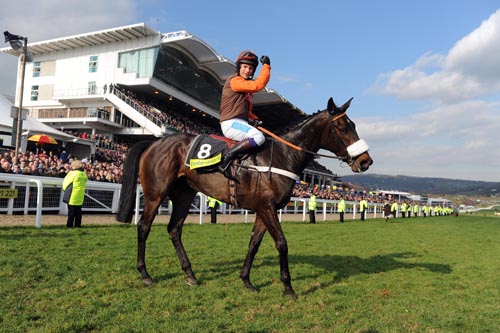 Following his epic win, Sam said “I want to say thank you to everyone for believing in me and the horse.  This is beyond my wildest dreams.  I didn’t think we were going to get there, but he picked up and I think he still had a bit left.  When he got there he saw the crowd and he wanted to stop and have a look!  What a horse he is!”

Very many congratulations to Sam and his father, owner Robert Waley-Cohen who said “To have a runner in the Gold Cup is an honour; to have it ridden by your son and winning it is a dream.”