Congratulations to Rachel King who enjoyed the final ladies race of the Fegentri season with the customary trip to Mauritius where she was unplaced and finished in joint 4th place overall, sharing this slot with France’s representative.  Rachel enjoyed being part of the team to participate in the first ladies race ever in Macau in November as well as many other trips, details of which can be found at www.fegentri.com.

Rachel took an early lead in the ladies world championship at the start of 2011 with a winning ride in Qatar as well as enjoying some placed rides but her season was interrupted when she found herself unable to ride in our Fegentri ladies race in Nottingham in July as she had not renewed her amateur licence.  However, she subsequently rode a winner in Cologne (Germany) and Istanbul (Turkey) which gained her some valuable points, but as in previous years Great Britain was denied the title with Rachel being drawn on a horse for the final race who was unplaced. 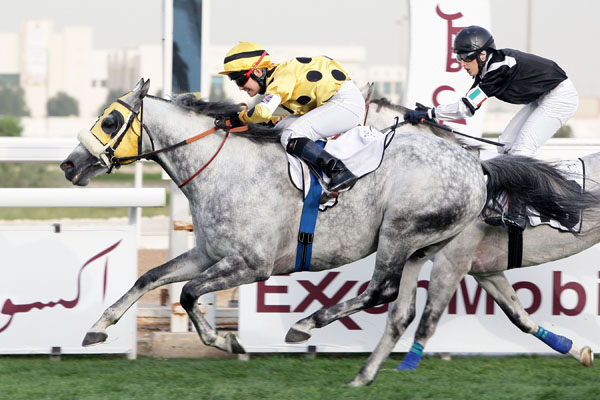