Today’s Amateur Jockeys Association Amateur Riders’ Handicap Chase at Kelso was the first of three races utilising a £20,000 fund of prize money earned by Sam Waley-Cohen from Long Run’s Gold Cup success and Oscar Times’ Grand National second place and chosen by Sam via the BHA to be invested in amateur races in 2012.  The intention to build a stronger platform from which amateur jockeys can launch their riding careers was put to perfect use with such a skilled performance by rookie jockey Jamie Hamilton.

Many congratulations are due to Jamie on winning his first race under rules, partnering TARTAN SNOW owned by the Whitemoss Gold Syndicate for trainer Stuart Coltherd.  This was a decent handicap chase which produced a shock result with Tartan Snow being the complete outsider and with four in line at the last it was a great spectacle as Jamie went on to score with ease.

Stuart Coltherd said “Full marks to Jamie.  He gave him a cracking ride and did everything I told him.”  Jamie works for Richard Fahey who tweeted: ” Nice to see Jamie Hamilton riding a winner at Kelso.  He’s attached to our yard and I’m sure he will go a long way – Flat and jumping.”

The remaining races which will use this fund are yet to be confirmed. 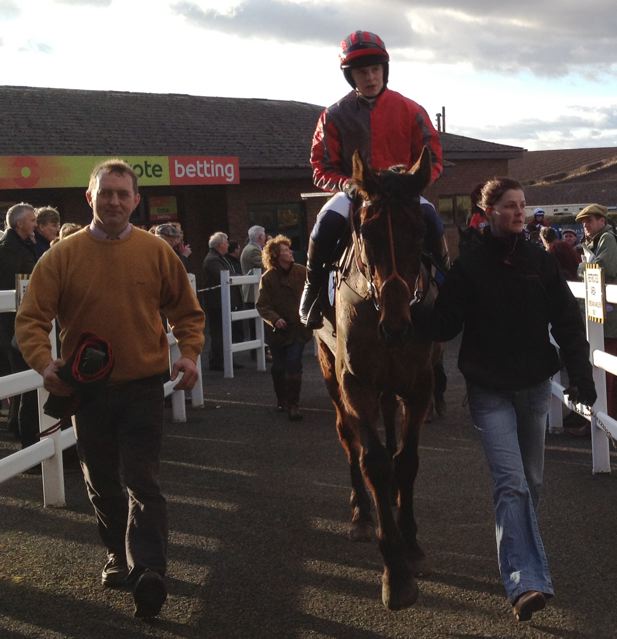