Many congratulations to Jack Gilligan who enjoyed success in the saddle today at Newbury winning the second race in the JRL Group Series with his grandmother’s horse SHAHRAZAD trained by his father Patrick. 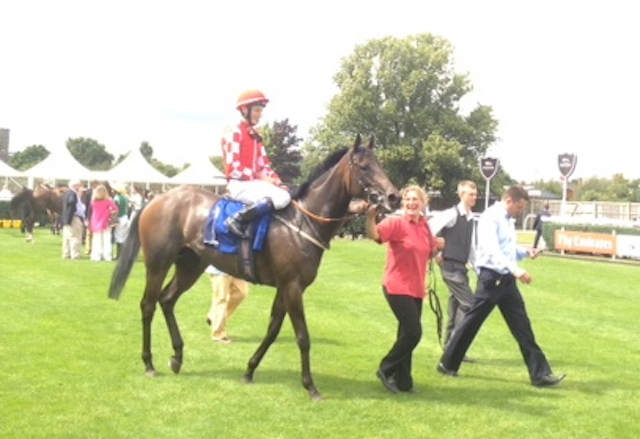 This was only the second ride under Rules for 16 year old Jack, who made virtually all on the 33-1 shock outsider to win by a short head.  Jack spent a month under the masterly tuition of Sir Mark Prescott immediately after completing his exams and leaving school in early July.  He said “My ambition is to be a jockey but Dad reckoned I should start off as an amateur rather than an apprentice because it would give me time to strengthen up.  I’m light enough and I’ll turn apprentice at some stage.  The time with Sir Mark was invaluable and I’m very grateful to him.  Dad reckoned that experience improved my riding by 10 lbs.” 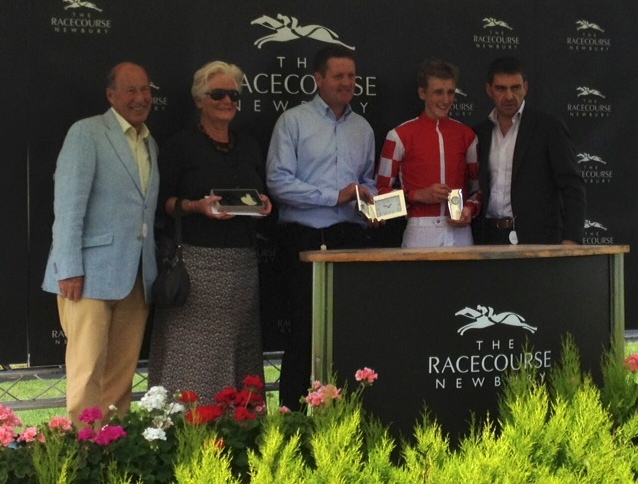