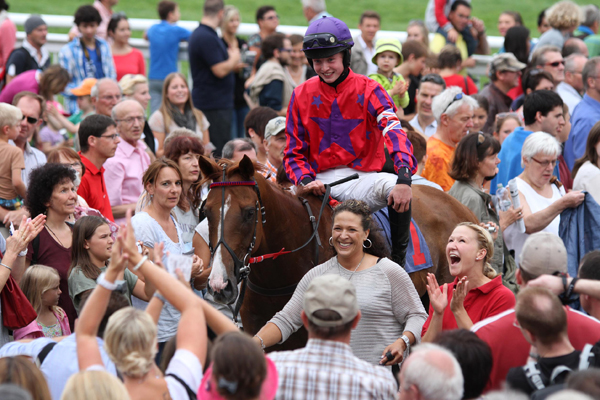 Very many congratulations to our 2013 gentleman Fegentri representative FREDDIE MITCHELL who has had an extraordinary year and reached an unassailable lead in the men’s flat tables before the season has reached its conclusion in Doha, Qatar next week.  This is the first time since David Dunsdon became Fegentri World Champion in 2002 that Great Britain have produced another and it is a great achievement.

The finale of the season takes place next week in Qatar with 2 races. Sadly Freddie is unable to attend with work demands back home at Nicky Henderson’s and we would like to thank our champion trainer for great support throughout the season to allow Freddie so much time away in order to achieve his dream.  Fortunately Jamie Hamilton is able to replace Freddie and represent GB.  Here he is pictured next to Freddie back in May when Freddie enjoyed another winning ride in Dusseldorf. 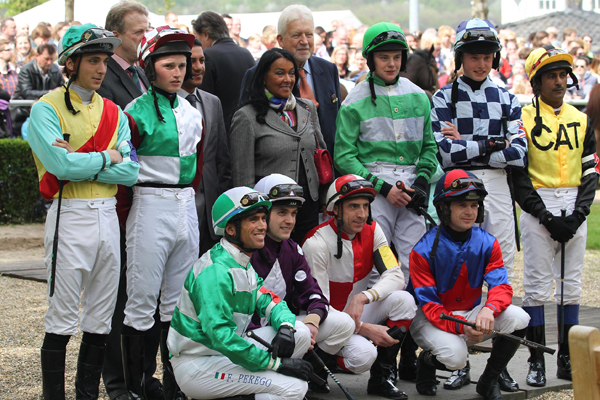 We have delayed confirming this special announcement until now to ensure nothing would scupper Freddie’s world victory.  The Daily Telegraph covered the story earlier this month with a great article by former amateur Marcus Armytage http://www.telegraph.co.uk/sport/horseracing/10441989/Freddie-Mitchell-becomes-racings-only-world-champion.html