Thanks to the continued dedication and support of Lara Sawaya, the curtain raiser of 2014’s HH Sheikha Fatima bint Mubarak Ladies Arabian World Series was held on 17th January at Al Flaij Racecourse Oman where Michelle Edden represented GB.  Unfortunately Michelle’s horse only managed to beat two others home but many congratulations to Evanna McCutcheon who won for Ireland.  Aly Deniel will represent GB for the next race in the series to be held in Caulfield Racecourse, Melbourne, Australia on 1st February. 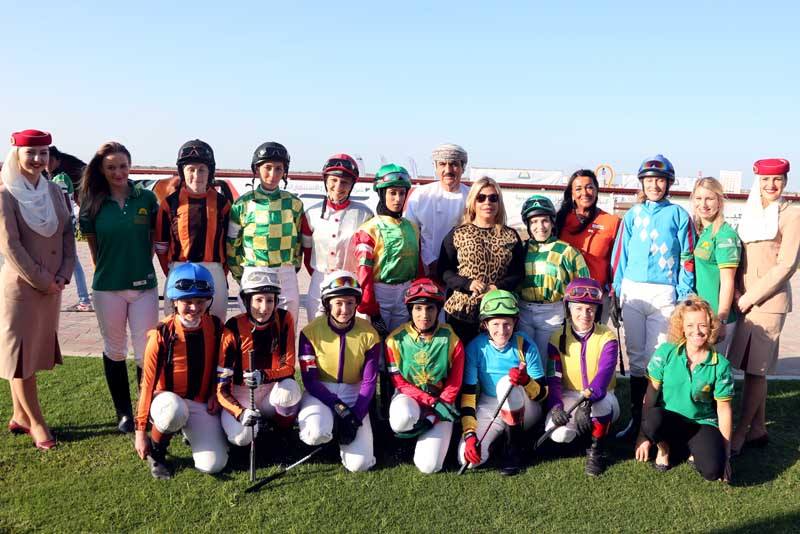 NB: UPDATE TO RIDER’S CRITERIA!  All ladies must have had 5 wins and be able to weigh out at 9 stone with body protector!! Any overweight strictly not allowed.  Wins can be a combination from Arab racing, rides under Rules (jump and flat) and point-to-pointing.  If eligible and wishing to be considered for this series, please complete and return the application form to the AJA as soon as possible:  applicationformsheikhafatima2014.pdf 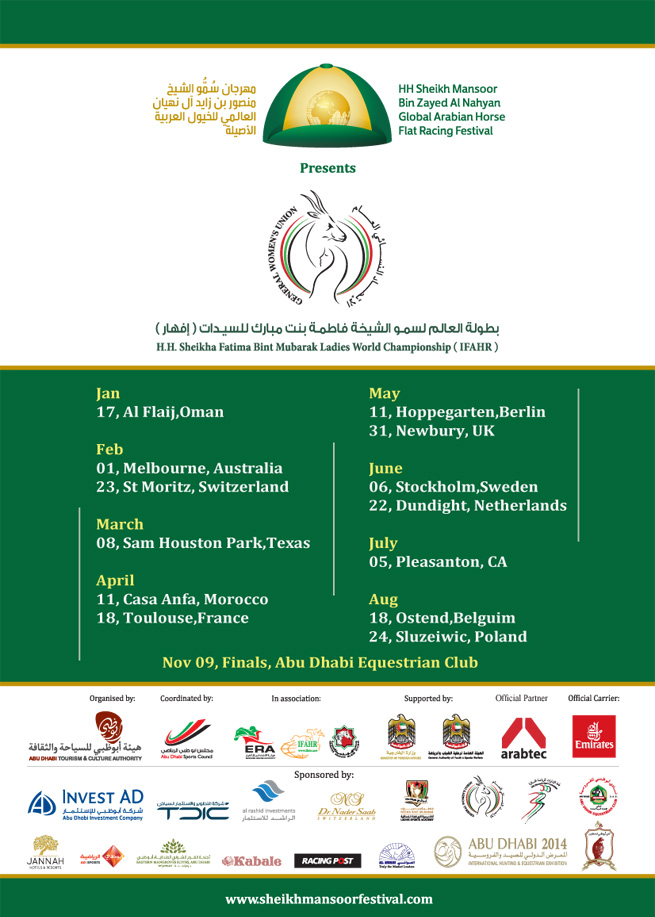