Fegentri representatives progress up the rankings

Well done Freddy Tett finishing 2nd in Dusseldorf last week when riding for GB!  The Omani rider’s tack slipped in the closing stages of the race and he fell directly into Freddy’s path but fortunately for all concerned Freddy managed to steer around the prostrate jockey!  You can clearly see the number cloth under the horse’s belly in the photo below.  Freddy is now in 4th position in the men’s world rankings. 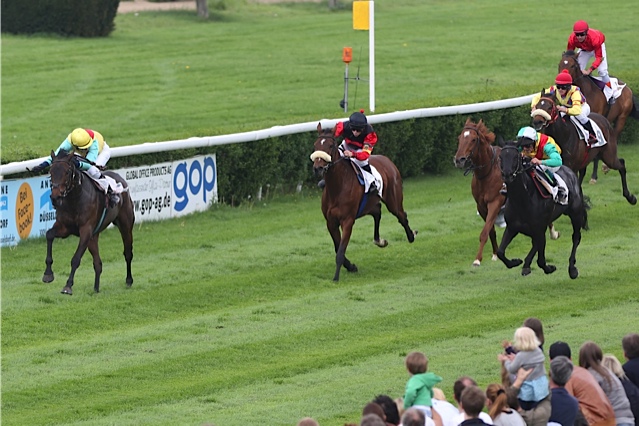 Alice Mills was also busy last week having just returned from riding in the Maryland Hunt Cup the previous weekend (where, with only 4 finishing, she pulled up her horse when he tired after the 16th).  She rode for GB in Budapest, Hungary this weekend courtesy of the Austrian Amateur Club and finished 4th, which puts her also in 4th position overall in the ladies world rankings.  Here is a recording of the ladies race: https://m.youtube.com/watch?v=MNAYGqYk_Mc