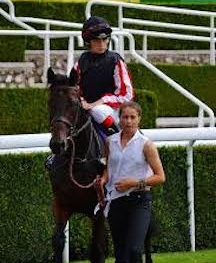 Many congratulations to Hugo Hunt who, in only his second ride of his career, enjoyed his first winning ride today at Salisbury riding PERFECT MISSION for Andrew Balding.  Making a simple task of the race, Hugo made all to score stylishly with his mount staying on well to win by half a length from Graham Carson and HAIL PROMENADER.

New addition to our discount shops

Many thanks indeed to Mangan and Webb Saddlers of Stow on the Wold, Gloucestershire, who are very kindly offering a 10% discount to all AJA members.

A reminder to all amateur jockeys that current permits expire on 30th June.  If you would like to renew your amateur licence, you can now make an online application via the following link:  http://www.britishhorseracing.com/resources/licensing/amateur.asp

Remember: Baseline concussion tests are required for all amateurs when first applying for an amateur licence. Thereafter a test is required every 5 years unless the rider has more than 25 rides per year or suffers multiple concussions within the previous year before renewing. 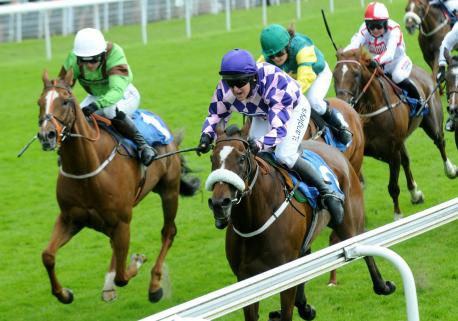 A thrilling Queen Mother’s Cup was enjoyed on Saturday with Europe’s richest lady amateur riders’ race taking place at York featuring three previous winners in Crackentorp (twice) and Nanton. Neither of these featured in the final stages however as the always handily placed PEARL CASTLE travelled well to hit the front, chased by Katie Walsh and SAPTAPADI.  However, Pearl Castle was able to dig in well to stay on by a length and give Serena Brotherton her York hat trick, having won this race in 1999 with Flower O’Cannie (Serena’s first ever Flat winner) and with Sporting Gesture in 2003.

Trainer John Quinn said “Experience was pivotal and the first 2 furlongs was the most important part.  Serena rode him very well and I can see him turning up in some mile and a half handicaps.”  Serena was rewarded with the traditional prize of her own weight in champagne kindly sponsored by GH Mumm and said “Winning this race all those years ago was special, and this is special.”  Many congratulations to all winning connections. 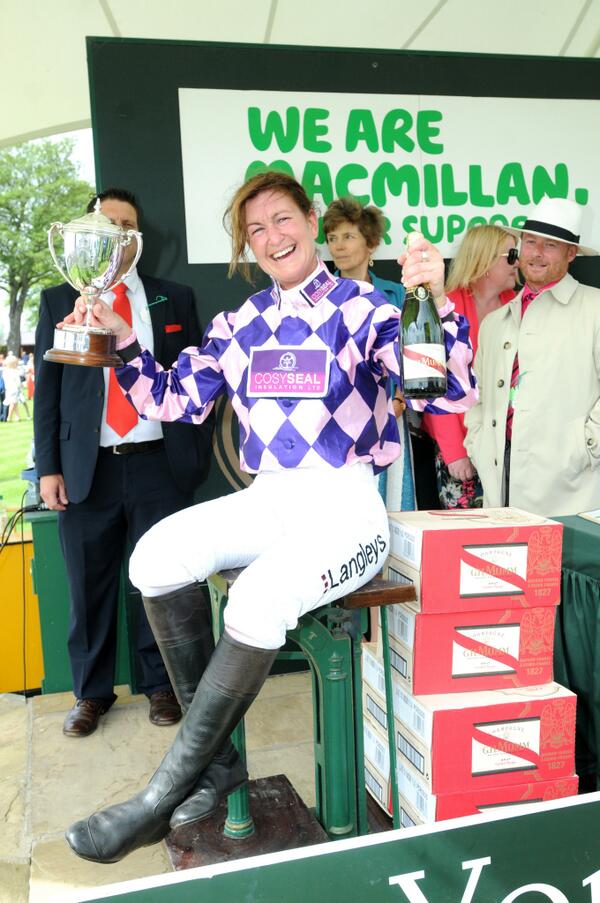 Congratulations to Joanne Walton who enjoyed success riding in Hexham’s 3 mile amateur handicap hurdle with George Bewley’s mare REV UP RUBY, leading over the last to stay on and  get the better of TARTAN TIGER in a driving finish to score by a head.

Congratulations to James Harding who enjoyed a repeat of 12 months ago when winning with BALMORAL CASTLE this evening at Goodwood for Hughie Morrison.  This was James’s second winner of the season, having won recently at Newbury.

The Amateur Jockeys Association are delighted to welcome the return of the Betfair Novice Flat Amateur Series for 2014.  The Series is open to amateur jockeys who are members of the AJA and who at the start of the 2014 Flat Season have ridden no more than 3 winners under the Rules of Racing (both Jump and Flat).  This excludes Point-to-Point and Arab racing wins.

The Amateur Jockeys Association will manage the series in consultation with the British Horseracing Authority.  In addition Jimmy Bleasdale, Jockey Coach based at the Northern Racing College near Doncaster, will be in attendance to walk the course with the participating jockeys before each race and to offer them help and advice.

This year the series has grown from 6 to 8 races culminating in the finale at Carlisle’s meeting on Wednesday 27th August.  Points will be awarded to riders with 10 points for the winner, 6 for second, 4 for third and 2 for fourth.  Also-rans will be awarded 1 point.

In addition to winning connections being presented with Betfair trophies after each race, the winning series jockey will be presented with the Betfair Novice Flat Amateur Series Trophy.

Races are scheduled to take place as follows:

Barry Orr, Head of Public Relations at Betfair, commented today ‘’We are delighted to once again back the Amateur Jockeys Association flat series. The increase to eight races is a testament to a fantastic first year for the series and jockey participation levels have been excellent.’’

Jimmy Bleasdale, Jockey Coach, said “I am looking forward to this season’s Amateur Novice Series sponsored by Betfair.  I hope it is as exciting as last year and takes us to the wire in the finale event at Carlisle again.”

Sarah Oliver, CEO of the AJA, said “We were delighted that Betfair’s inaugural series was so popular amongst both jockeys and trainers, giving 43 individual novice amateur jockeys 78 rides on 6 different UK racecourses.   This series proved itself as a launching pad for the careers of young amateurs who often struggle to get rides and since last year at least 2 participating jockeys have turned professional.  Thanks to the generosity of Betfair’s sponsorship, 2014 sees the series extended to 8 races which offer race riding opportunities together with education and training.”