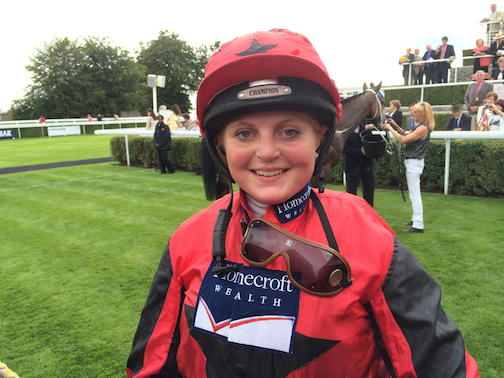 By kind invitation of His Grace the Duke of Richmond, Goodwood hosted an amateur race today in memory of Gay Kindersley.  Originally the Richmond-Brissac Trophy and a Fegentri race in recent years, it was good to see 10 horses go to post for a race which remains special in our calendar and no longer has unusual race conditions.

An early fast pace was set with the ultimate winner, VICTOR’S BET, slowly into his stride and virtually tailed off after only 2 furlongs, yet ridden with supreme coolness by Ella Smith whilst held up at the rear of the field.  Ultimately his jockey delivered him perfectly in a thrilling dramatic finish with little more than hands and heels to sweep into the lead and win by 1 3/4 lengths from Ross Birkett on AUTOMOTIVE, with Michael Murphy and Brodie Hampson only a short head and a head back in 3rd and 4th respectively. 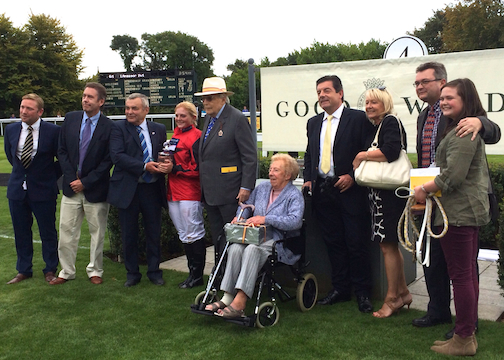 Trainer Jack Smith said “He’s not a bad buy for £500 from Ascot.  I knew him in Spain when he was owned by Victor Chandler, who brought him back after Mijas closed.  He had won in Madrid and bad horses don’t win there.  He has shown his Newbury win was no fluke and Ella has given him a brilliant ride today, after they went off too fast.”  Many congratulations to winning connections.