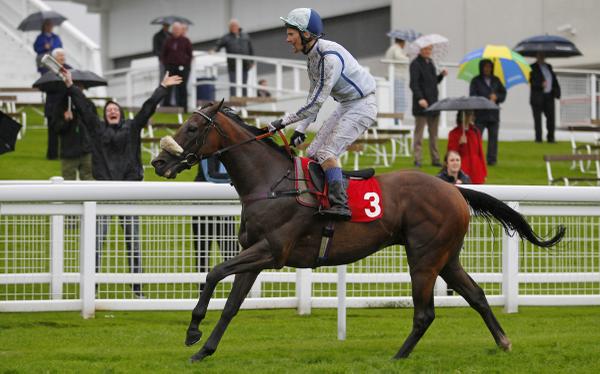 Many congratulations to Ross Birkett successful at Epsom today for Lady Herries aboard BARWICK in the Investec Gentlemen’s Derby.

With torrential rain setting in for the afternoon and a dramatic change in ground to officially heavy, there were 3 non-runners from the original line up of 10.  Will Pettis made much of the running on Glennten who got swallowed up when entering the straight, but his front running tactics played into the hands of the winning combination with Ross holding up Barwick for much of the race at the rear of the field.

Ross progressed through the field to lead 2 furlongs out and headed for the stands rail once he hit the front, maintaining his lead to win easily by 10 lengths.  Well done to winning connections.