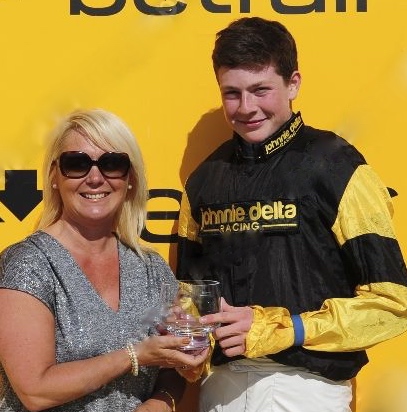 Many congratulations to Matt Ennis on his first flat winner (from only 6 rides) at Catterick this afternoon aboard Jim Goldie’s popular 13 year old veteran DHAULAR DHAR, who was winning for the 13th time in his distinguished career.  18-year-old  Matt is attached to Richard Fahey’s having been with Graeme McPherson for whom he rode his first jump winner at Southwell last December .

With 3 non-runners, a total of 8 novice amateur jockeys went to post with Dhualar Dhar taking a keen hold from early on.  Matt held him up at the back of the field and made steady headway up the inner from about 3 furlongs out to take the lead inside the final furlong and win stylishly by a couple of lengths. 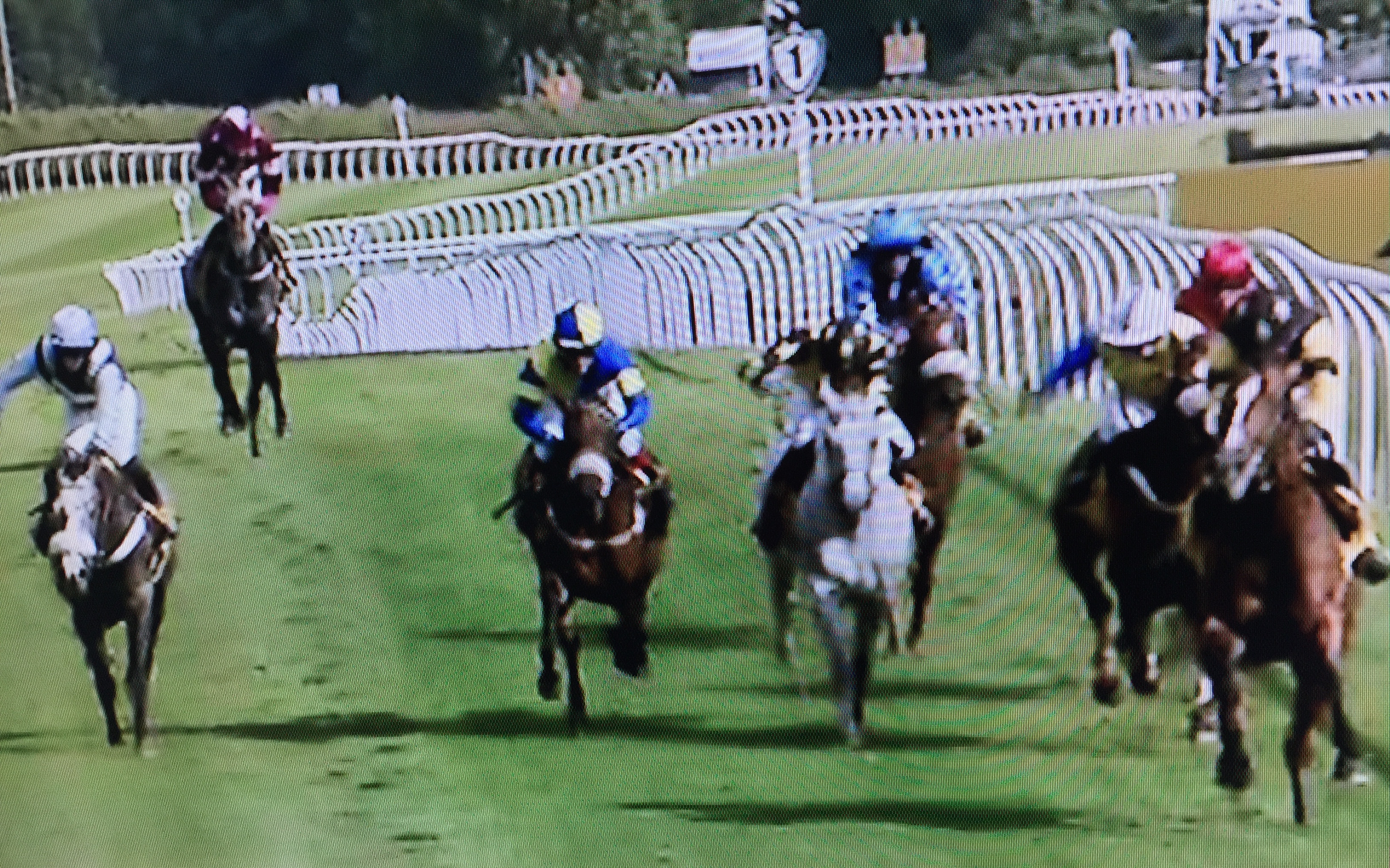 Tom Greatrex was a gallant second with FERNGROVE and Joe Wright, fresh from winning a handicap hurdle at Hexham on MINELLA HERO last month and then 5th in the opening Betfair race of the season at Nottingham, was 3rd with the grey PERTUIS.

“That was unreal” said Matt.  “He gave me some spin and I was just conscious not to hit the front too soon.”   The series now moves on to Leicester next Wednesday.  Well done Matt! 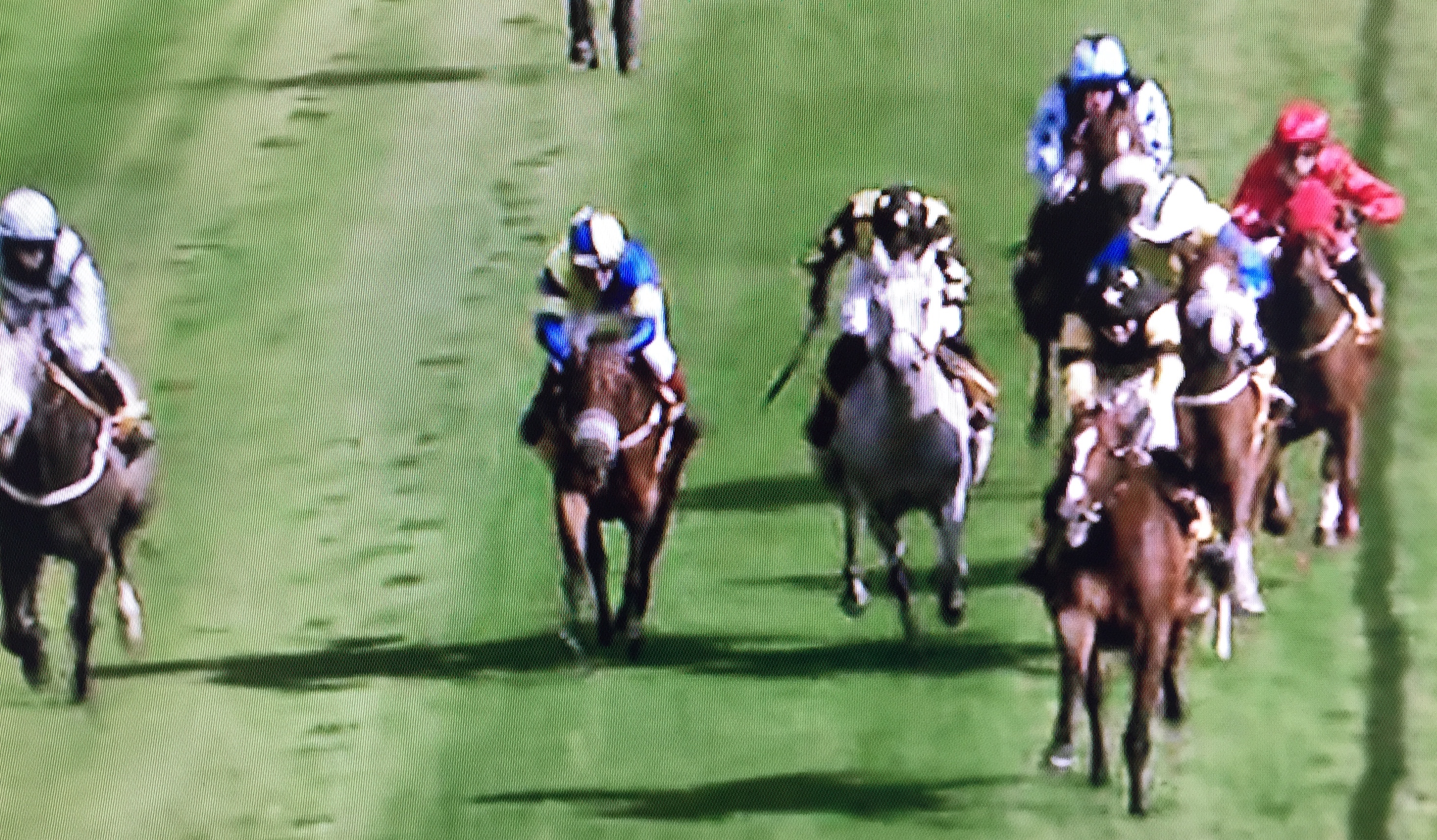