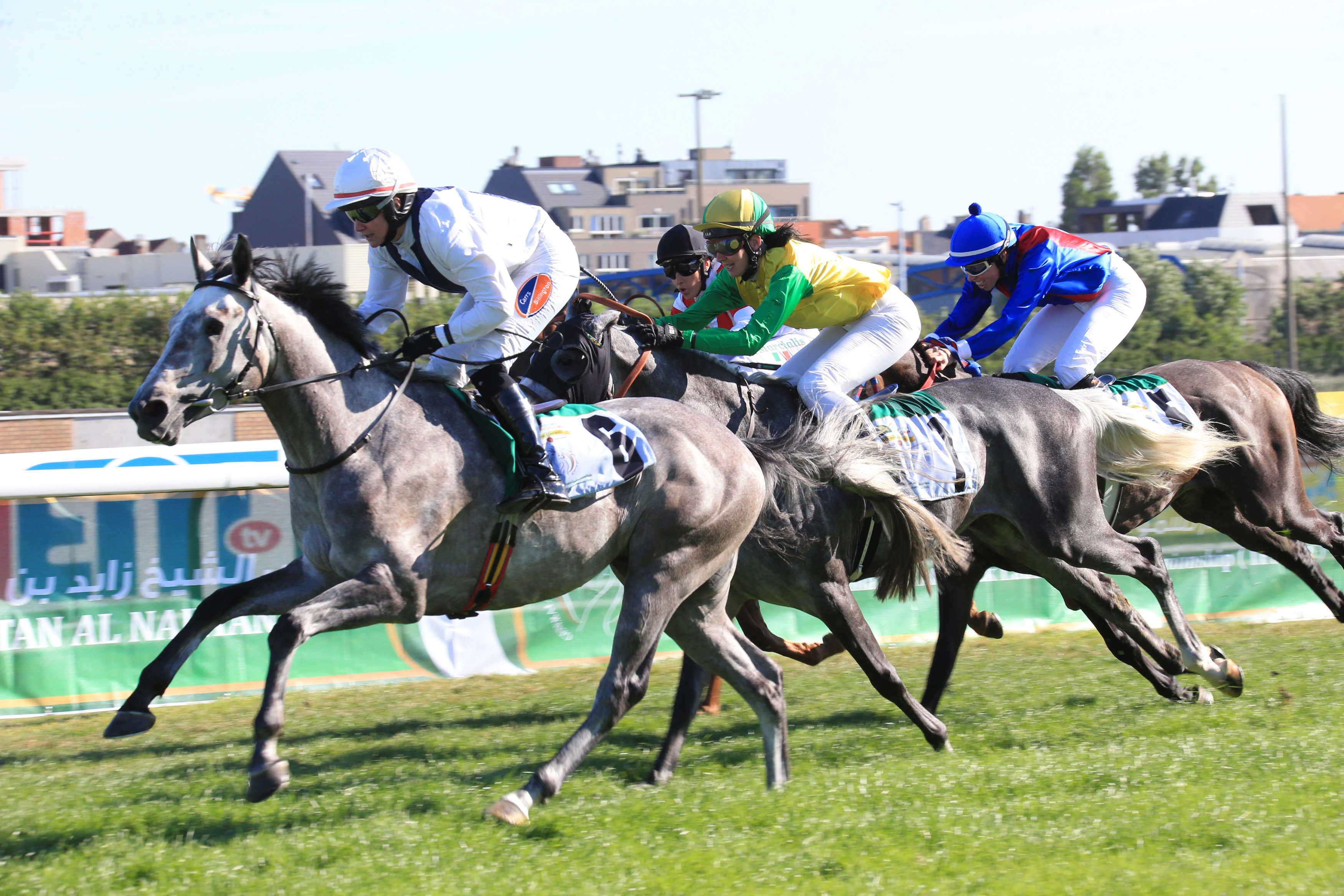 We are immensely proud that Catherine Walton riding for Great Britain enjoyed a winner in only her first ever Arabian race!  Riding MESSI for Belgian owner-trainer Vido Keersmaekers, Catherine’s horse responded to her strong driving to lead inside the final furlong and stay on well, winning by 3/4 of a length.    Catherine’s career highlight up until this point had been winning the Ladies Open Hunterchase at Cheltenham in 2014 with Ockey De Neuilliac!  Following her success she said “I was looking forward to this ride and I just tried my best.”  By coincidence, this same race was won by amateur jockey Page Fuller on MESSI’s full brother in 2015!
Many thanks to Lara Sawaya, Executive Director of HH Sheikh Mansoor Bin Zayed Al Nahyan Global Arabian Horse Flat Racing Festival, for another great race enjoyed by lady jockeys from all over the world. Catherine now looks forward to riding in the ladies finale in Abu Dhabi on 13th November alongside her compatriot Alice Mills, ex-amateur and now professional jockey, who won in Bahrain earlier this year.  Well done Catherine!

A recording of the race can be seen here: