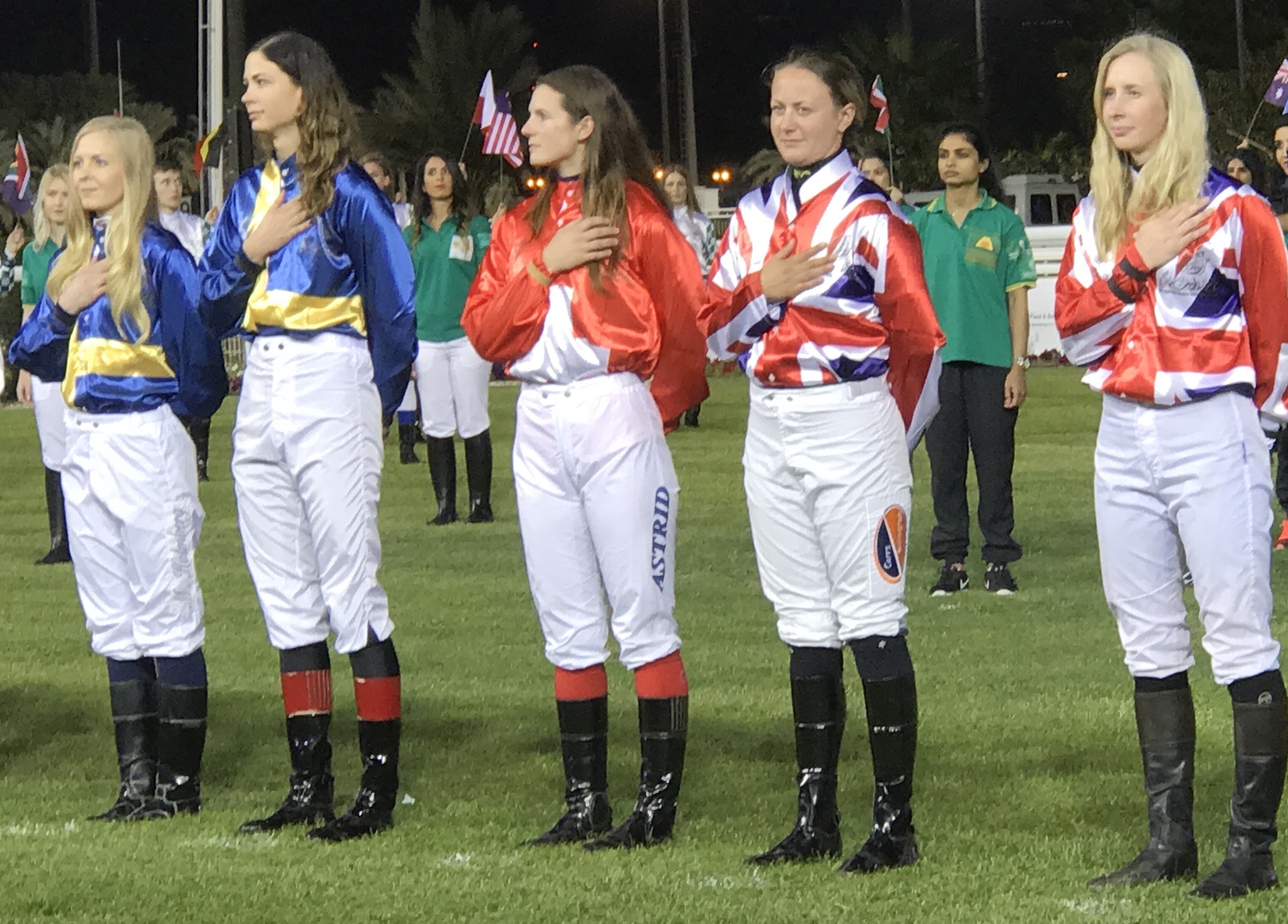 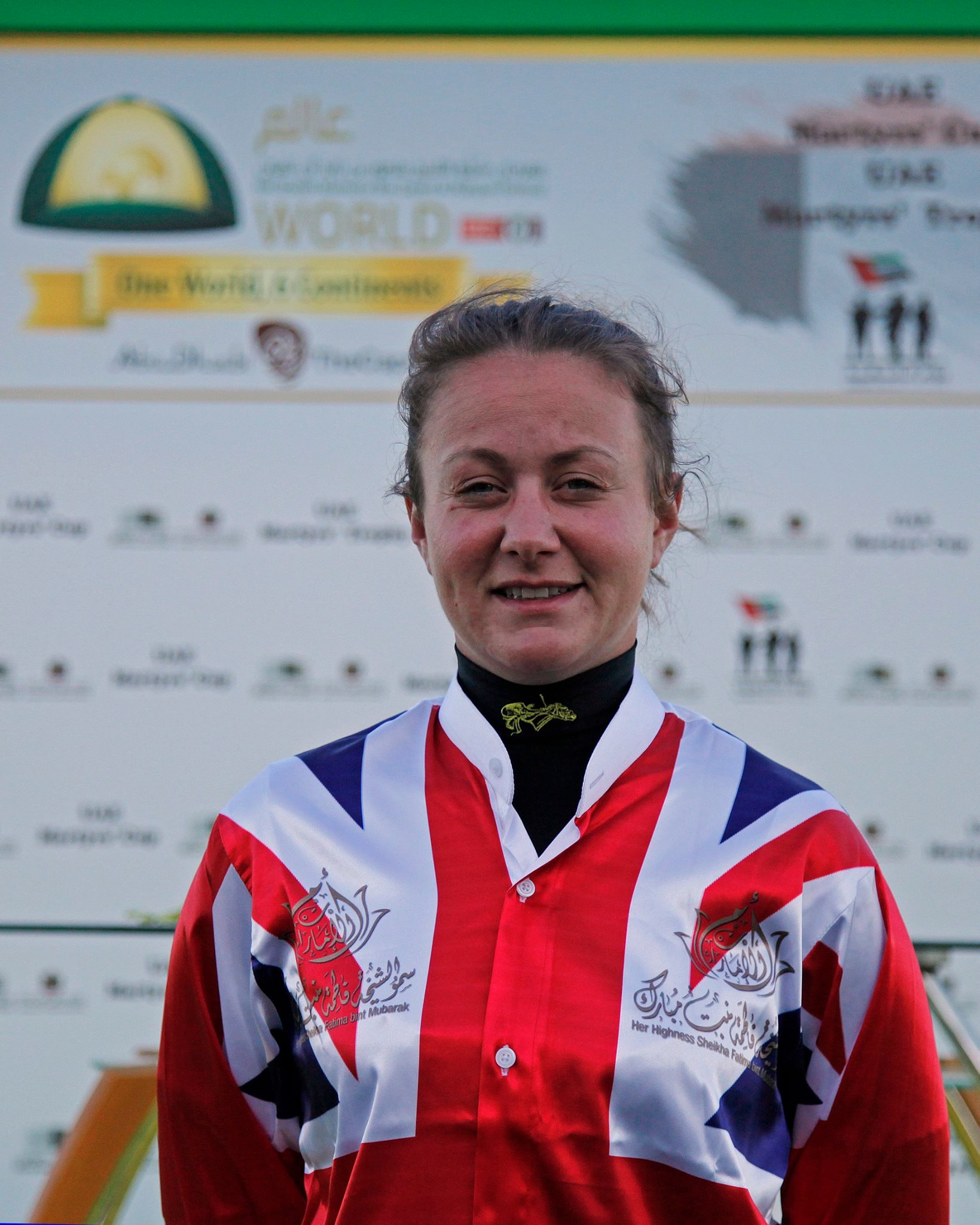 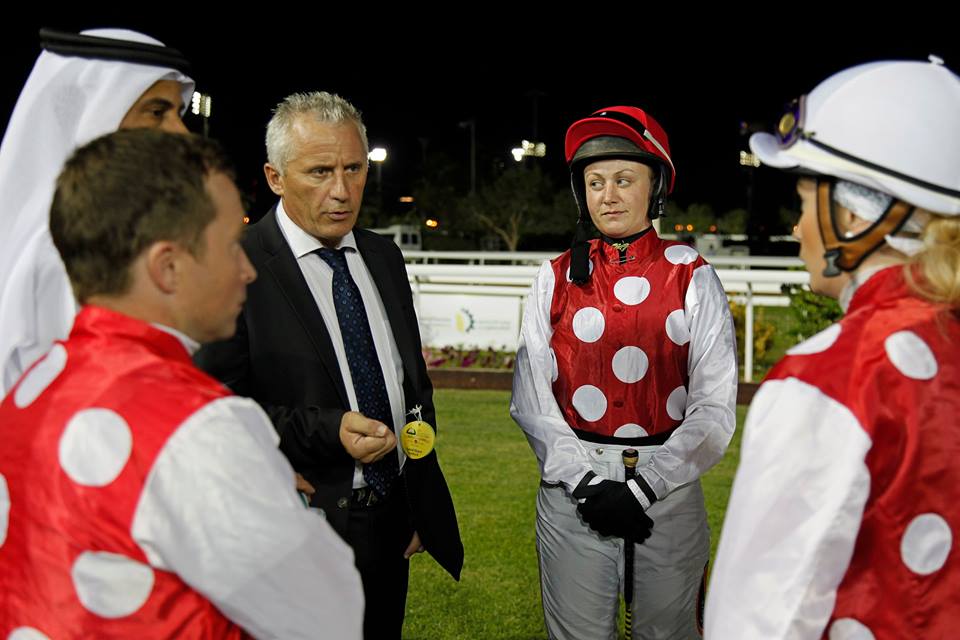 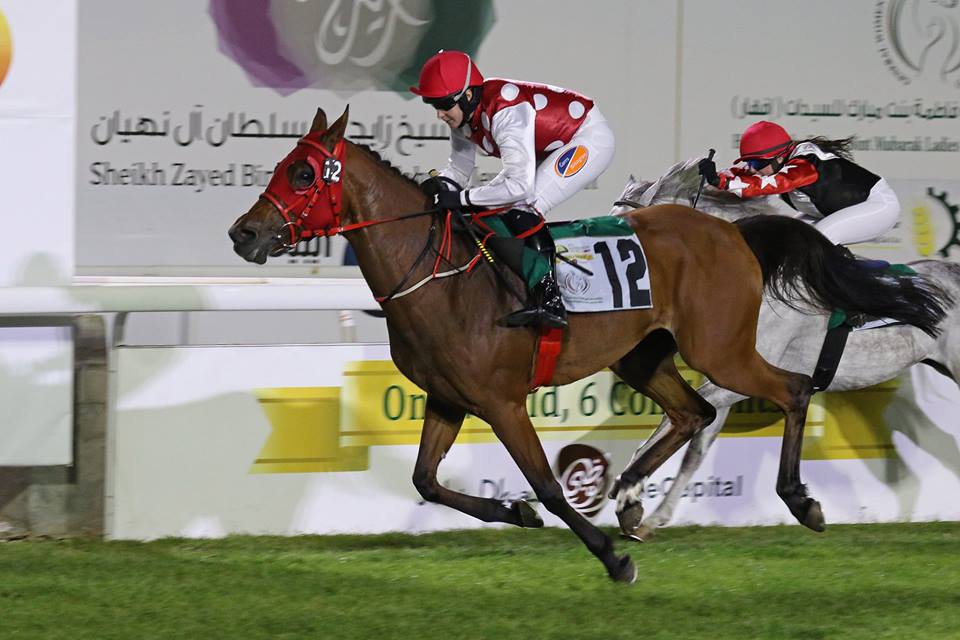 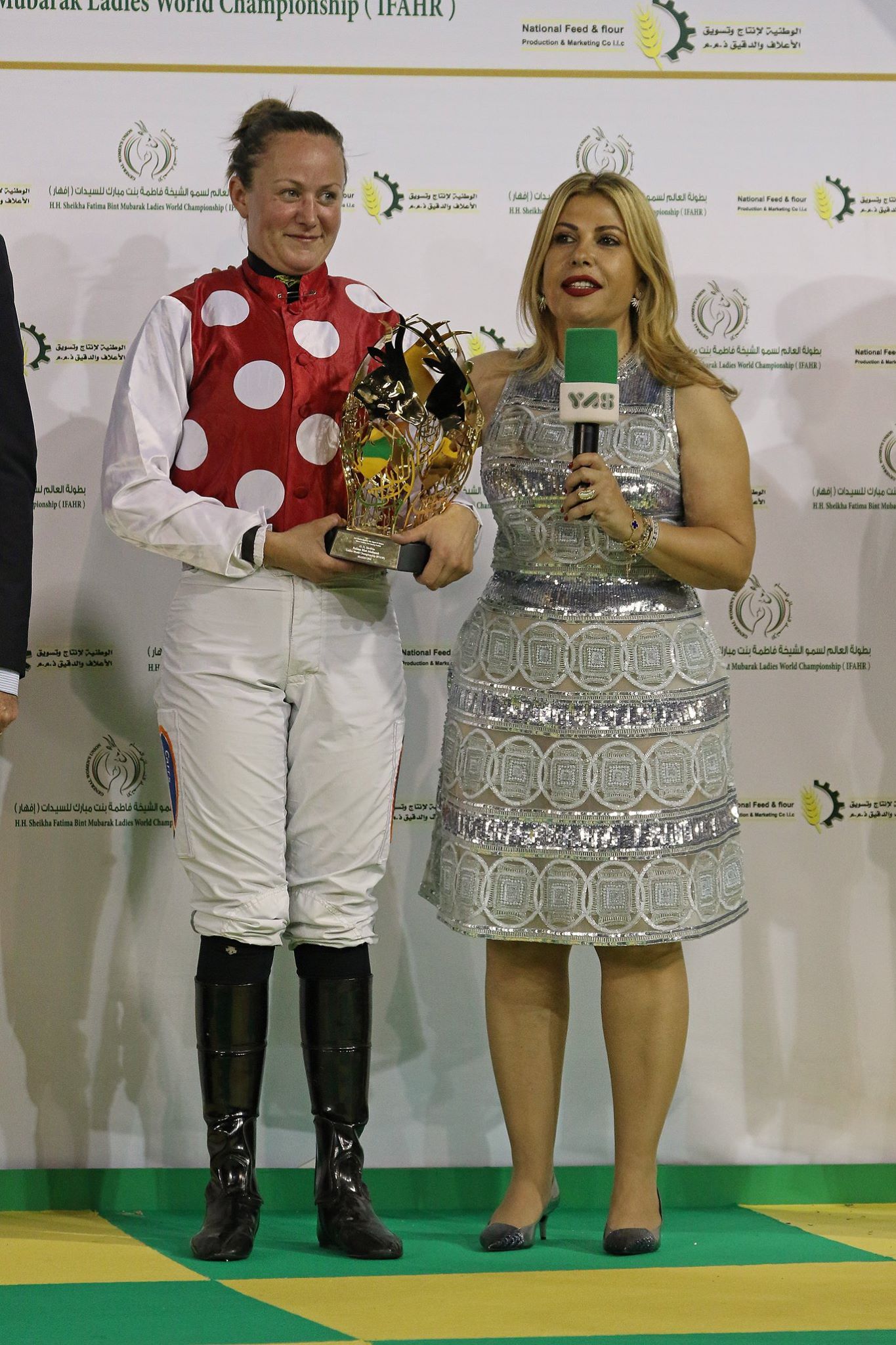 A memorable week was held in Abu Dhabi for the HH Sheikh Mansoor Festival with lady riders who have ridden in this year’s HH Sheikha Fatima bint Mubarak Ladies Arabian World Series attending the jockey conference: Carol Bartley, Serena Brotherton, Alyson Deniel, Joanna Mason, Alice Mills, Rebecca Smith, Anna Wallace and Catherine Walton.  The week culminated in both the Apprentice and Lady Riders finales with GB represented in the ladies race by professional (ex-amateur) Alice Mills and by Catherine Walton, having won their respective races in Bahrain and Belgium earlier in the year.

Riding the favourite RB DIXIE BURNING trained by Eric Lemartinel, Catherine was able to ride with hands and heels only to win comfortably on the mare.  Following her victory she said “She moved nicely and once she got to the front on the final bend she just pulled away.”

Many thanks to Sheikh Mansoor Bin Zayed Al Nahyan, HH Sheikha Fatima bint Mubarak and the driving force behind the Sheikh Mansoor Festival that is Lara Sawaya for providing such great race riding opportunities for our lady jockeys throughout the year.  Thanks must also go to Pat Buckley and all at Abu Dhabi Equestrian Club and Emirates Racing Authority for their help and support.

Many congratulations to Catherine who has only ridden Arabian horses for the first time this year – in Belgium and in Abu Dhabi – and won each time!