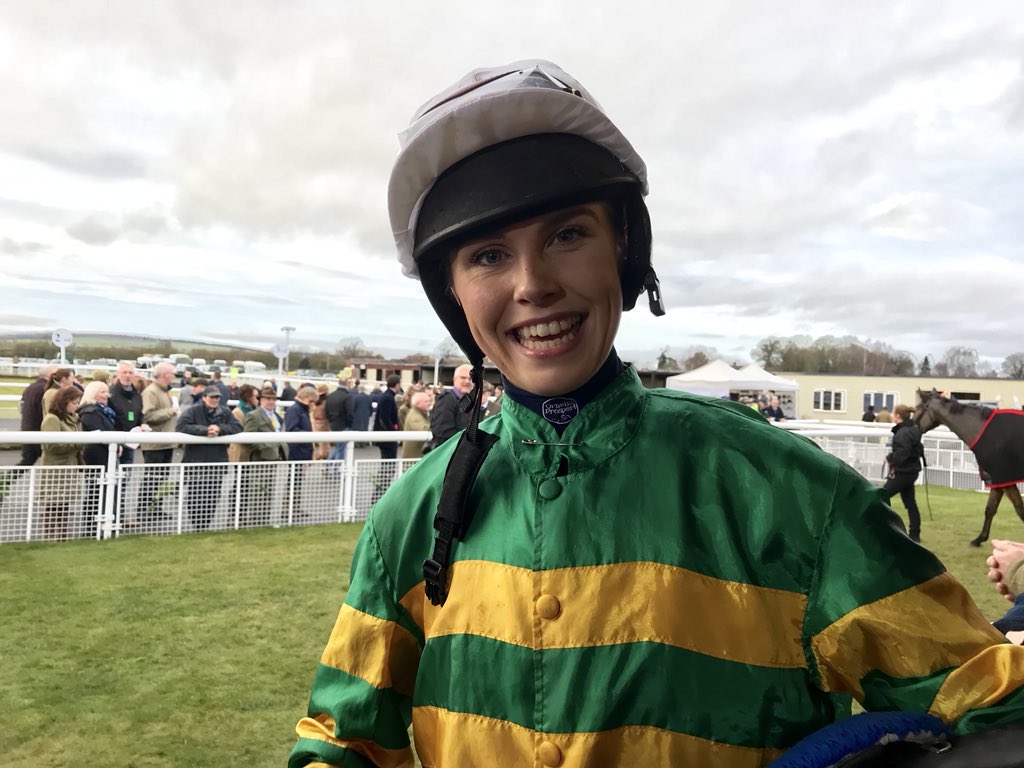 Ludlow Racecourse hosted the Tanners Prosecco Handicap Hurdle for lady riders at their Christmas meeting on 20th December with 9 going to post. 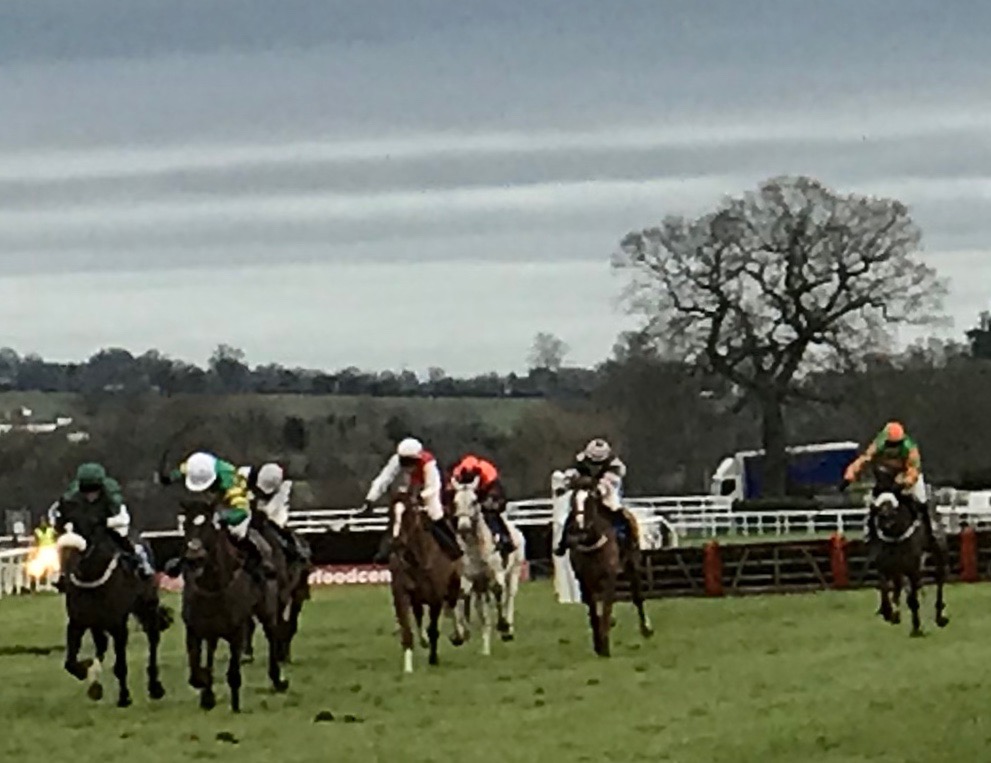 Isabel Williams and PRUSSIAN EAGLE led in the early stages together with Jodie Hughes on ASCENDANT. As they approached 3 out, Ireland’s Aine O’Connorbegan to close in on the leaders with her brother-in-law Harry Fry’s LITTERALE CI and despite hitting the last stayed on to win by 4 lengths, with Isabel 2nd and Jodie 4 1/2 lengths 3rd. 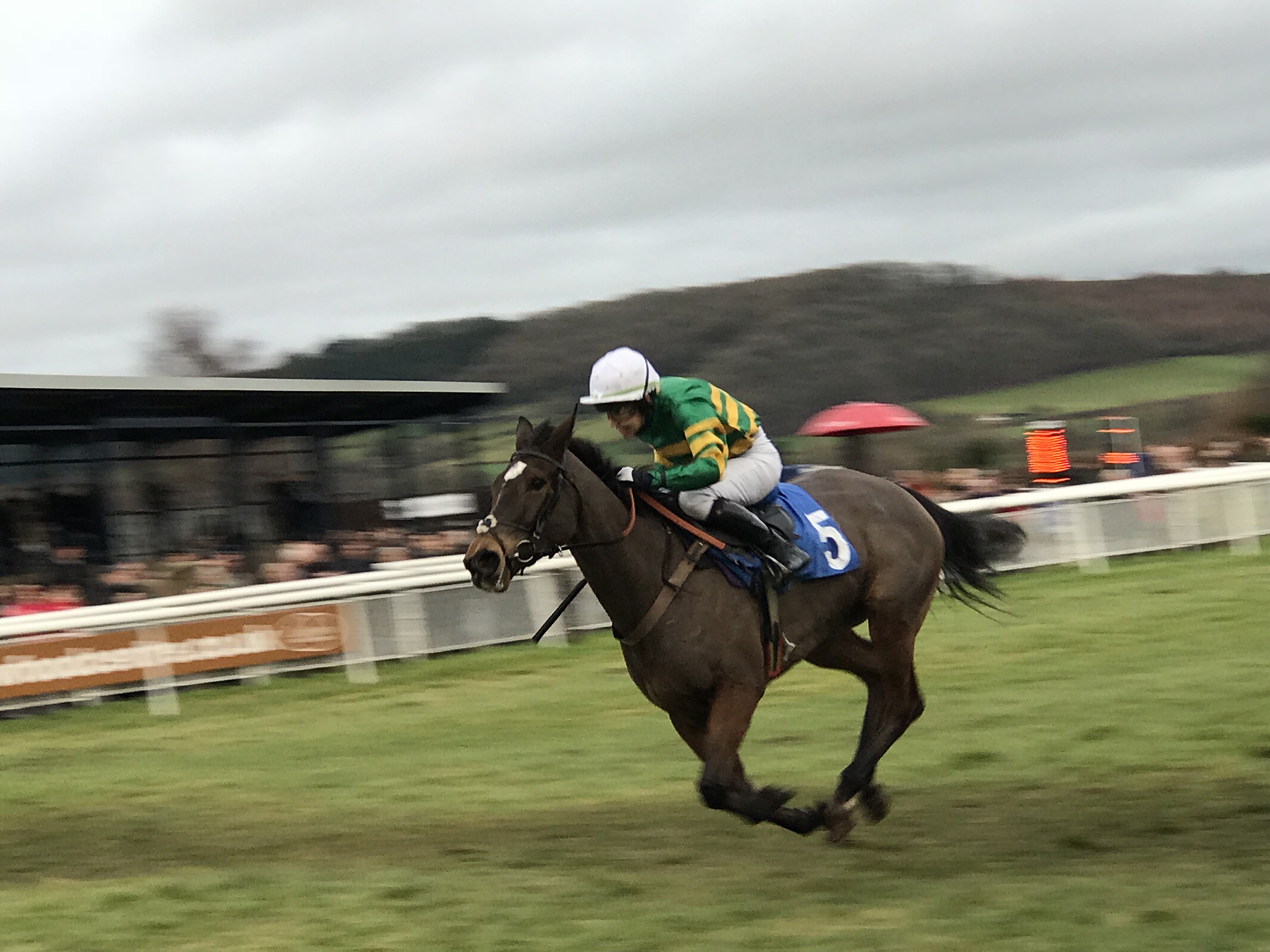 Many congratulations to Aine and winning connections. 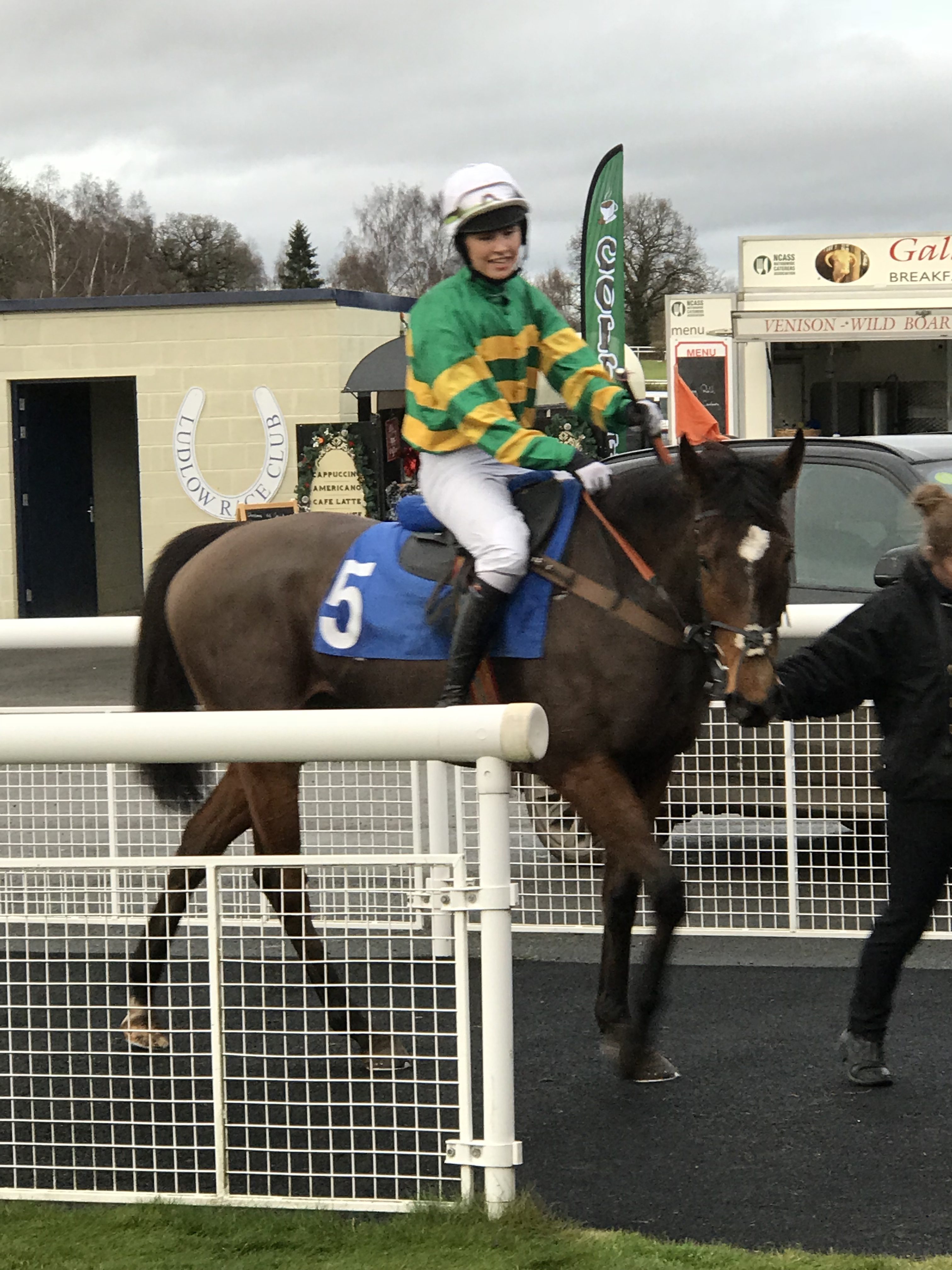 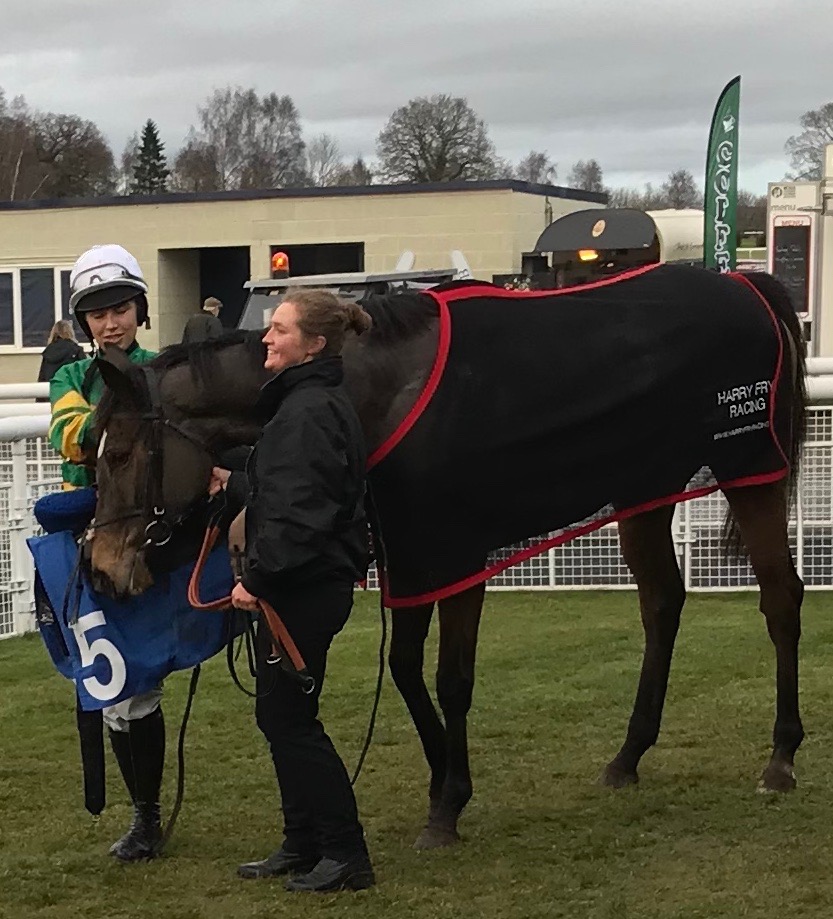 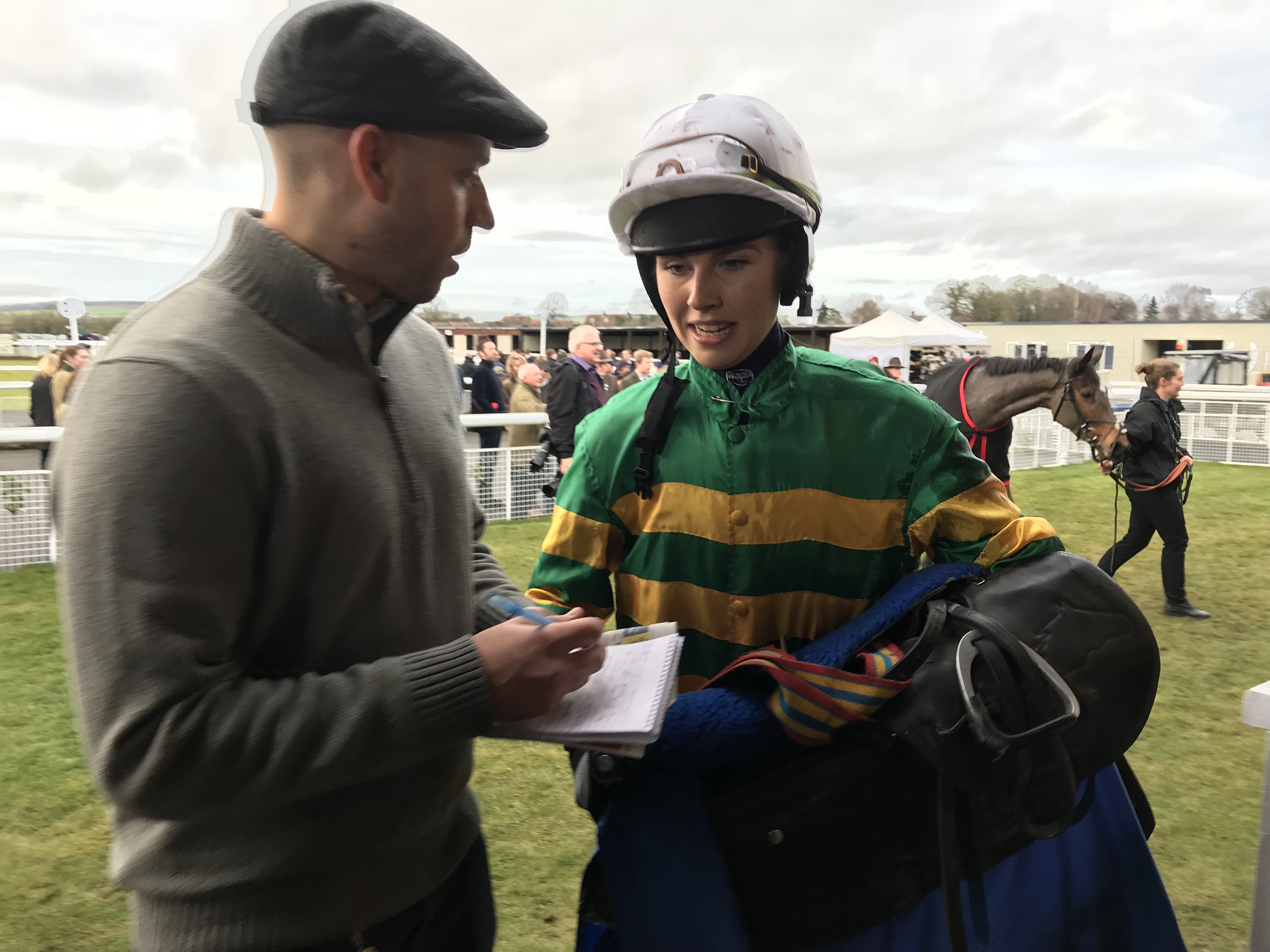 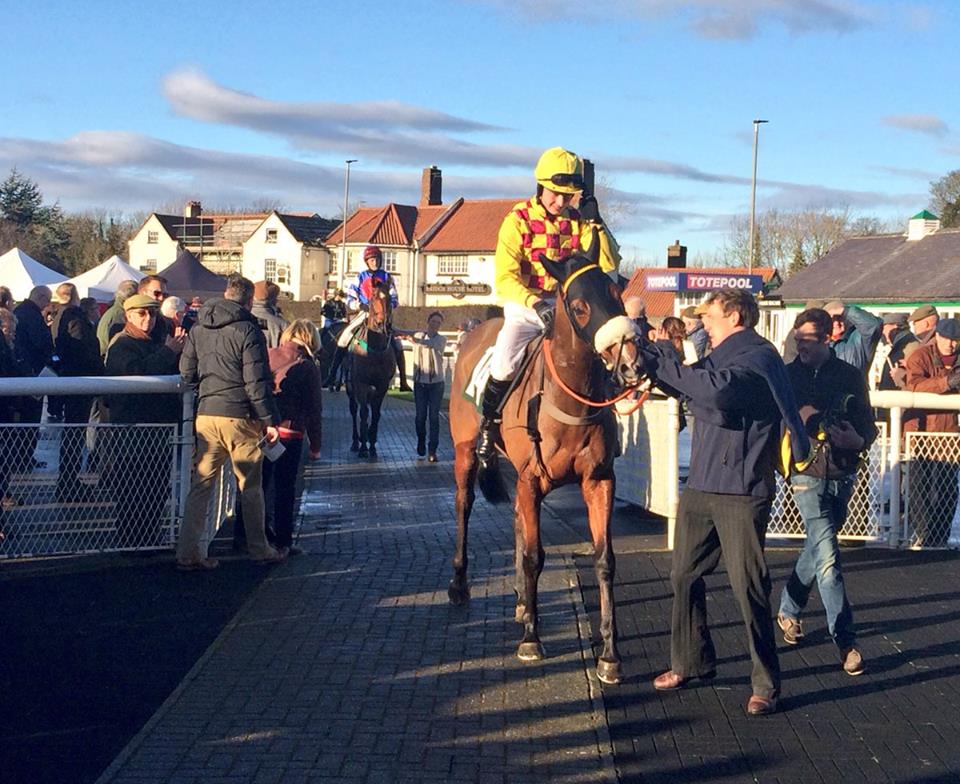 The racinguk.com Amateur Riders’ Handicap Hurdle at Catterick on 19th December was comfortably won by James King for Jennifer Mason on OSKAR DENARIUS, with Ella Mccain 2nd and Aaron Anderson3rd.

Always prominent, Oskar Denarius led before the 6th flight and was clear when surviving hitting the last to go on and win by 12 lengths.

Many congratulations to James and to winning connections.

Bruce Lynn wins at Wolves with Archipeligo by a neck! 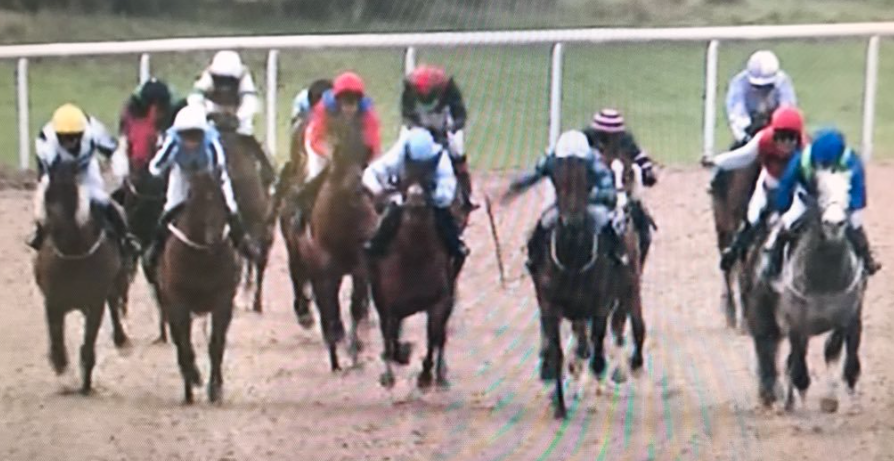 Iain Jardine brought ARCHIPELIGO down from Carrutherstown to Wolverhampton for the Betway Amateur Riders’ Handicap on 18th December and Bruce Lynn enjoyed a thrilling win denying Becky Smith by a neck! 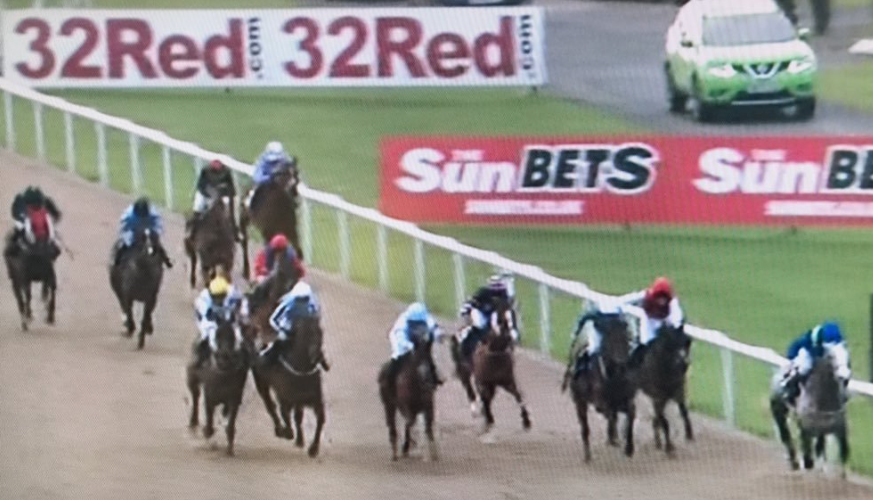 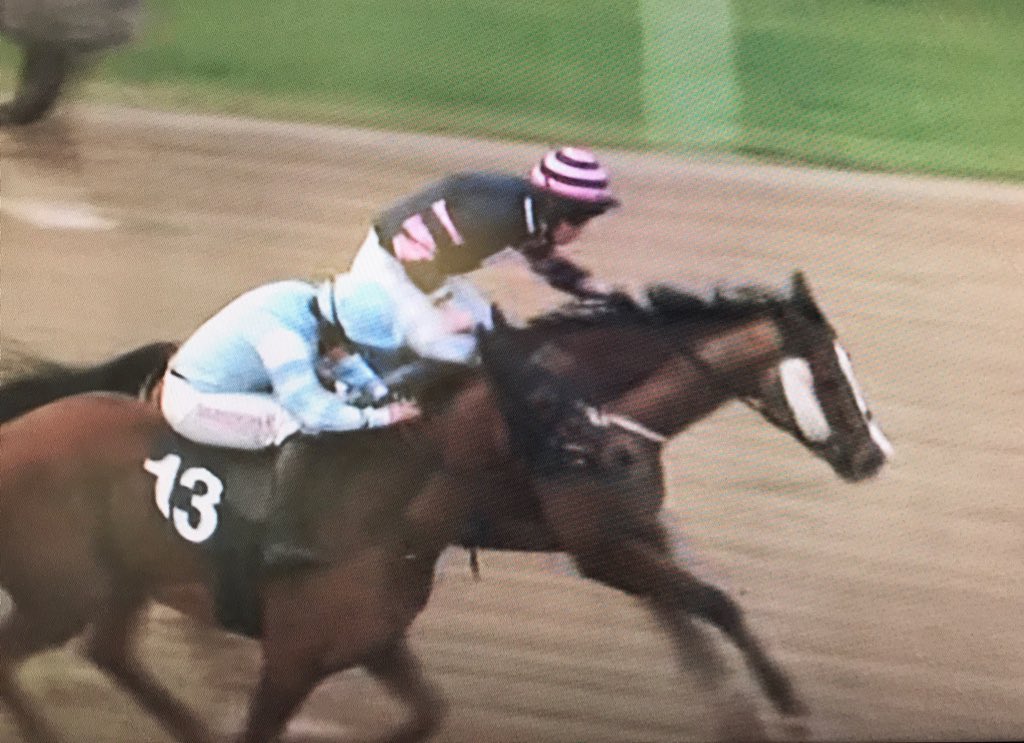 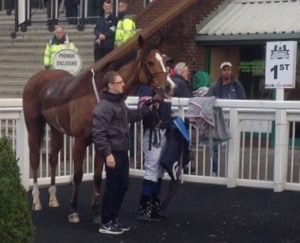 Southwell was the scene of the www.hall-fast.com Amateur Riders’ Handicap Hurdle on 17th December and well done to Noel George who won for his father Tom George when winning aboard DANDY DUKE.

Holding his horse up, Noel made headway from about three out and shook up Dandy Duke to take the lead as they approached the last and stay on to win by one and a half lengths. 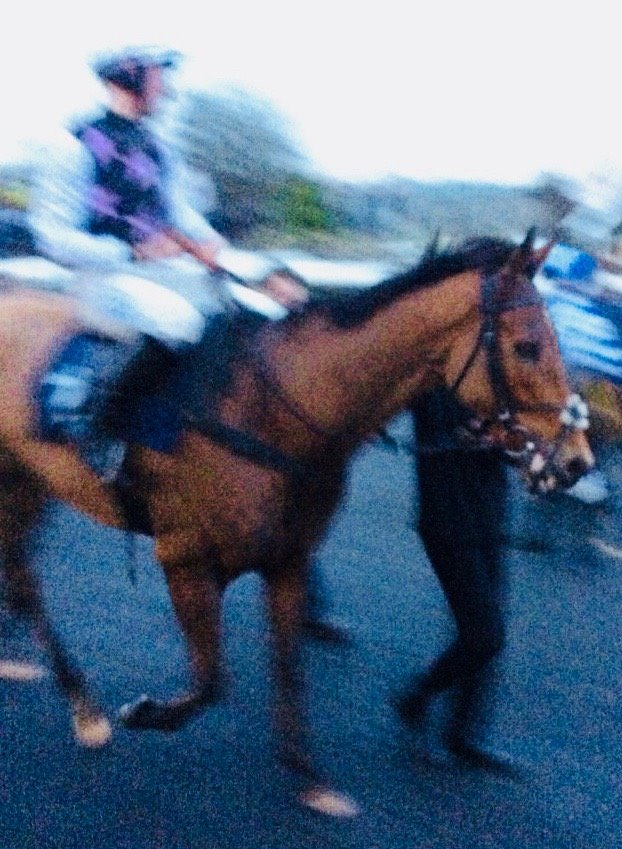 Congratulations (and apologies for the murky pic!). 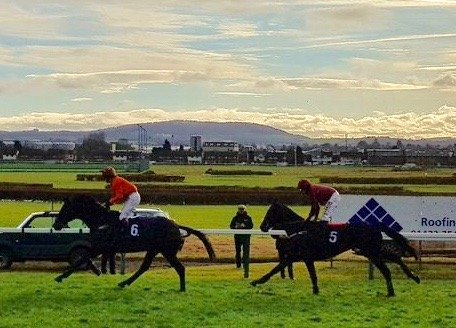 A great day for amateurs at Hereford on 16th December with not only Lorna Brooke winning aboard SPOCK but also Lorcan Williams winning the Central Roofing and Building Services Ltd Notices’ Chase, with WORK IN PROGRESS for Dan Skelton. 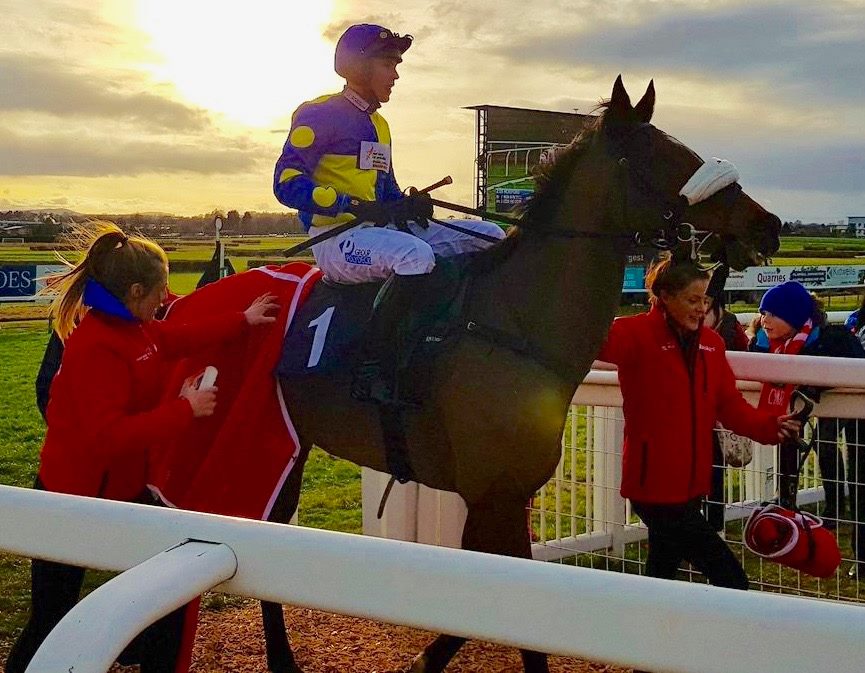 A three runner race, Lorcan was able to take advantage of the untidy jump of the last by favourite Ozzie The Oscar to lead soon after and drive his horse out to score by a length and a quarter. Well done Lorcan and winning connections!

Abbie McCain wins over hurdles at Bangor with Tawseef 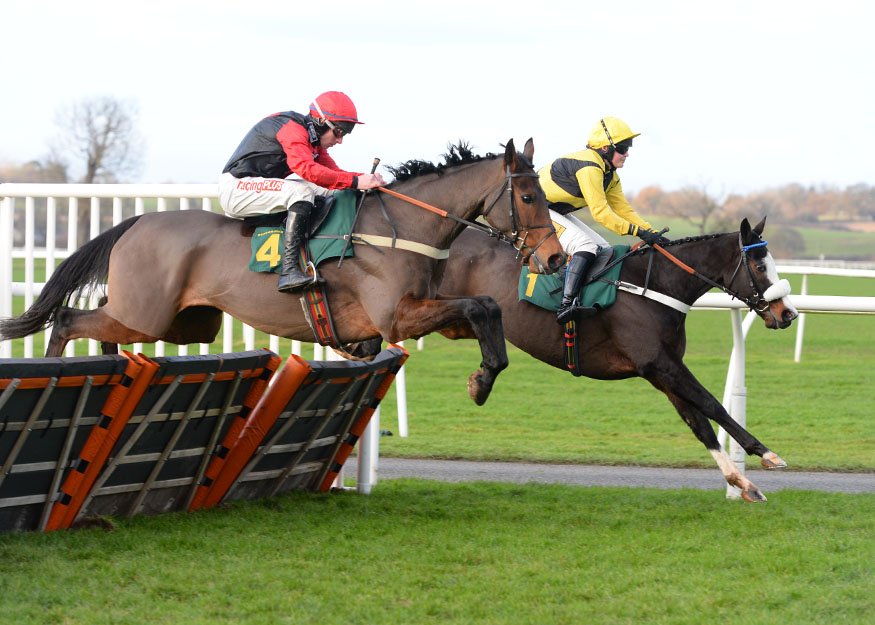 Congratulations to Abbie McCain on a great ride today at Bangor when riding against professionals and making all to go on to win by a length and a half with her father Donald McCain’s TAWSEEF in the Alfa Aggregate Products Golden Spurs Handicap Hurdle.  Well done Abbie! 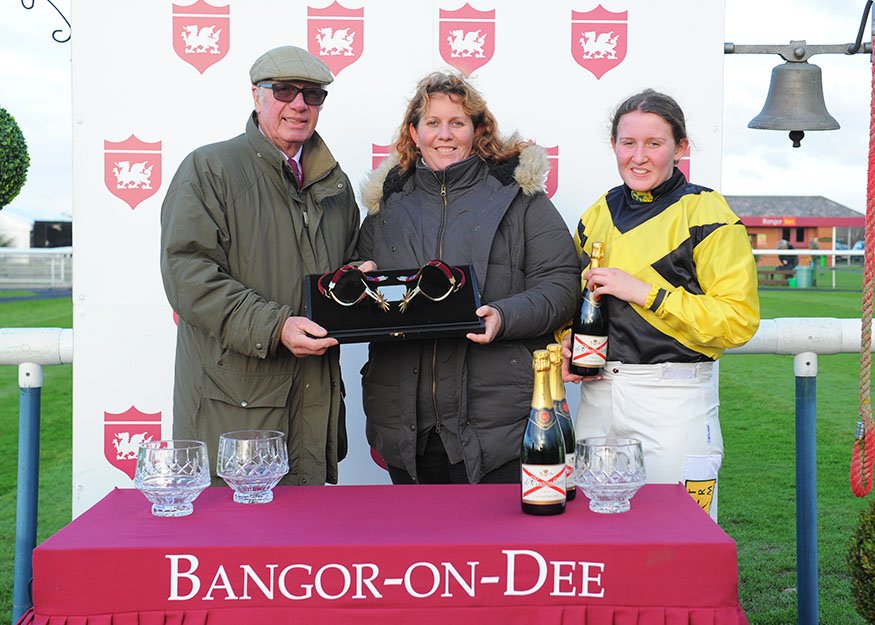 You can watch a video of the closing stages of the race here: 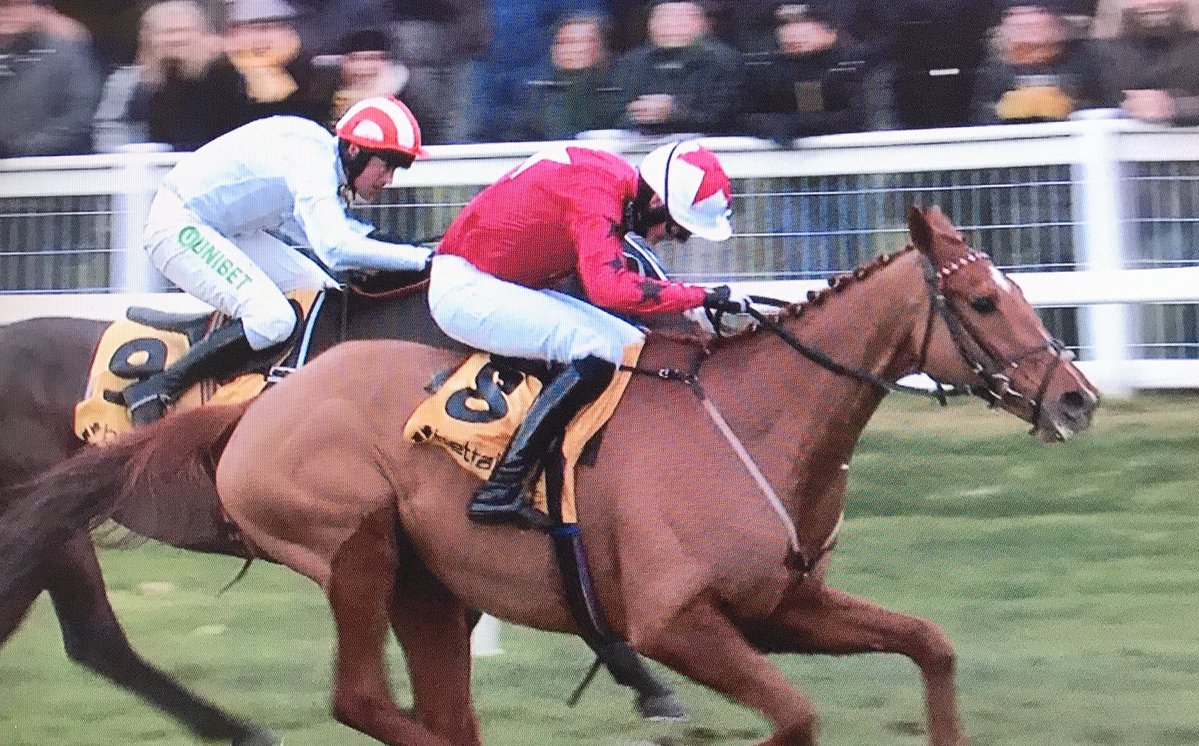 Many congratulations to leading gentleman amateur jockey Zac Baker for a fantastic win this afternoon with Ben Bens when victorious at Sandown. 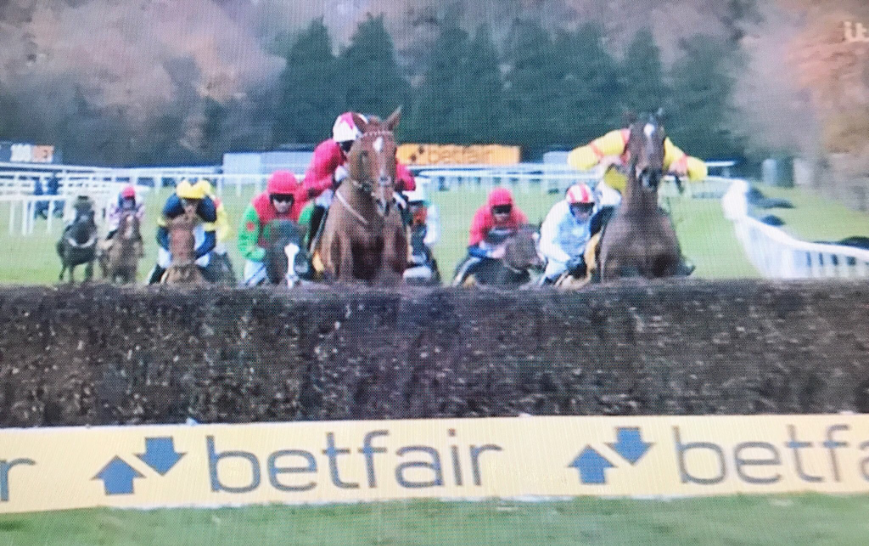 Trainer Nigel Twiston-Davies had already watched Blaklion with the Becher Chase at Aintree for the same owners which made the 12-year old’s victory even more remarkable. 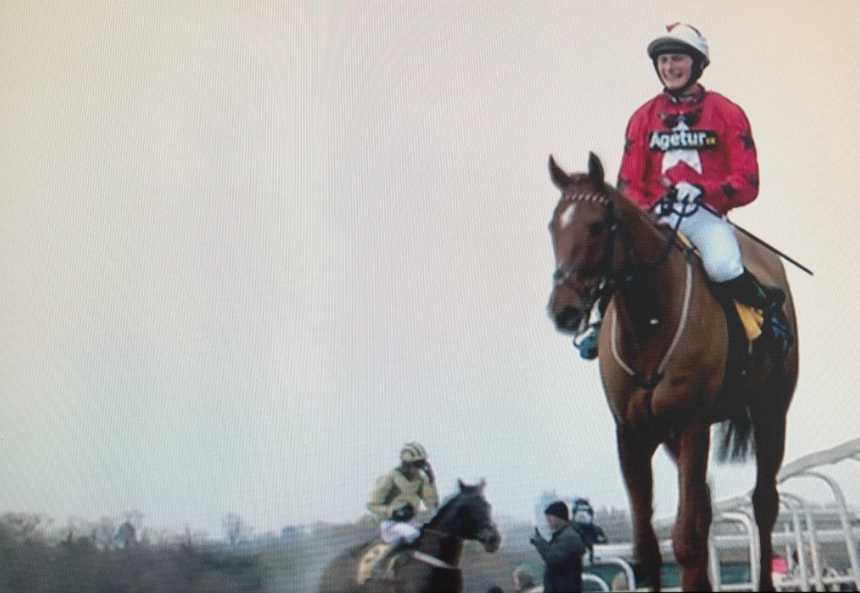 A delighted Zac said following the race “The amount of sweating I’ve done to take this ride! He was just amazing. It’s awesome – quite possibly the best ride I’ve been given.  I had 10 stone 9 lb which was a real struggle on Wednesday, so to do 10 stone 8 lb made it all worth it as we didn’t win far!  The ground was perfect for him, we got the lead, yet he wasn’t doing a tap in front.  Aidan came to me on the bend but I just flew.  I was very long at the last but he came up for me and that won it.  George will probably ring on the way home and my mum and dad are here – its massive.  its one of my favourite tracks and I’ve finally ridden a winner here.”

Watch the closing stages of the race here: 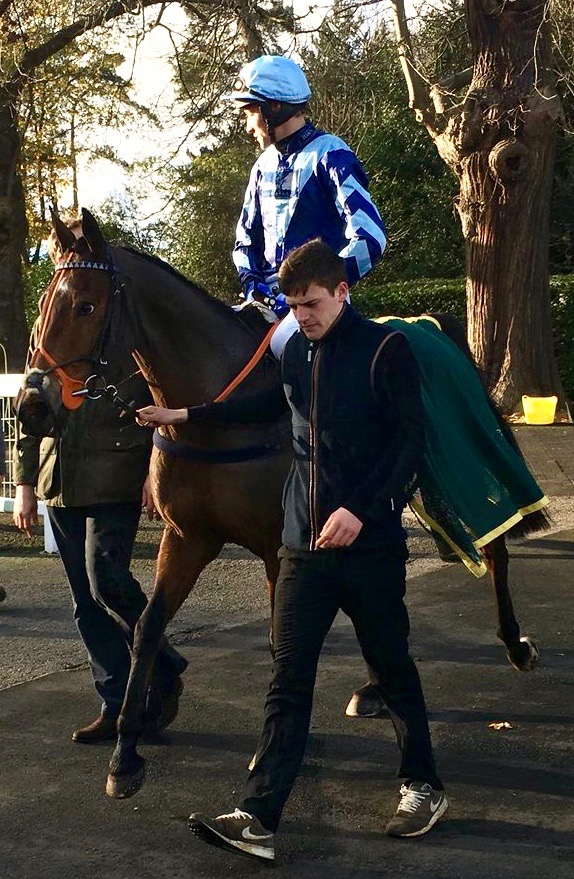 11 went to post yesterday at Sandown Park for the Holiday Inn Shepperton Handicap Chase for the John Dunsdon Memorial and the field was soon dramatically diminished to 9 with James King unseated at the first and Michael Legg similarly despatched at the second. As the race progressed and the chasing pack began to thin, the old gentleman of the party Charlie Longsdon’s 13-year-old PETE THE FEAT responded to the urgings of his jockey

🇮🇪 Damien Skehan and led from 3 out to gallop on gamely up the hill and win by 2 3/4 lengths. Well done to Damien not only on this great 25/1 win but also on finding his way to the racecourse in the first place, having got lost on the way! Many congratulations to winning connections. 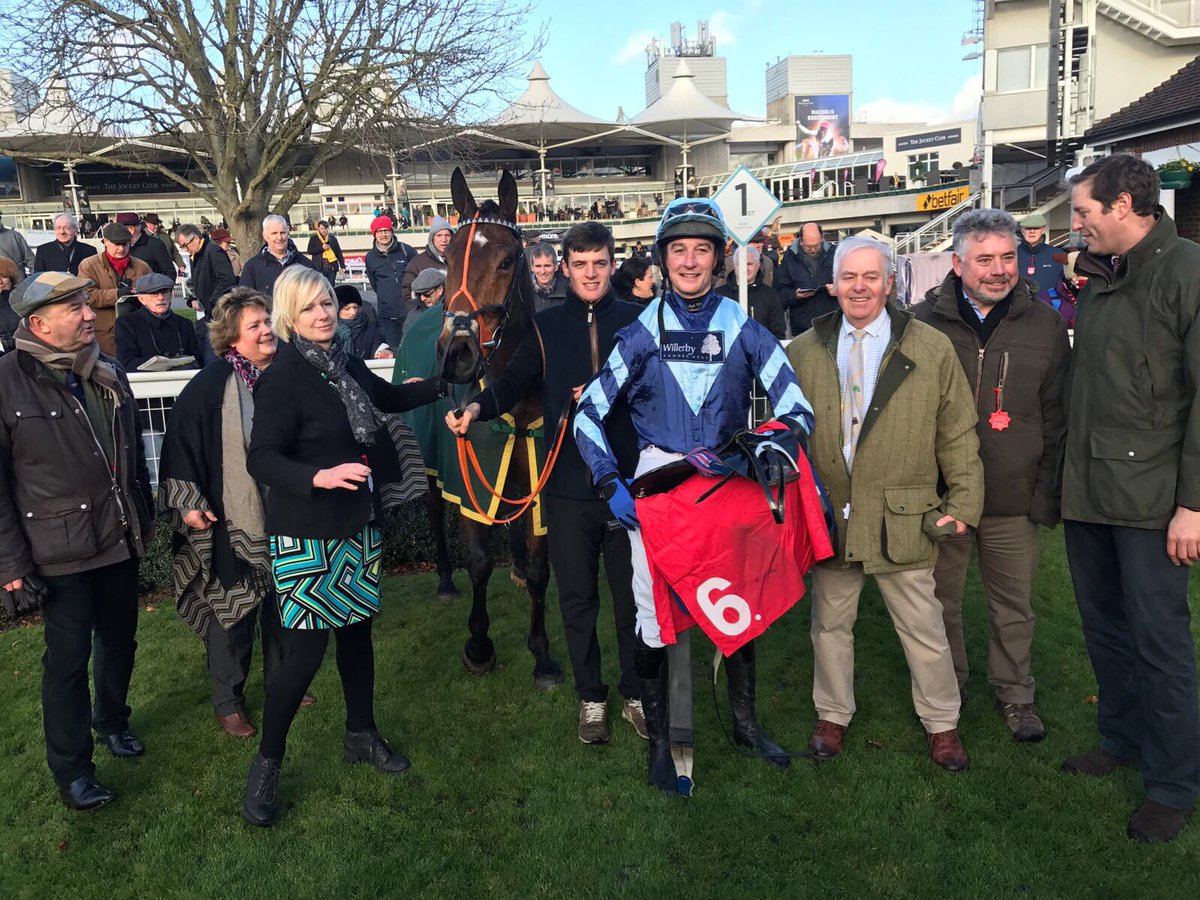 Thanks must go to our sponsors David Dunsdon for this valuable steeplechase within the amateur calendar which contributes towards the build-up for our top amateur chases of the season eagerly anticipated in the Spring.

Enjoy the closing stages of the race here:

3 amateur wins across the country

Yesterday was a red letter day for amateurs with 3 amateur jockeys enjoying wins across the country. 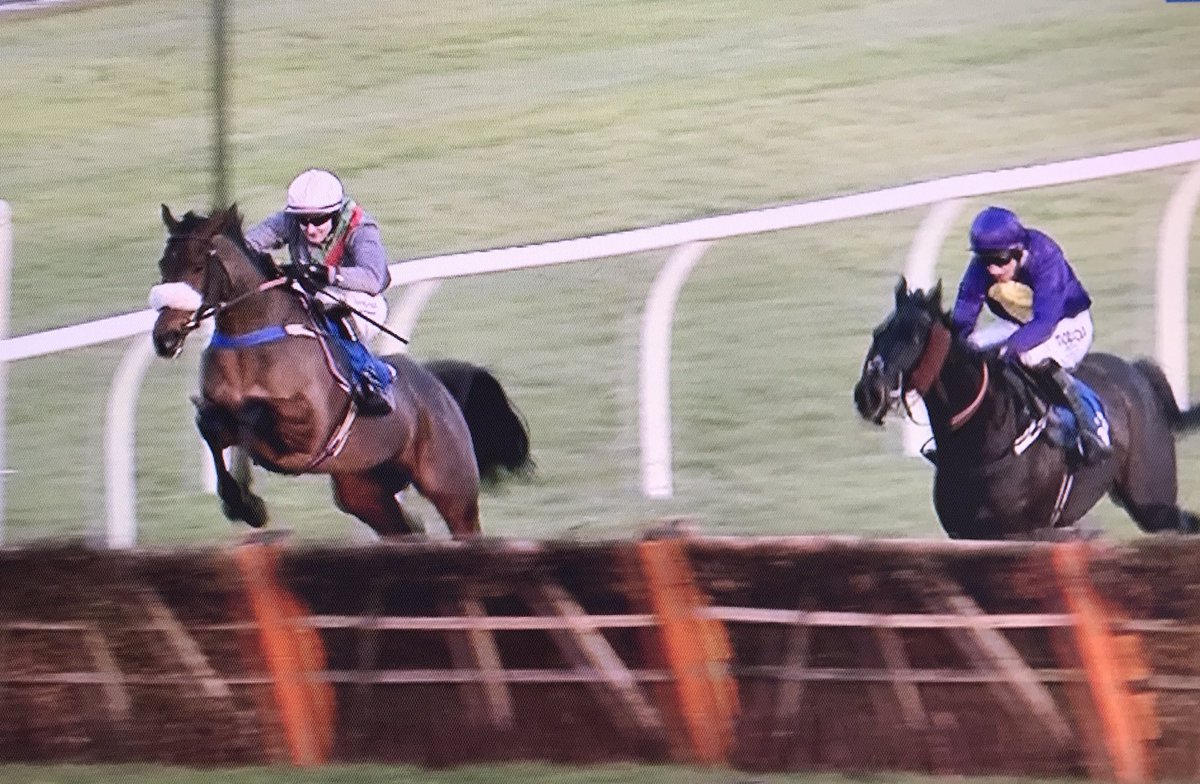 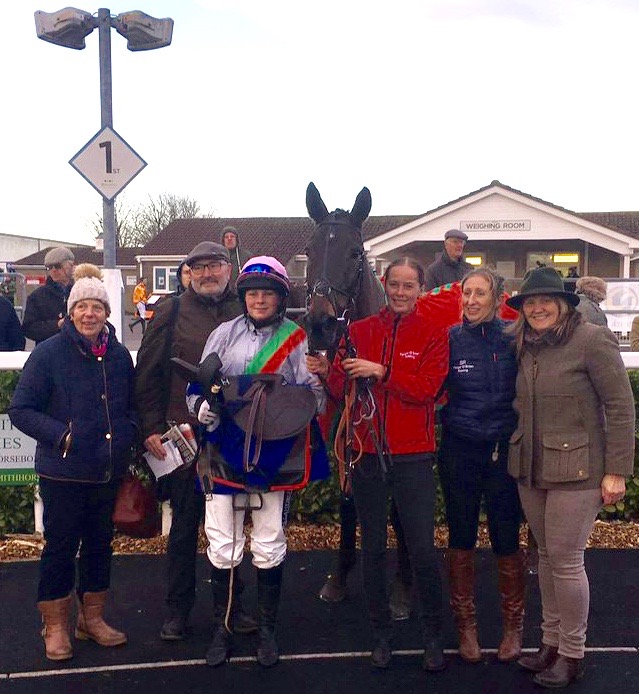 The first of an across-the-card double for owner Gloucester farmer John King with 13-year-old RATIFY dominated the field in the Jockey Club Catering Amateur Riders’ Handicap Chase at Wincanton, making all under Lilly Pinchin for Fergal O’Brien to give a fantastic display of jumping and win by a distance. Fergal O’Brien said “I am absolutely delighted. He’s a great enthusiast and I told Lilly to ride him like she rides Creevytennant, another front runner, and he jumped from fence to fence.”

An easy win for Ratify (4-1) in the 2m4f Amateur Riders' Handicap Chase on his first start for @fergalobrien07. pic.twitter.com/mNCBFqYaZU

While Leicester proved a happy hunting ground for Brodie Hampson defying a penalty (after their victory at Hereford a week ago) aboard COUGAR KID and following up for John O’Shea in the handicap hurdle. Brodie said “He’s in a happy place and I’d like to think he can win again. You have to ride him as you play him – he’s different in every race and John does a great job in keeping him sweet.” Very many congratulations to all winning connections on a great day for amateurs! Congratulations to Jessica Cooley winning on the All-Weather at Lingfield today for Alan Bailey with STRICTLY ART, the 4th win of the horse’s career and their 3rd win together since June when they enjoyed success at Goodwood. Well done Jess!