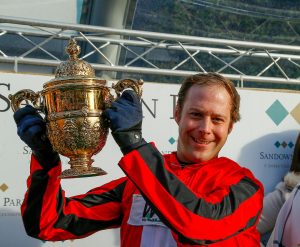 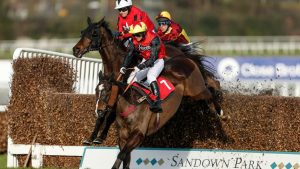 Producing his horse with perfect timing, Guy patiently waited until the last before urging the 10-year-old up the hill to win comfortably. 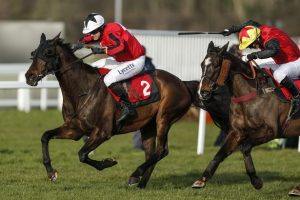 Following his win, Guy said “I think when you’re on a horse like this who jumps, travels and has been round the course and distance, it’s lovely.  Look at his run in the Welsh National – he’s very good.  It’s very nice to ride a horse like that.  I saw Roddi Greene in the week – I’ve had a few bad falls this year – and I was just trying to calm things down a little bit. There’s more time than you think and you don’t have to rush. 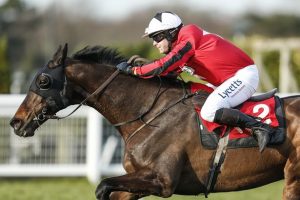 “You can’t bottle the feeling of winning this race – I didn’t want to rest on my laurels from last year – and I’m chuffed for David [Pipe] and Fergus Wilson.

Regarding the connections between horse and servicemen, Disney added: “I think if you look back, there used to be such a connection between the horses and military. It’s not a real job for us – the majority of riders have been in Iraq, Afghanistan or Bosnia – and it’s great that the big trainers run horses in this race. It’s a real priviledge to take part.”

Huge congratulations to Guy on making history by recording the first back-to-back win of this wonderful race.