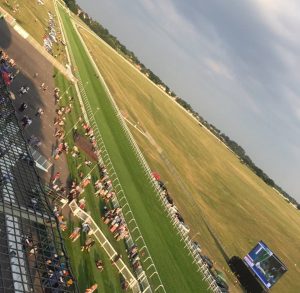 What a horse! What a ride! Many congratulations Joanna Mason on a great ride aboard the legendary TAPIS LIBRE who seems to have made the Ladies Derby at Epsom his own! 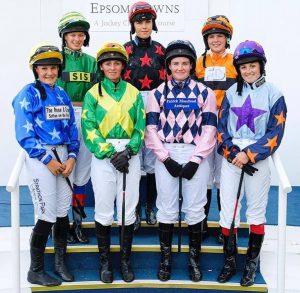 Victorious now in this unique race no less than four times, last night being his third in succession, Joanna began urging her horse along before they turned for home. Under strong and patient driving, Tapis Libre steadily closed to stay on strongly and take up the lead inside the last 75 yards. 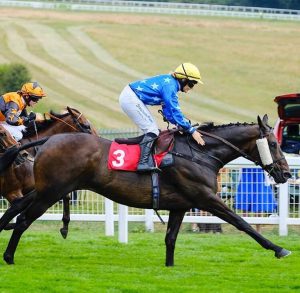 No stranger to adversity herself, having come back from a serious spinal injury following a point-to-point fall in 2015, Joanna’s sister Laura survived hospital blunders and a serious illness last year. Tapis Libre runs in the colours of The Laura Mason Syndicate which was formed to boost Laura’s recovery and it looks like the best medicine!

Clearly Joanna has formed a great partnership with Tapis Libre – this was their ninth victory in all so far!  Many congratulations to horse, jockey and cousin trainer Jacqueline Coward.

Enjoy watching the closes of the race here:

It didn't look likely for a while, but Tapis Libre eventually stays on strongly to win the Focus Rigging Ladies' Derby Handicap (for Lady Amateur Riders) for the fourth time under Joanna Mason!