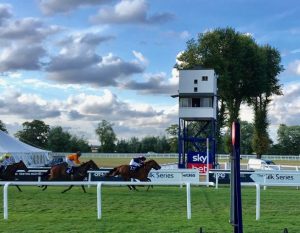 The pro/am ladies Silk Series continued at Royal Windsor last Monday evening, 30th July. 15 ran over 6 furlongs with Jamie Osborne’s VEGAS BOY making all under Alexandra Bell and, despite hanging left in the final couple of furlongs, the partnership just held on by a short head from Arabella Tucker and John Flint’s WINKLEMANN, with Kathy Begley a length and a half third. 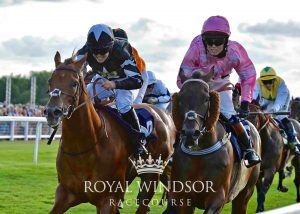 Congratulations to Alexandra on a first career win – a great achievement especially when competing against professionals! 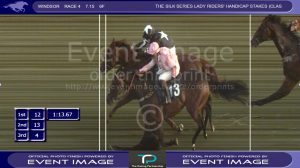 It was good to see three amateurs occupying the first three places, and many congratulations to Alexandra and winning connections on their tremendous success!