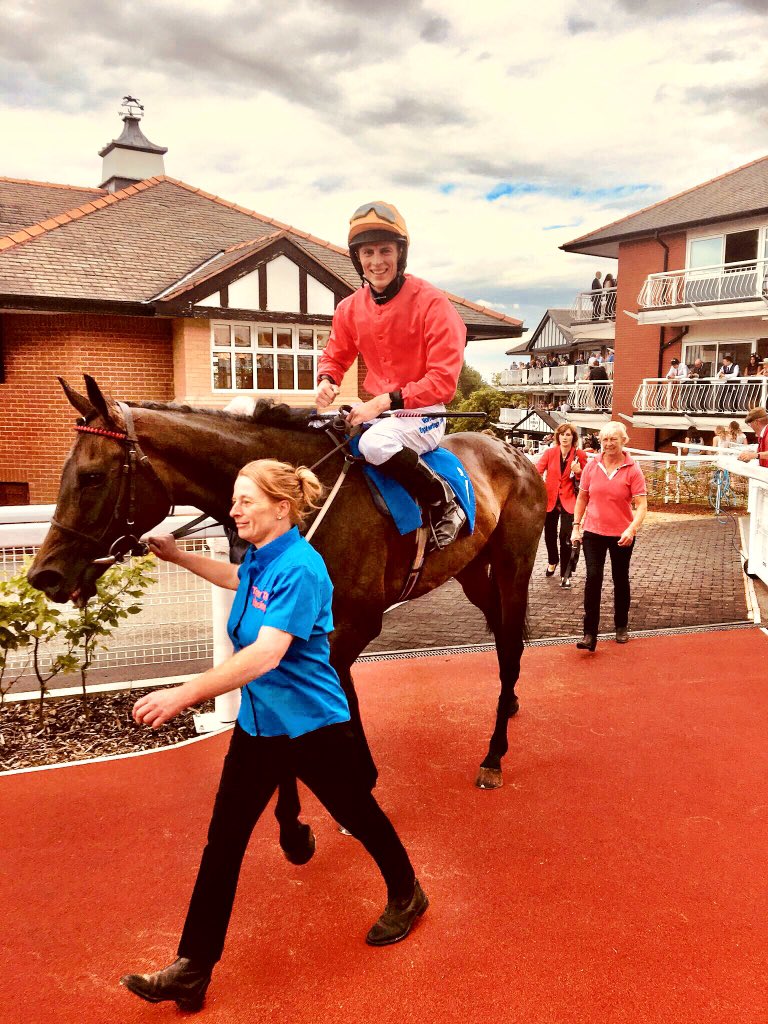 Congratulations to reigning champion Patrick Millman on a great victory at Pontefract on Wednesday with FIRST DANCE at 25/1 in the 6 runner field!

Holding his horse up in the early stages of the race, Patrick urged her along two furlongs from home to head FINAL ROCK ridden by Simon Walker in the final furlong.  The winning partnership took up the  lead inside the last 100 yards to win by a half a length and deny favourite FINAL ROCK a four-timer.  Following the race Patrick said “One of the reasons I asked to ride her was so I could pop in and see my brother James who lives in Leeds.  Hopefully he’ll take me out in the city and buy me a meal now.”

This was the first win for the mare on turf and over a longer distance than ever previously in the One mile two furlong race and her trainer Tom Tate said “We thought First Dance needed the extra distance and now we’ve found out she stays this far she’ll probably stay further.”

Many congratulations to Patrick and winning connections.  Patrick now shares the lead with Dr Misha Voikhansky for the men’s championship.