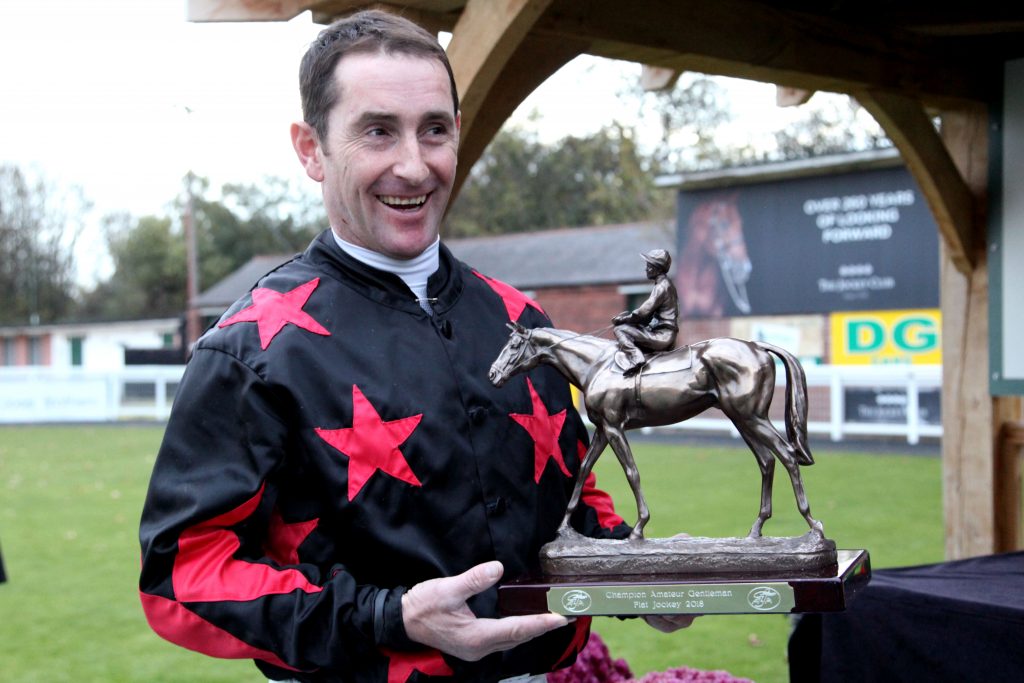 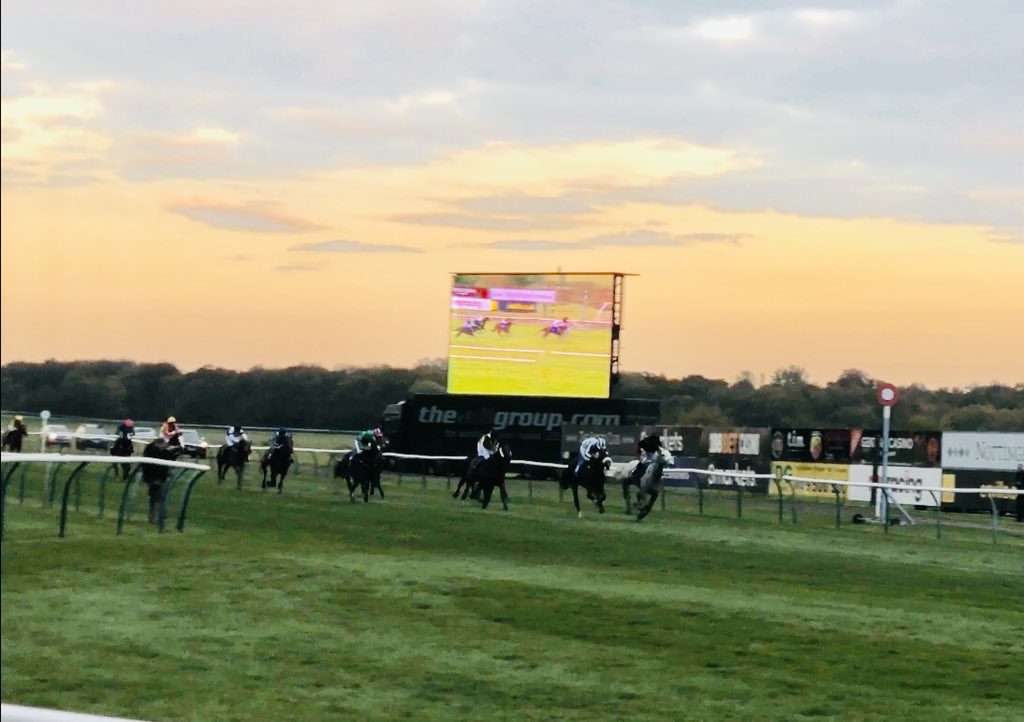 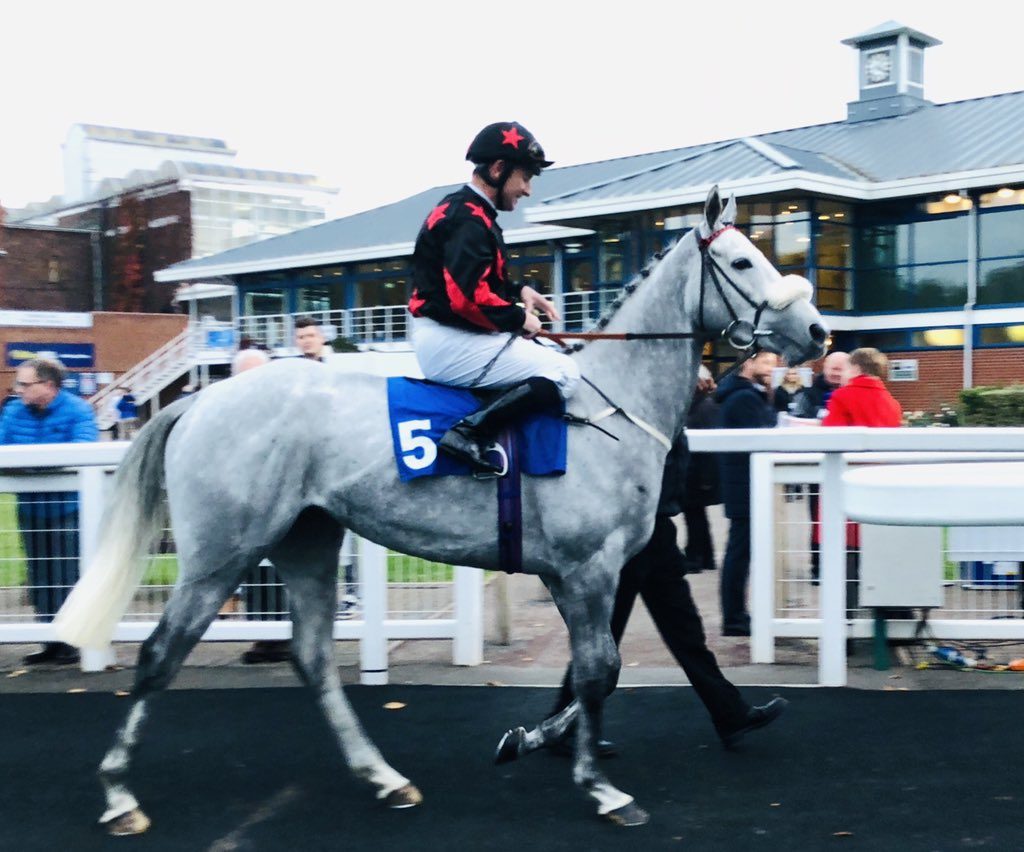 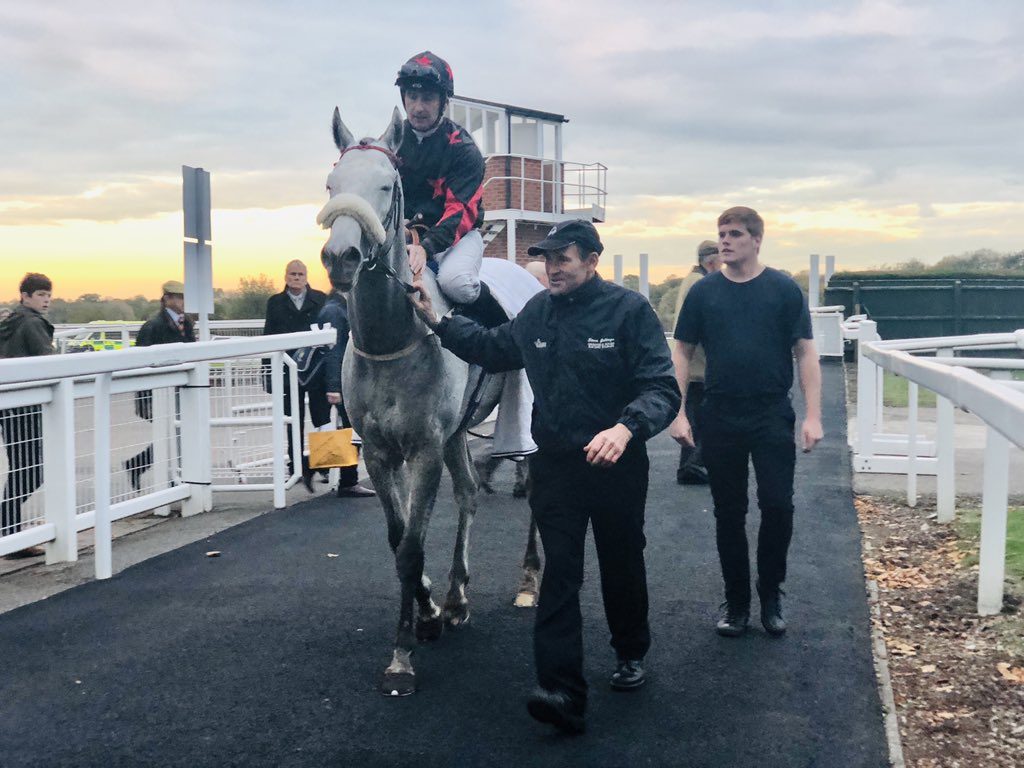 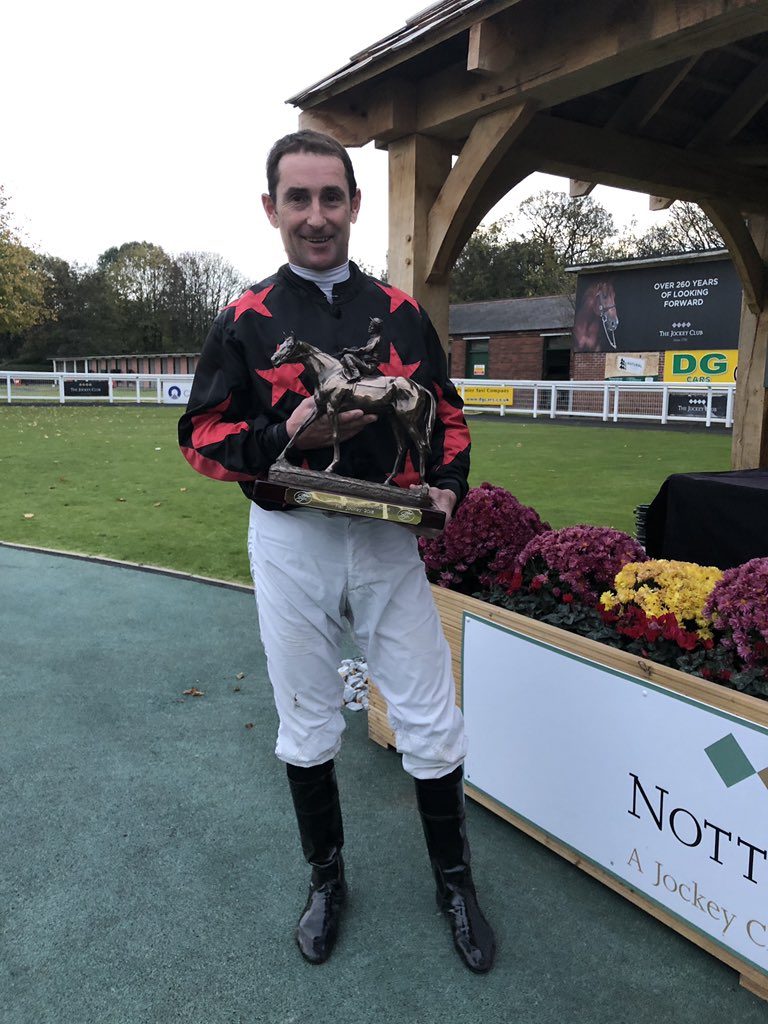 Huge congratulations to our 2018 Gentleman Flat Champion Jockey, Simon Walker, for yet another championship to add to the 11 already credited to his name. Simon in fact won his first championship back in 2003, just 3 years after Ryan Moore claimed the title, and has dominated the gentleman’s championships ever since alongside a hugely successful career as a regular champion jockey of Arabians.

The Amateur Jockeys Association Handicap over a mile and a quarter at Nottingham last night saw 13 runners go to post in the fading light. Leaving no doubt and stamping his authority on the 2018 championship, Simon gave a copybook ride to Steve Golling’s striking grey NEVADA to win by a neck from Kaine Wood and MR CARBONATOR for Philip Kirby, with Fergus Fillard 2 1/2 lengths third on David Pipe’s DREAM FREE.

The victory extended Simon’s lead to conclude the season with 5 wins, with last year’s Champion Pat Millman a valiant runner-up with 3 wins. Very many congratulations to Simon on yet another fantastic achievement and to winning connections on a fine win.

Well done to all our gentleman riders who have enjoyed winning rides this season and here’s hoping we can add more races to the calendar to look forward to for 2019!