Brave Brodie Bounces Back from Injury 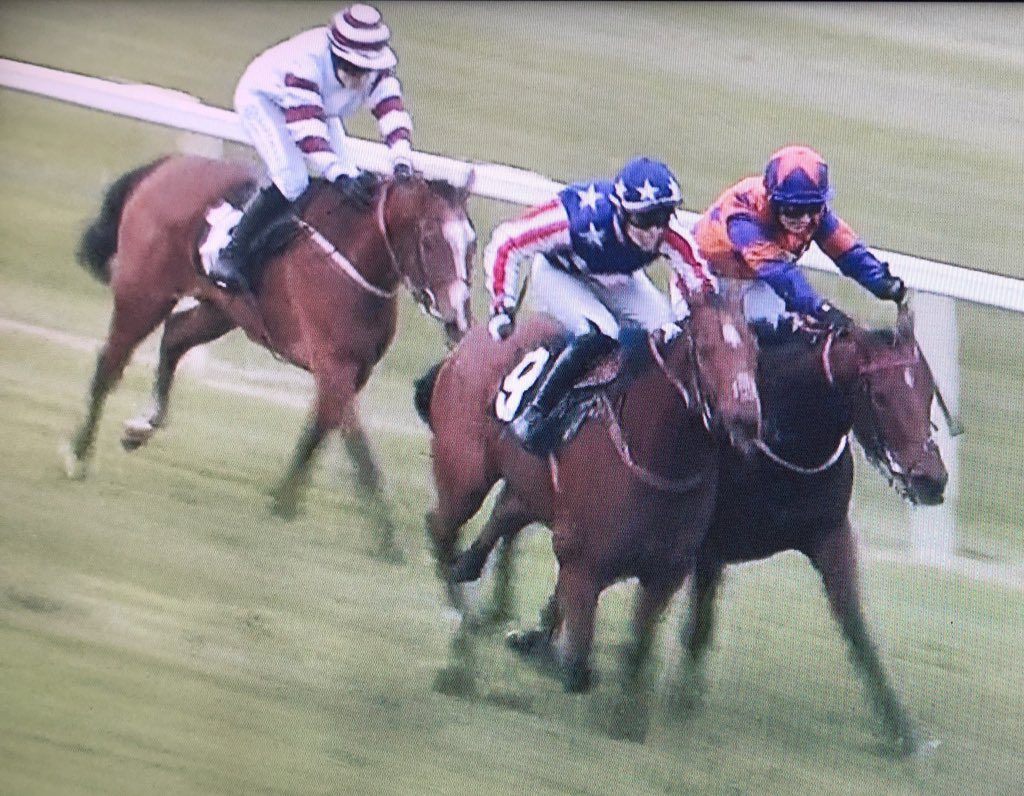 The penultimate ladies Flat race of the season held at Newbury on Saturday 28 October with 16 runners provided a dramatic result.   A Stewards Enquiry was called after this season’s leading jumps lady Aine O’Connor was first past the post with Harry Fry’s PRESS GANG a short head in front of Brodie Hampson and Ian Williams’s WAR BRIGADE, which resulted in a photo finish.  (Joanna Mason finished 2 1/4 lengths back in third with Hughie Morrison’s AFFAIR.) 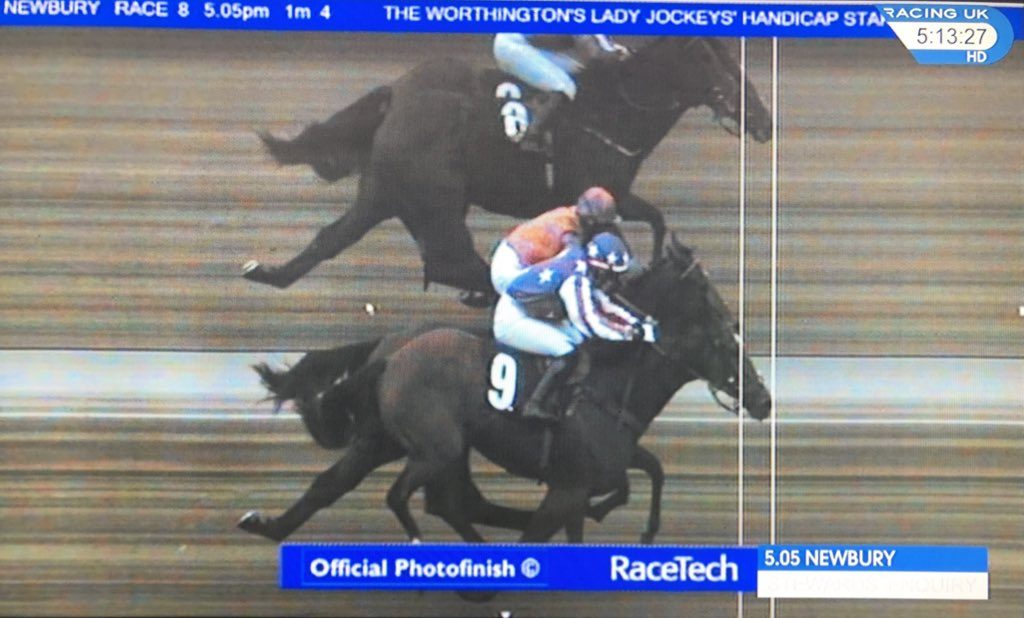 The Stewards concluded their enquiry by reversing the placings, awarding the race to Brodie Hampson, having viewed Press Gang edge to his left under a right handed drive which carried War Brigade to the left.  Unfortunately Aine was suspended for 2 days for careless riding and a shocked Harry Fry said “We’ve lost a few stewards’ enquiries now, so I thought one would go our way, but the longer it went on the more nervous I was getting.” 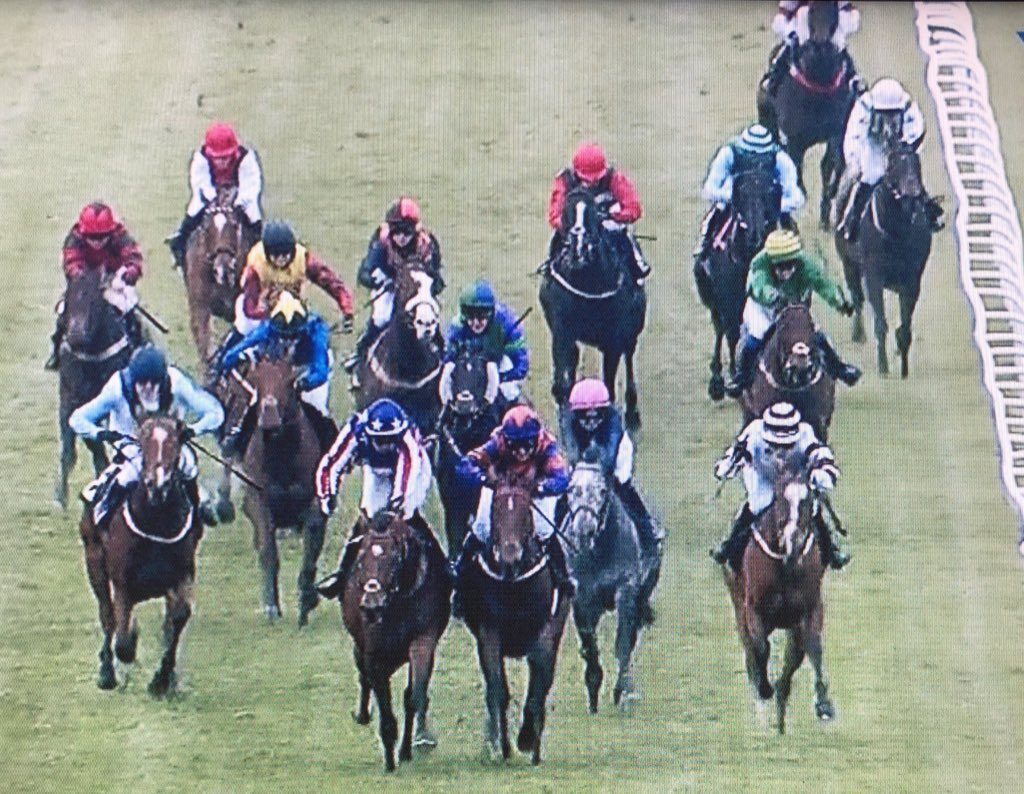 Nothing however should detract from the great achievement of the winning rider Brodie Hampson who has made a remarkable recovery back to full fitness following her horror fall at Newton Abbot at the end of June when she sustained multiple fractures to her spine and severe concussion.  Many congratulations to Brodie and also to winning connections. 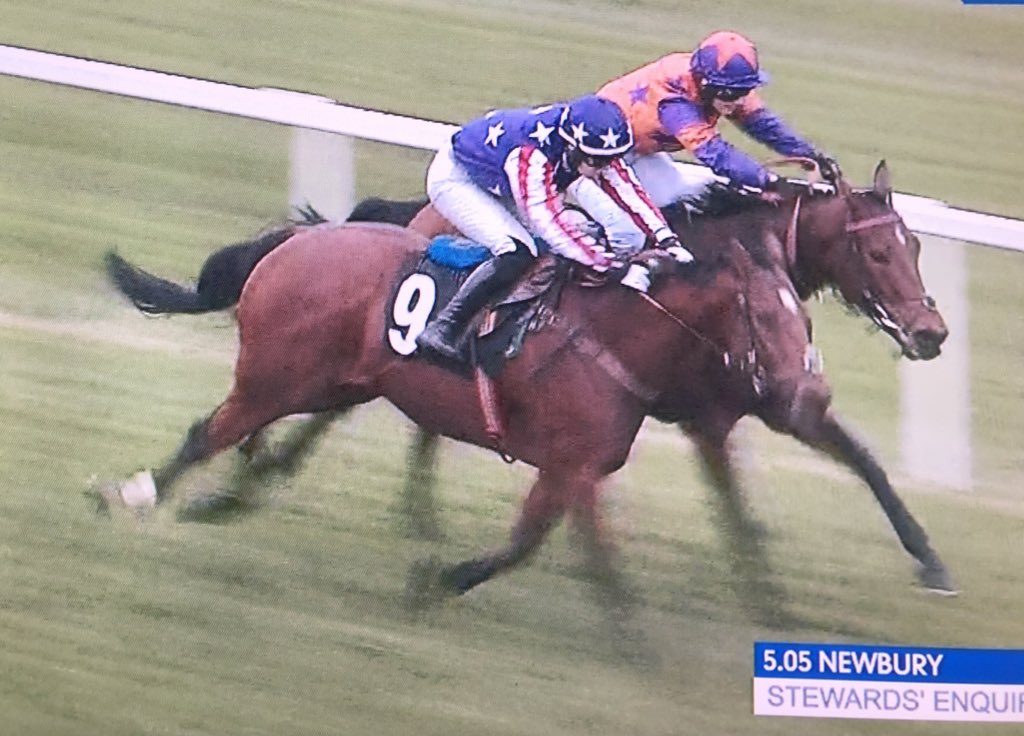 Brodie went on to prove she is back with a vengeance after enjoying another visit to the winner’s enclosure just 6 days later on Friday at Uttoxeter.  Partnering KNIGHT CRUSADER for John O’Shea in the pro/am bumper over a mile and 7,  Brodie held her horse up until half a mile from home when she began to drive her horse forward to lead a furlong out and win by 1 3/4 lengths.

Well done Brodie on a great ride!  You can watch victorious Brodie return to the saddling enclosure here: