With the close of the Flat season tomorrow and our own amateur Flat season now put to bed, full focus is on our National Hunt season which is of course well under way.

No mistake this time as Robinshill makes amends for his spill a fortnight ago under Zac Baker @NigelTwistonDav pic.twitter.com/UP2FZ35Ooc

Many congratulations to Zac Baker who extended his lead in the gentlemen’s championship with a fine win yesterday at Ludlow to make it 4 wins so far this season. Partnering ROBINSHILL (who had dropped Jamie Bargary at the final fence with the race at his mercy on his last run) Zac gave the horse a confident and patient ride and survived a jinx at the last to drive him out for an impressive 5 length victory.

Nigel Twiston-Davies said “The horse was desperately unlucky last time and the handicapper put him up 4 lb for basically getting beaten, which was hardly ideal. He jumped pretty well this time and Zac organised him at the last when seeing a nice stride – so all is well that ends well.” 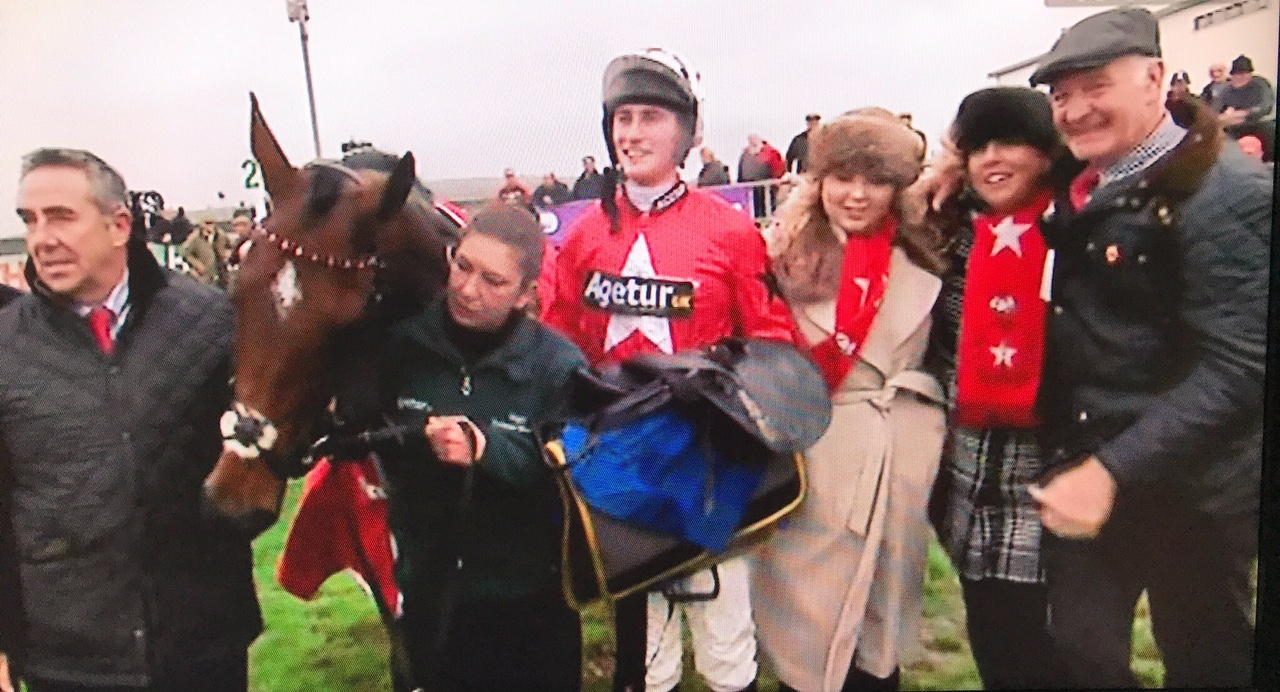 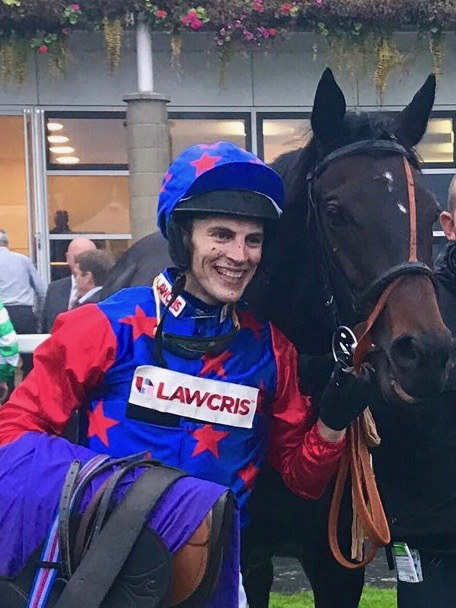 The withdrawal of 4 declared runners before the start of our last gents Flat race of the season saw leading jockey Pat Millman without a ride but his lead could not be reached by any of his weighing room colleagues and he is our 2017 Gentleman Amateur Flat Jockey. Huge congratulations to Pat on this great achievement. Pat is the first ex-apprentice to revert back to amateur status and become champion.

Interestingly this is the first time in more than a decade that anyone has got past Simon Walker for either of the top 2 slots in the championship, Simon having won this championship no less than 12 times over the past 14 years and been runner-up in the other 2!  Simon first won this championship back in 2003, just 3 years after an amateur called Ryan Moore was crowned Gentleman Amateur Flat Champion Jockey back in 2000.

Many congratulations also to Ben James who managed to go one ahead of Simon and finish the season with 4 wins to give him the runner-up slot. Again this is a real achievement. Ben leaves Newmarket next week for sunnier climes to join Gai Waterhouse for 12 months and we wish him the very best of luck. 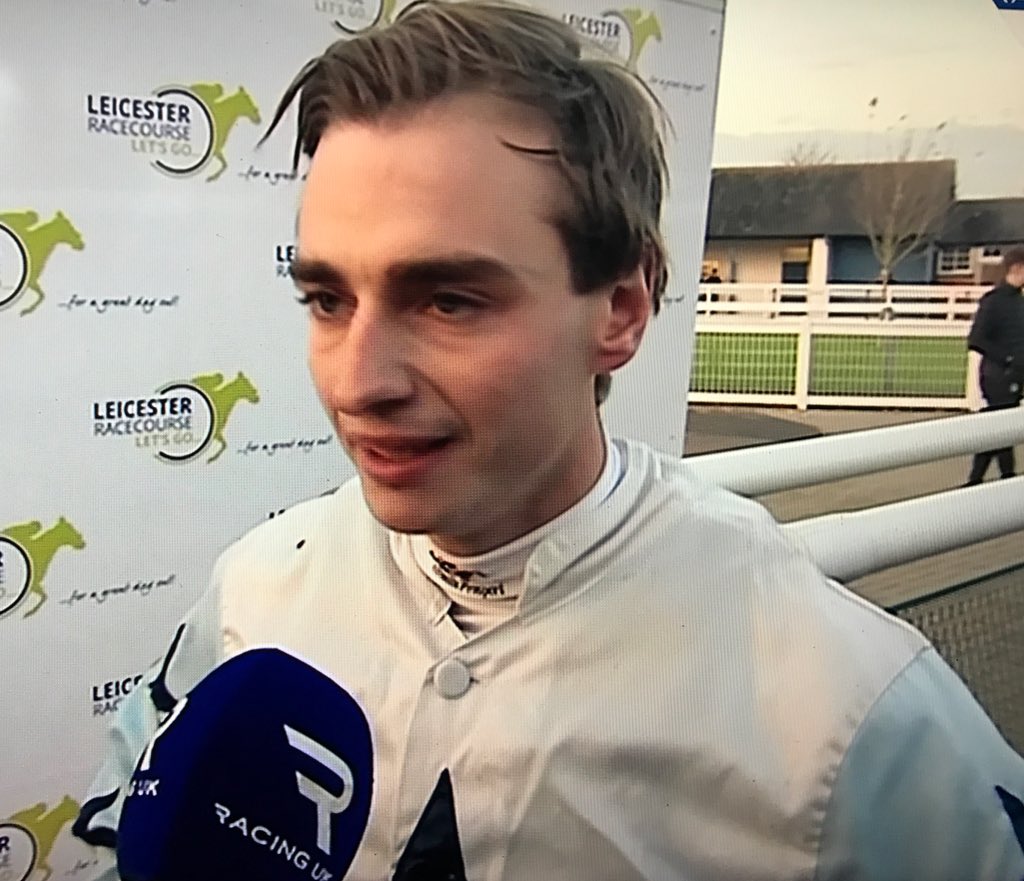 Well done to all of our gentleman riders who have enjoyed riding winners this season! 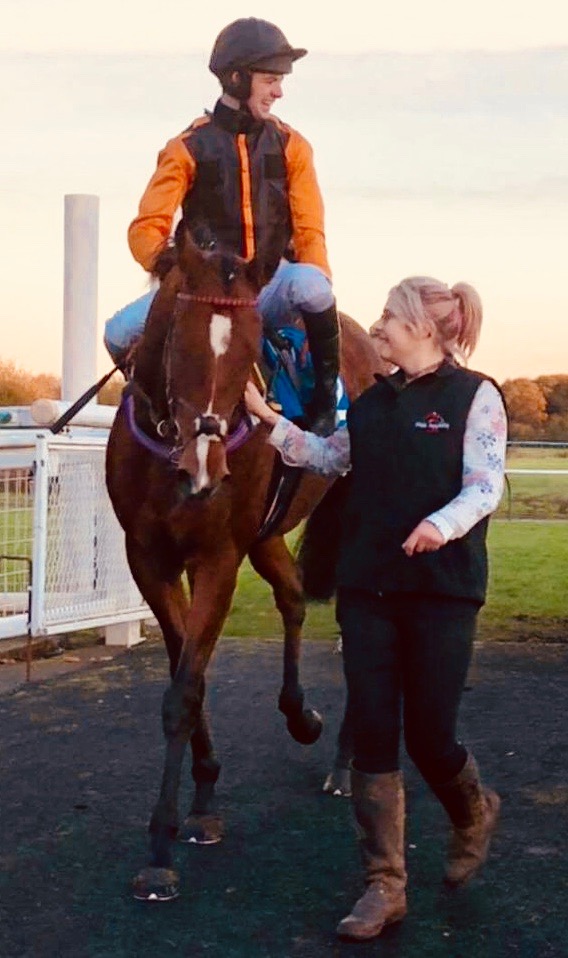 Many congratulations to Jay Kendrick who won the last men’s race of the season tonight at Nottingham with Mick Michael Appleby’s Topamichi to reward the horse’s patient owners The Horse Watchers who have given the horse time to overcome niggling problems and run to his best. Clearly Jay’s recent trip to China and the experience of riding out there put him spot on for this winning ride! 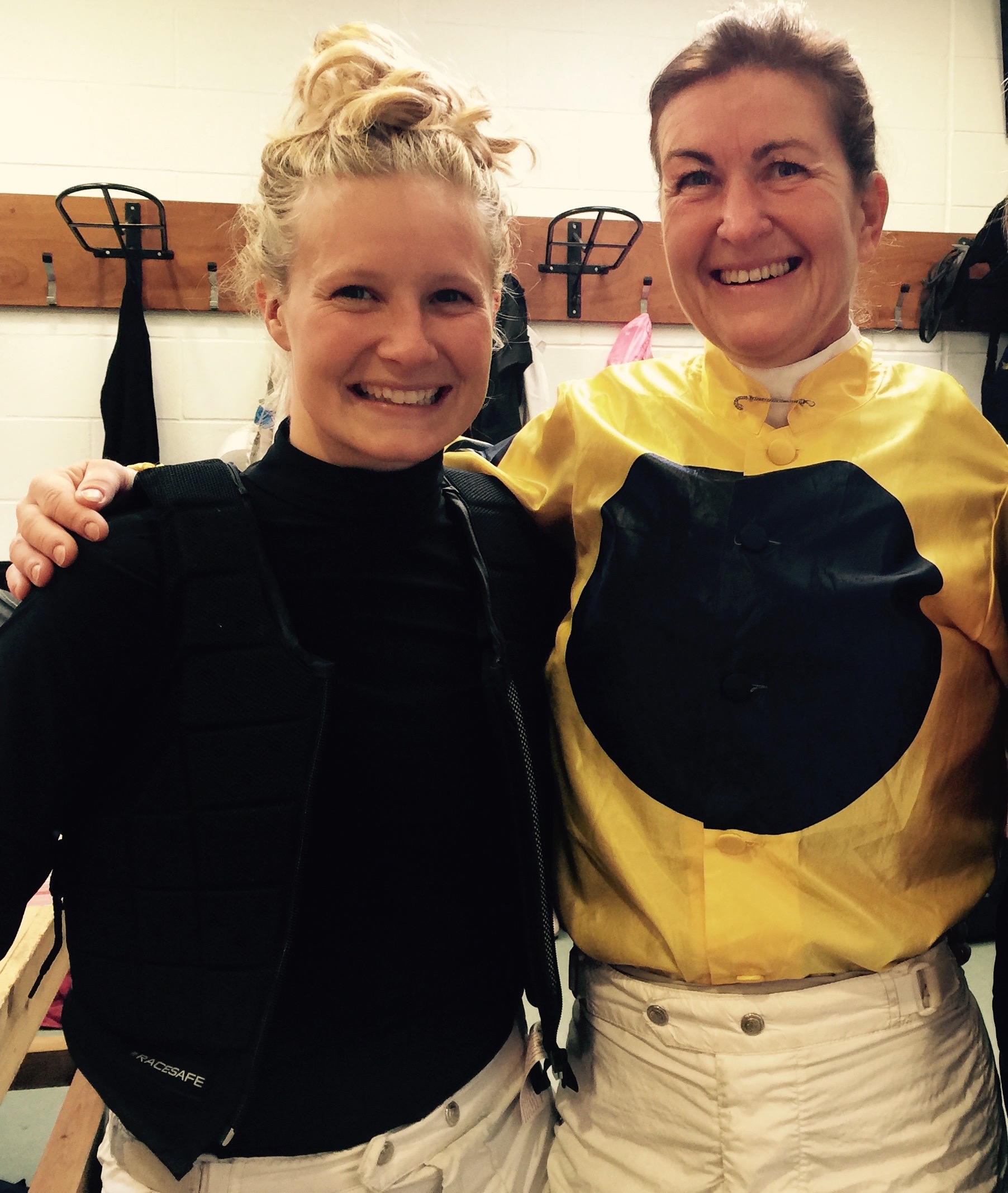 It’s tough at the top, and although we all know it’s tougher at the bottom, this season the ladies had a real battle to the line for the Ladies Flat championship.

Huge congratulations to Serena Brotherton and Joanna Mason on a fantastic achievement in winning their 2nd joint championship (having shared it in 2015) and for Serena this is incredibly her 10th ladies title! It has not been plain sailing for either of them this season and Joanna also won the Arabian Ladies Championship, so a tremendous double for her 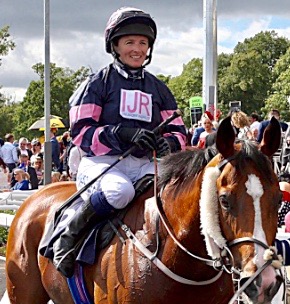 Many congratulations also to our trio of talented and valiant runners-up – triple winning past champion Carol Bartley – the only amateur to win against professionals in the 9 race Silk Series this year, 2017 Betfair Champion Abbie Mccain and younger sister, 16 year old Ella Mccain who were all just one win behind the champions with 4 wins each. It was a real achievement for the McCain girls, both having each enjoyed a winner in the Betfair series which cannot be included in the championship tally. 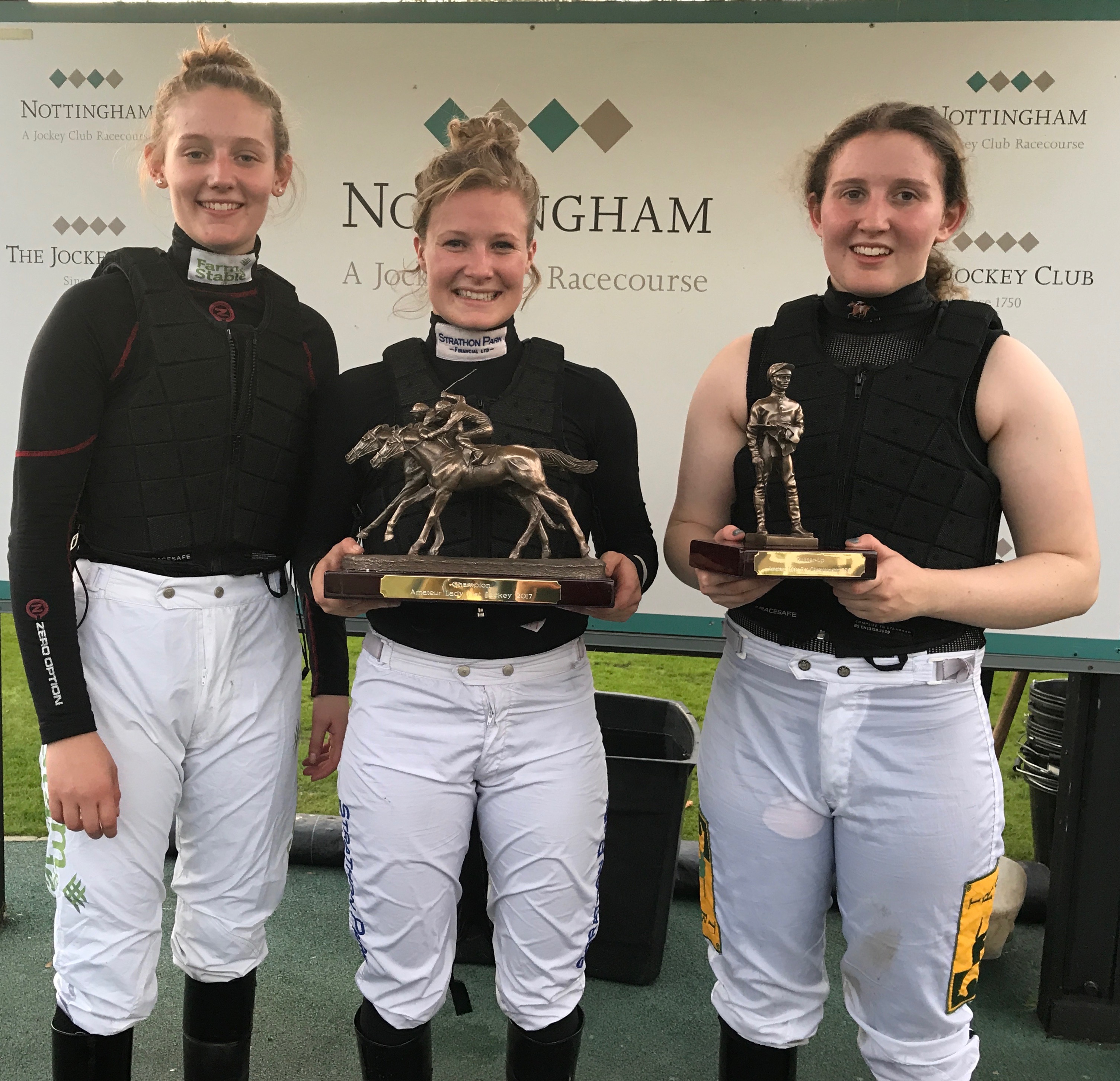 Well done to all of our lady riders who have enjoyed riding winners this season! 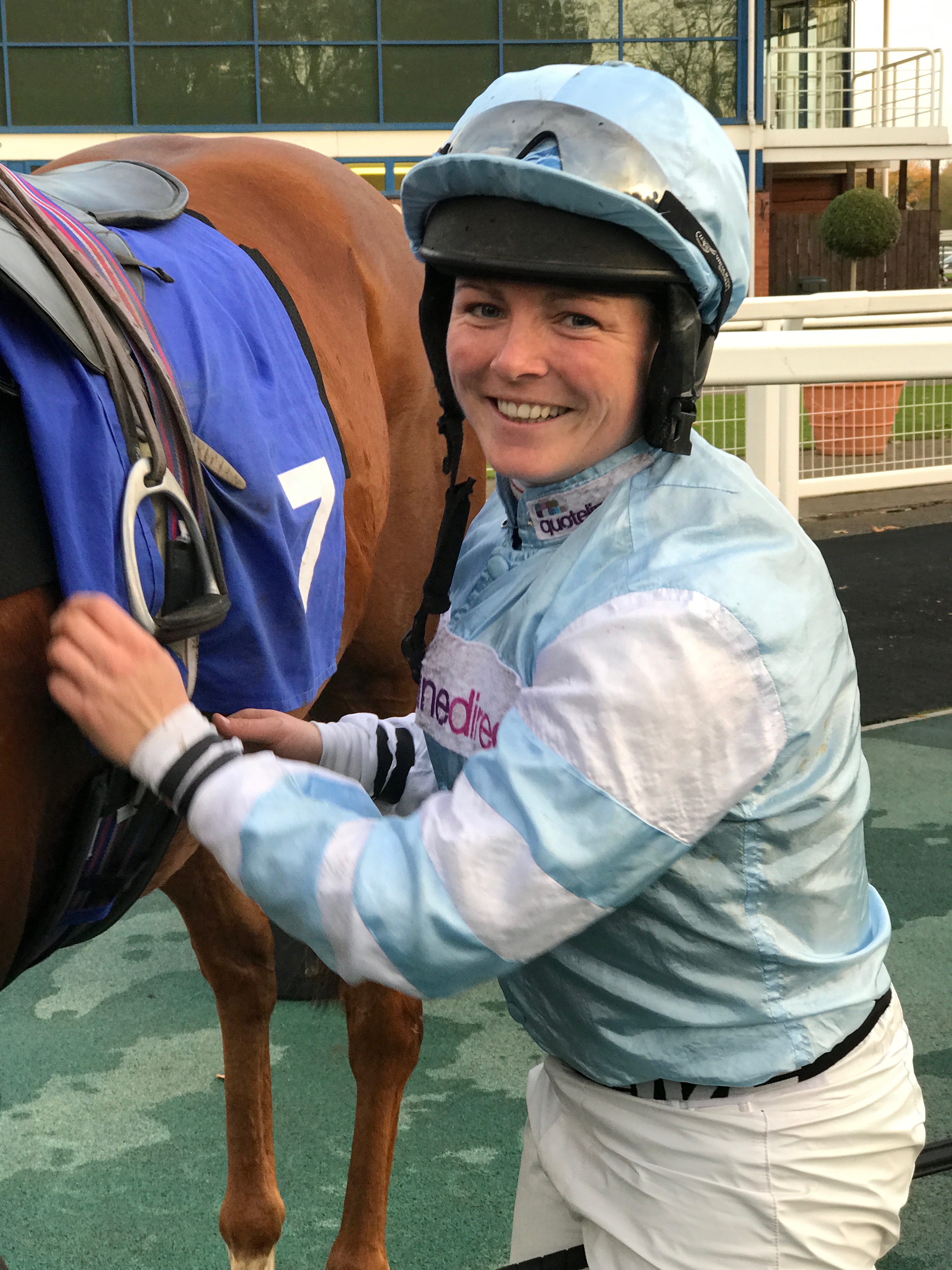 Well done Becky Smith for a fine win at Nottingham last night to close the Flat season for the ladies with the last mixed turf race of 2017. (The gentlemen have their last race there next Wednesday.) 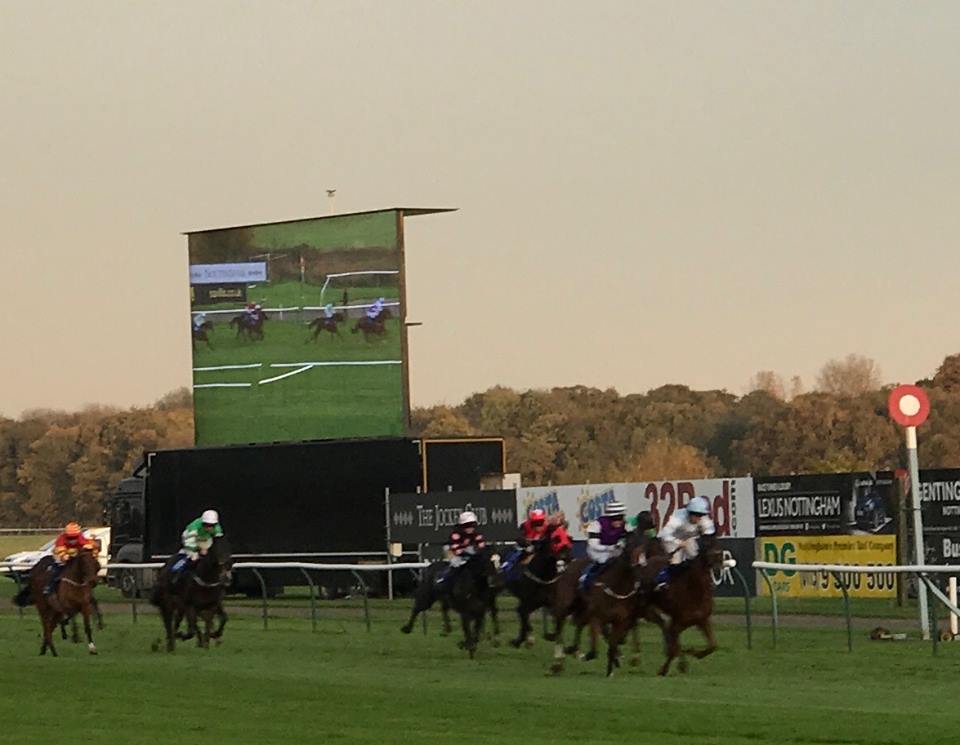 15 went to post, with Serena Brotherton denied a last attempt at increasing her tally for the ladies title by a non-runner, and the three other leading ladies hot on Becky’s heels with Ella Mccain 3rd on ROYAL COSMIC for Richard Fahey, Abbie Mccain 4th for Clive Mulhall with BIGBADBOY and joint leader Joanna Mason 5th, and only 4 1/2 lengths between them. Ultimately the final placings for the ladies championship remained unaltered. 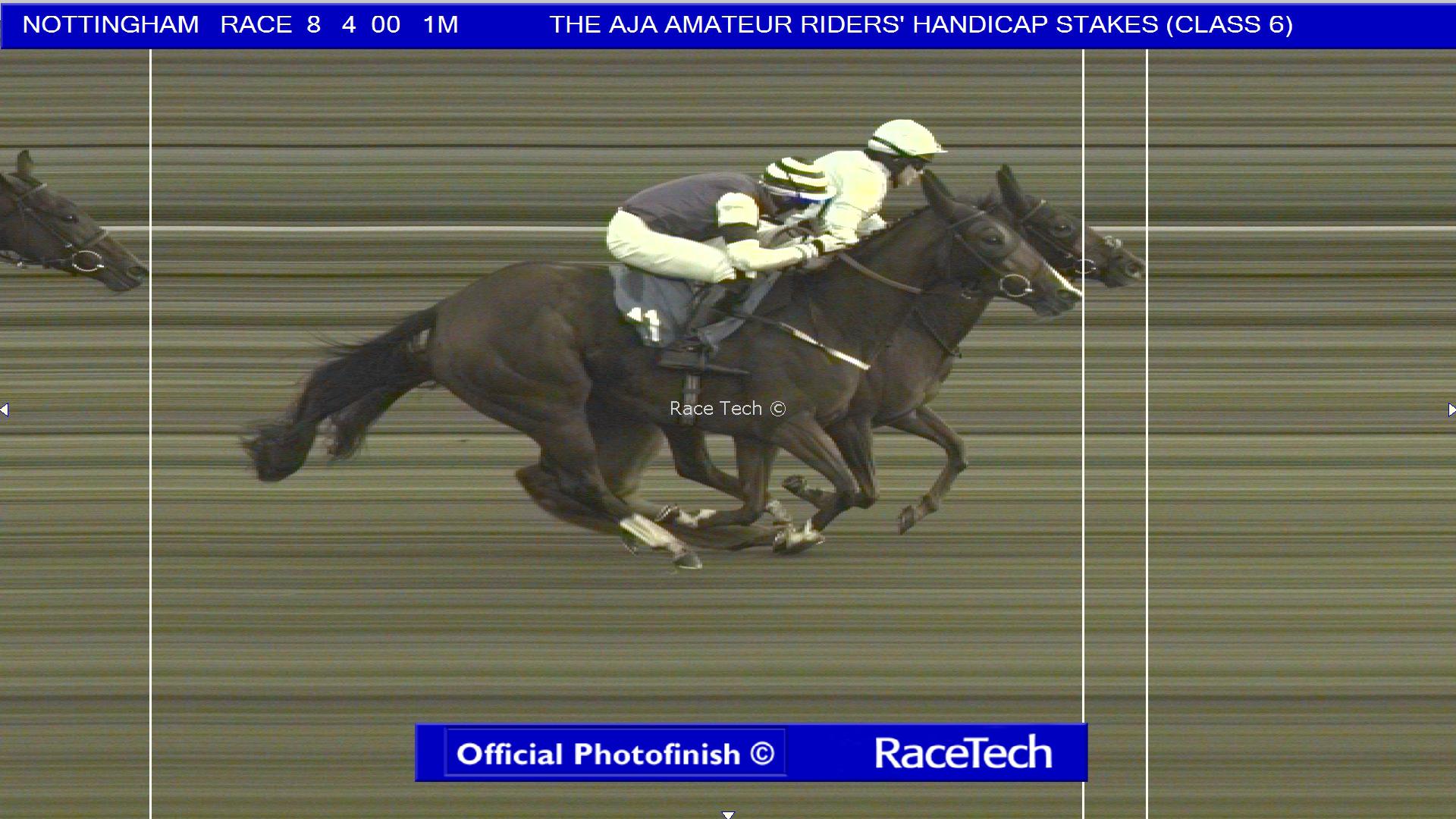 It was a thrilling finish with Becky aboard QUOTELINE DIRECT holding on in a photo by a short head to deny Jamie Brace and ENGLAND EXPECTS and win for boss Micky Hammond. 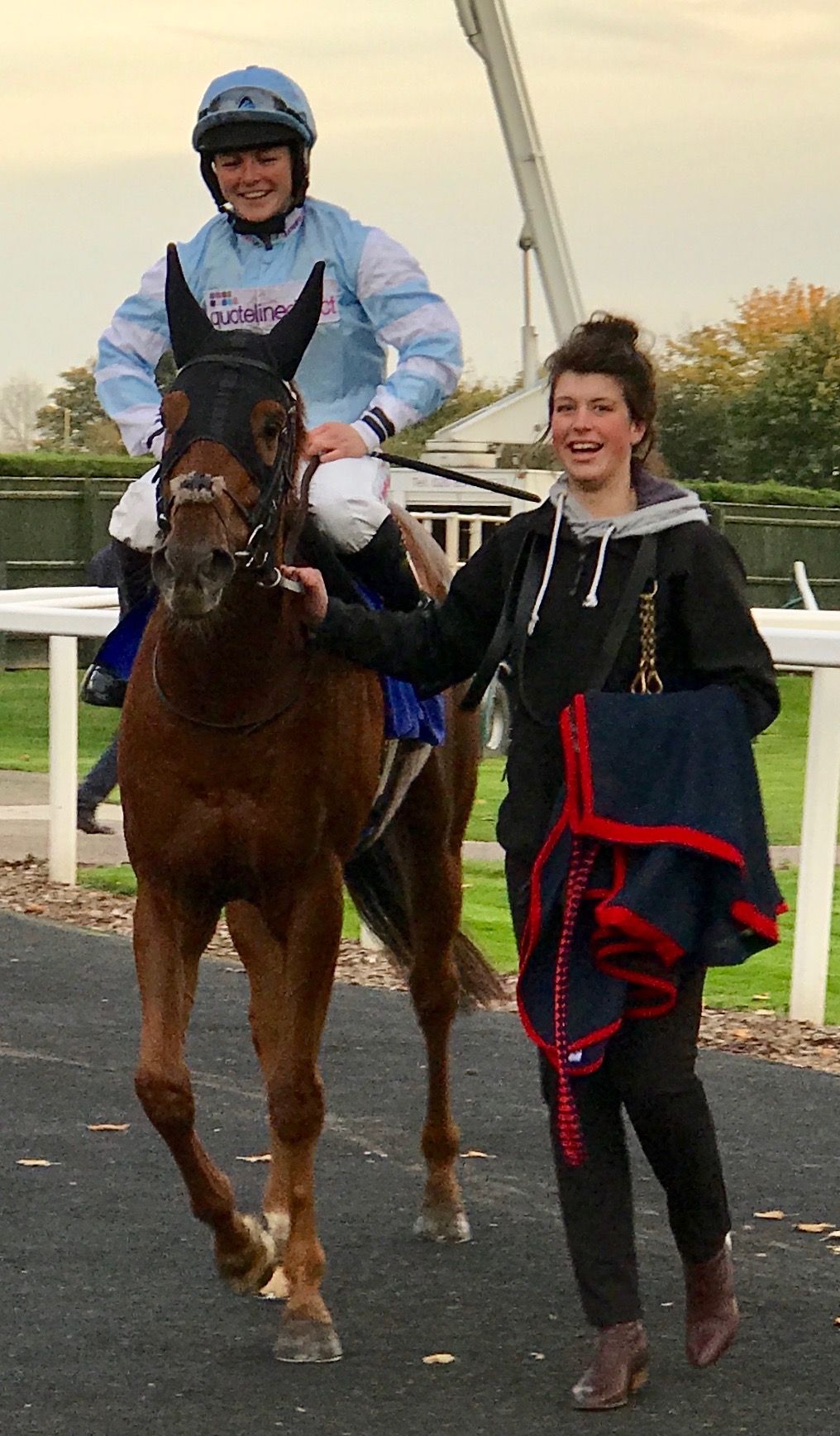 Well done Becky and a great end to an eventful ladies season! 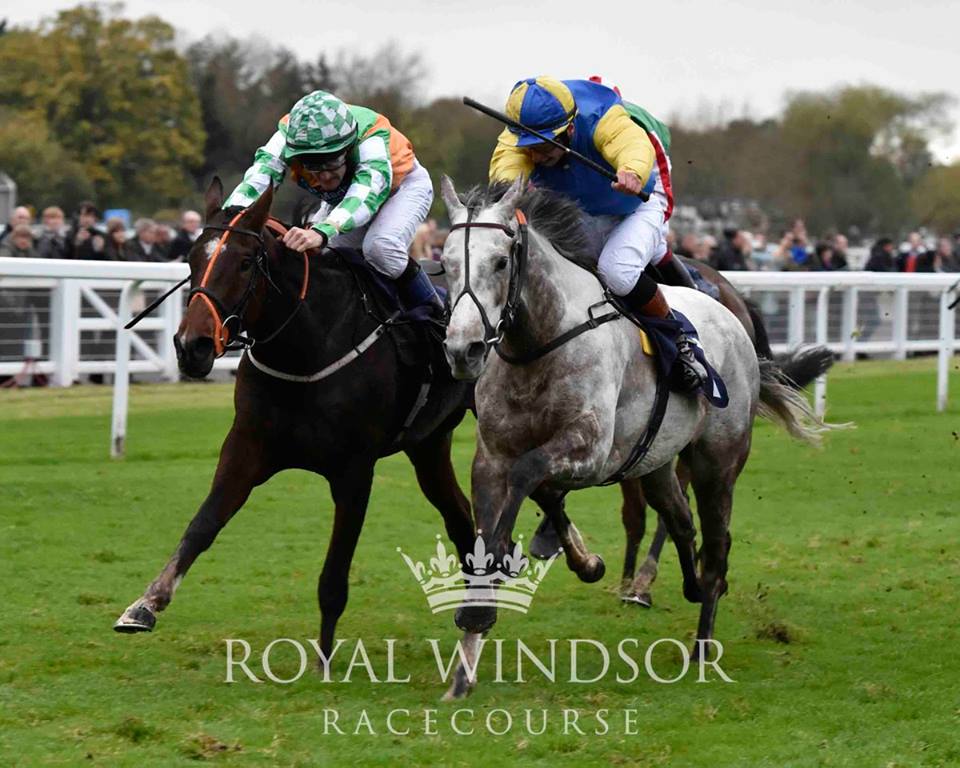 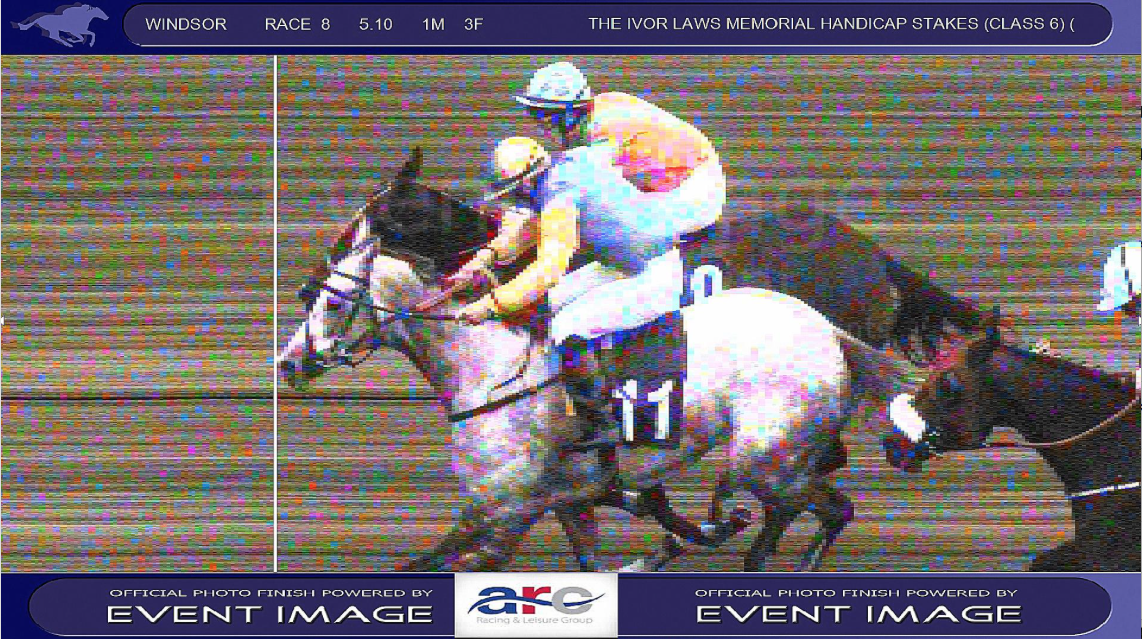 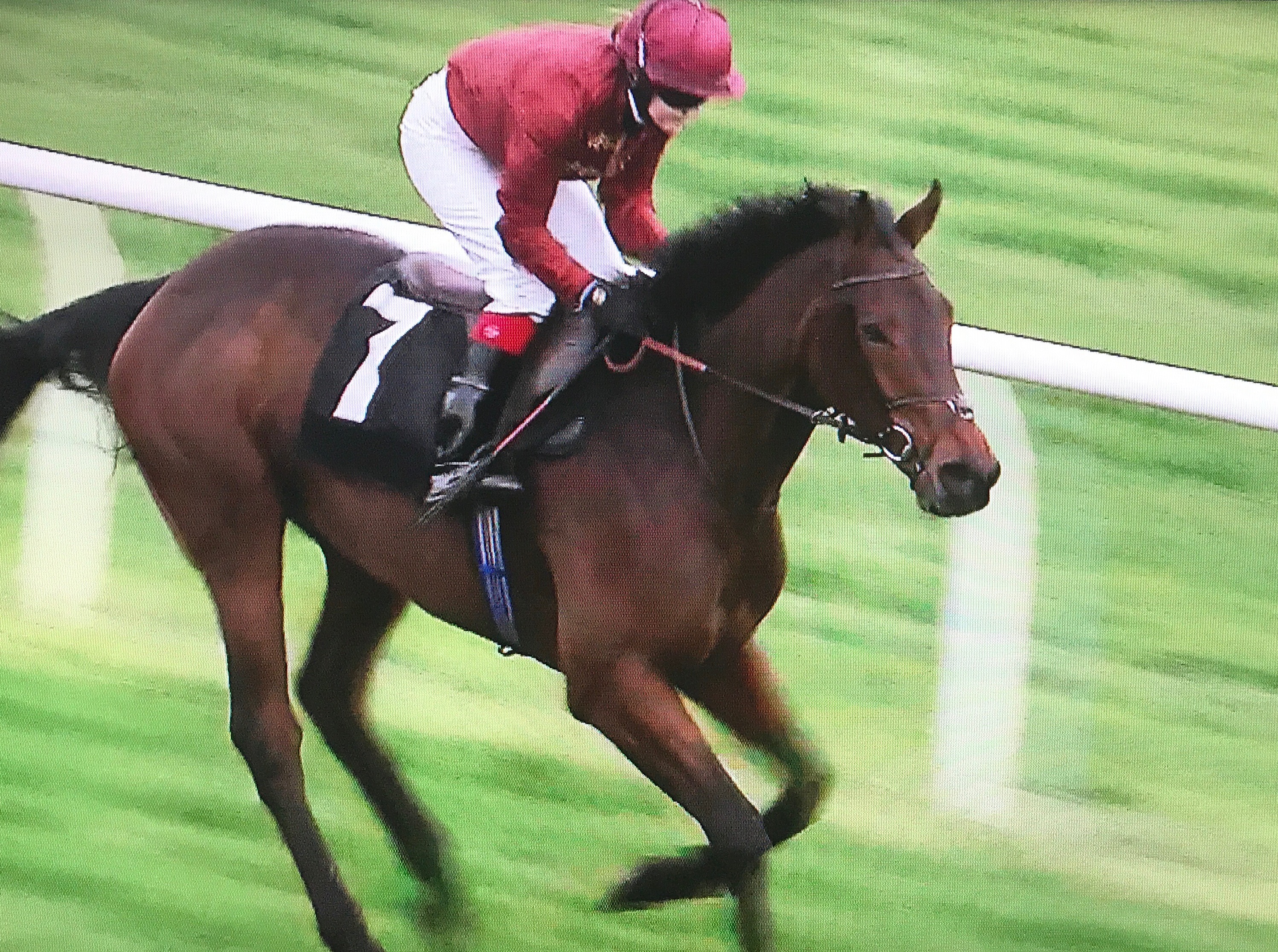 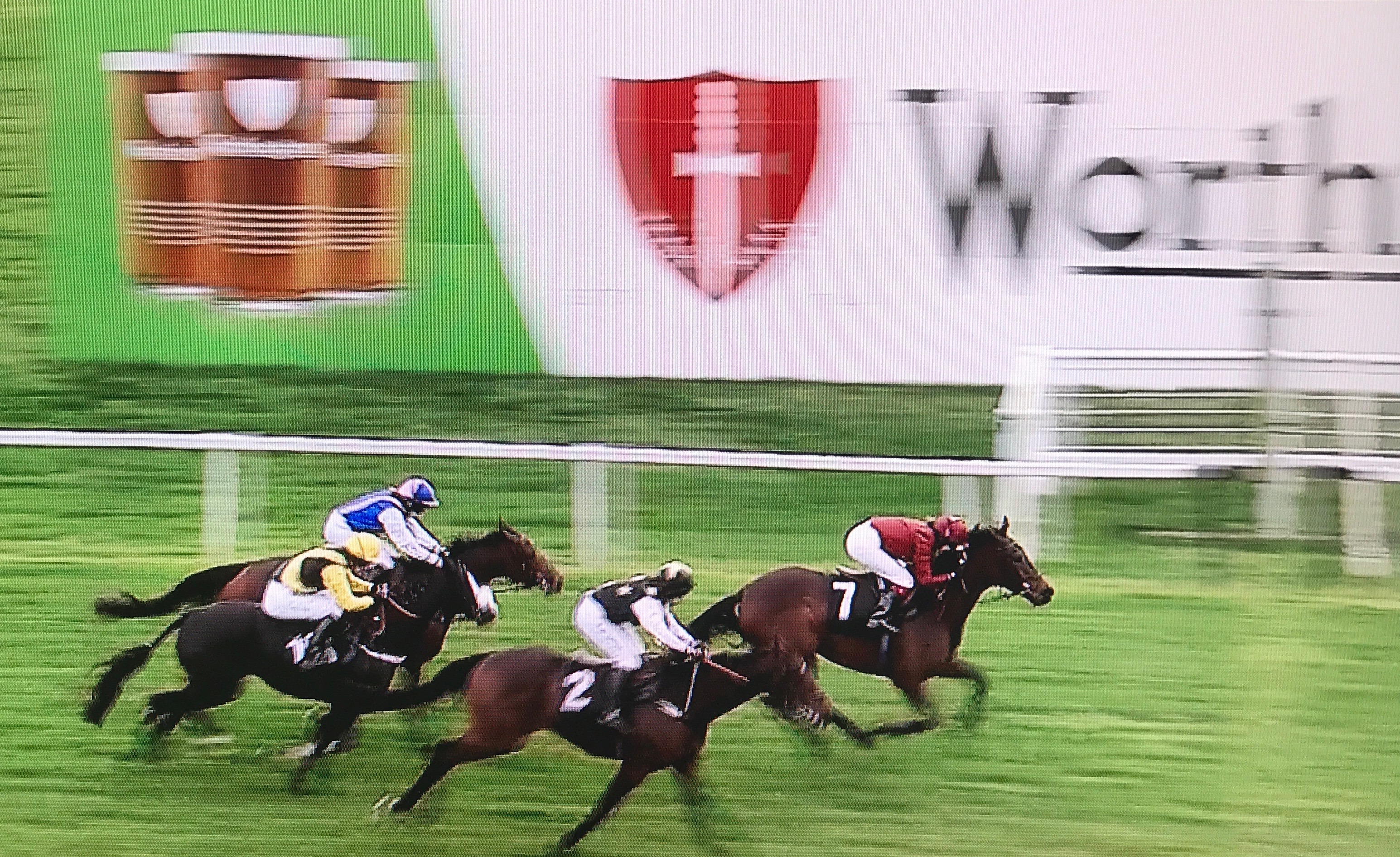 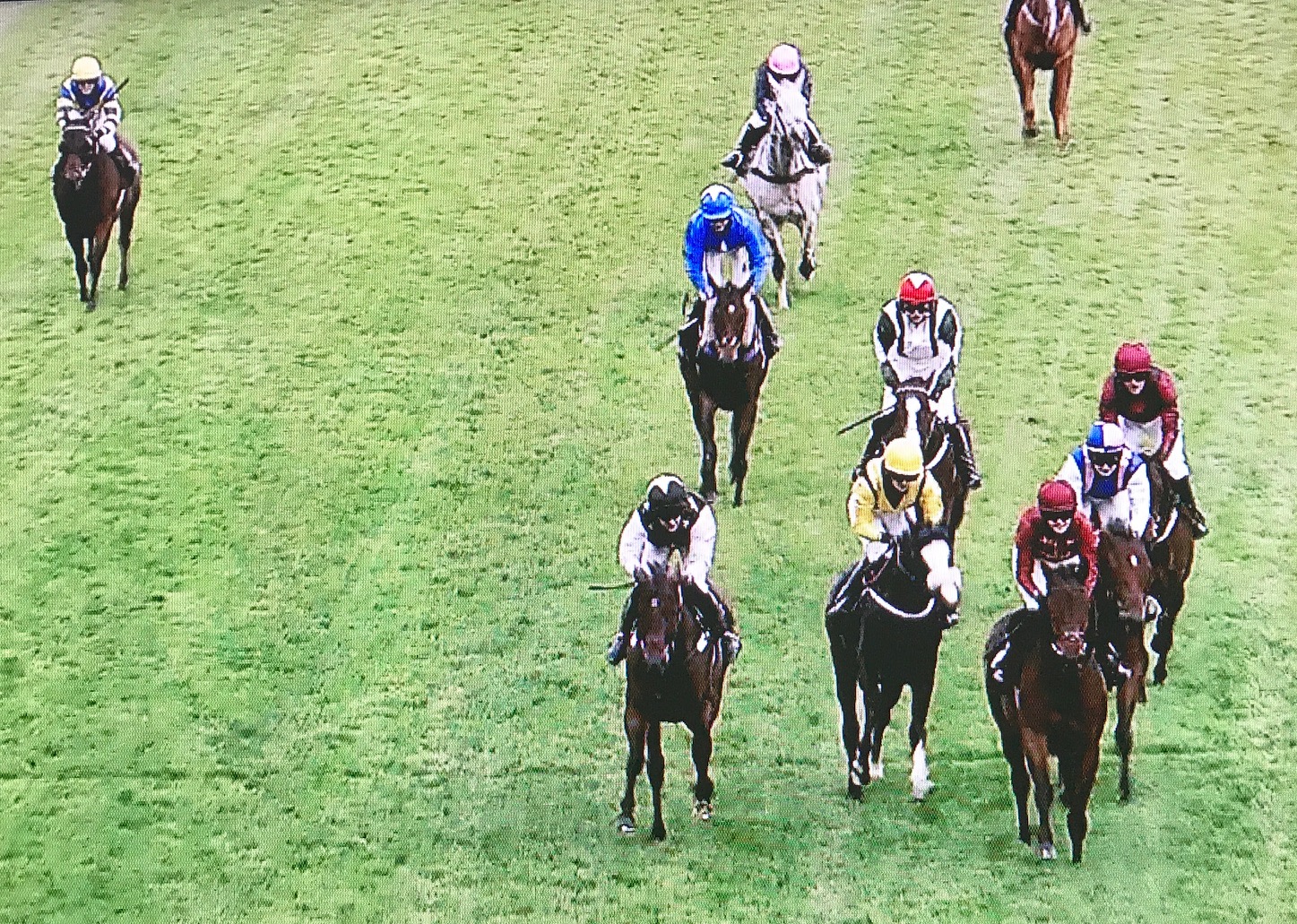 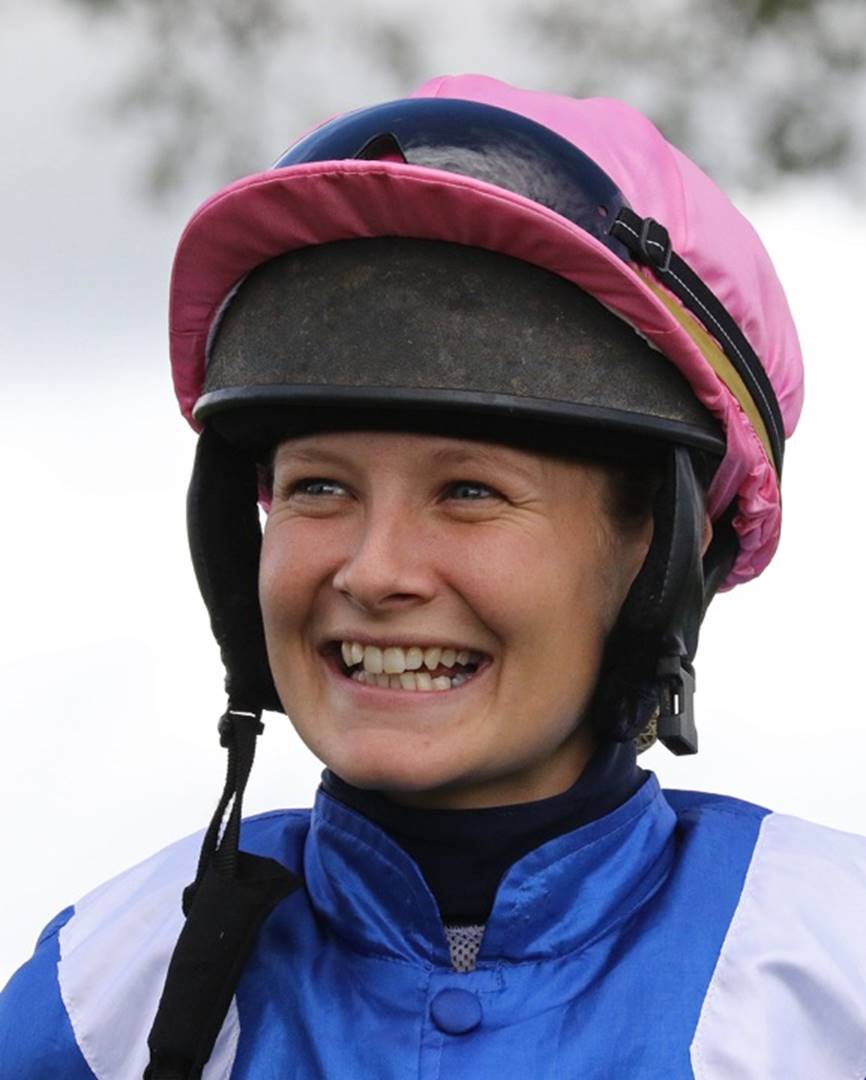 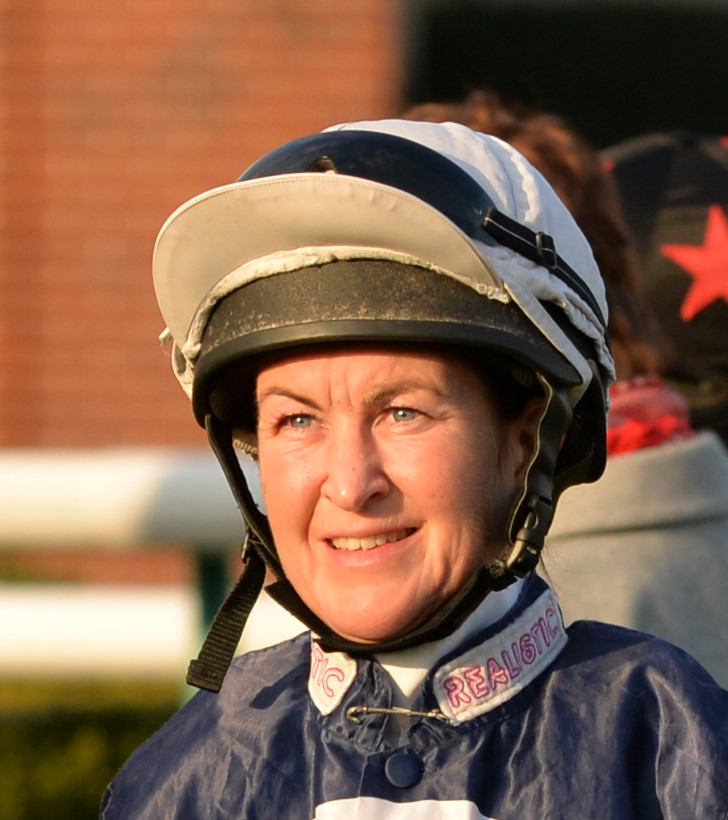 The end of the Flat season is always an interesting time for reflection and celebration of our amateur championships, but the build-up of the current season’s ladies campaign is proving to be unusually gripping this year right to the wire!

Redcar’s divided ladies’ race last week saw Serena Brotherton take the first division aboard RESTIVE for Iain Jardine which took her to top of the tables alongside Joanna Mason, both on 5 wins each. Having shared this championship 2 seasons ago when both ladies ended the season with 6 wins, will this be repeated? Not necessarily whilst they have so many talented top riders on their heels and now with just 2 races to go!

The second division of the afternoon at Redcar was won by a short head by 16 year old Ella Mccain on Richard Fahey’s INGLEBY SPRING to deny Emily Bullock in a photo finish with Joanna Mason 3rd. This was Ella’s 2nd win of the week, having won the mixed race at Musselburgh just 4 days earlier on her father’s TAWSEEF, and elevated her to runner-up slot alongside Carol Bartley, both now on 4 wins, with Abbie Mccain and Jessica Cooley on 3.

Yesterday’s mixed race at Doncaster was eagerly anticipated by most of this cast and it was Ian Williams’ TOMAHAWK KID who provided Abbie Mccain with her 4th winner of the season to join sister Ella and Carol Bartley in the runner-up slot for the championship!

The story continues in the last at Newbury this afternoon where the final ladies race of the season takes place (Serena, Ella, Jo and Jess all have rides) but we have to wait until the last mixed race of the season at Nottingham next Wednesday 1st November before finally celebrating our 2017 Lady Flat Championship! 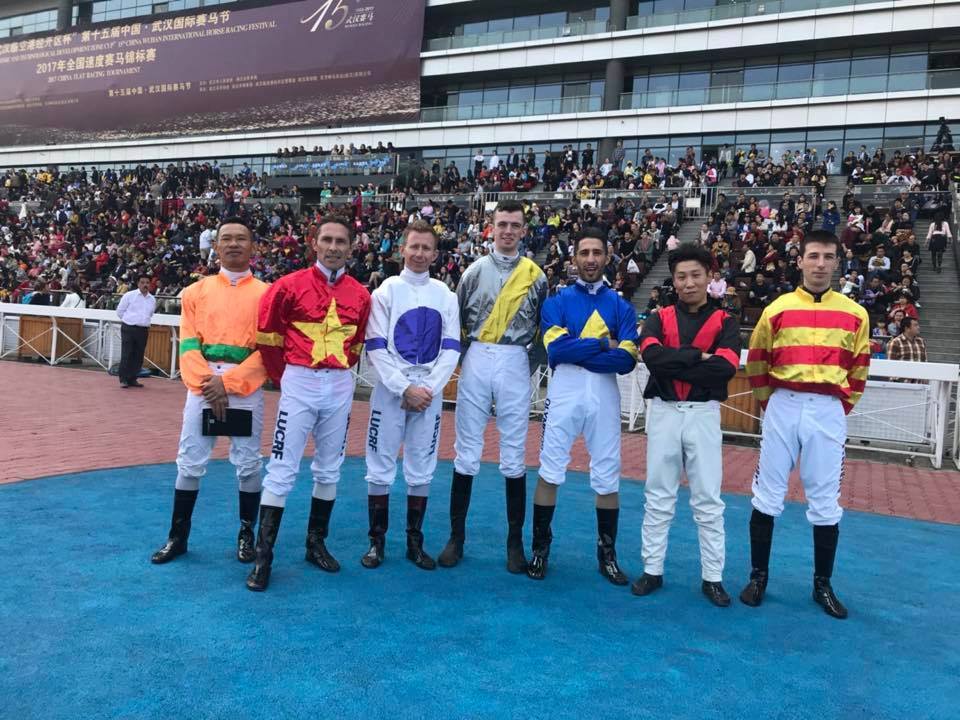 Huge thanks to Kit Wu of Wuhan Jockey Club for inviting us to send a representative from the UK to ride in China this week in their International Invitational race.

Well done to Jay Kendrick for being selected to represent Great Britain and doing an excellent job for us in this ambassadorial role. James is amateur jockey to Roger Charlton at Beckhampton and has enjoyed a winner under Rules as well as an Arabian win.

James thoroughly enjoyed taking part in yesterday’s race and, although his horse was a little too slow to be placed, this was a great and unique experience for him and we really appreciate the kind hospitality of our friends in China. Zac Baker wins Welsh Champion Hurdle with THE NEW ONE

Huge congrats to leading amateur Zac Baker on a great victory today when winning the Ladbrokes Welsh Champion Hurdle at Ffos Las with The New One for boss Nigel Twiston Davies!

A great achievement and a top ride!