Alex Dunn wins in Limerick for the ladies

A team of 5 British lady jockeys flew off to Ireland for the annual Anglo/Irish challenge at Limerick today thanks to the kind invitation of Russell Ferris, the team being Lucy Alexander, Lorna Brooke, Alex Dunn, Joanna Mason and Emma Sayer. 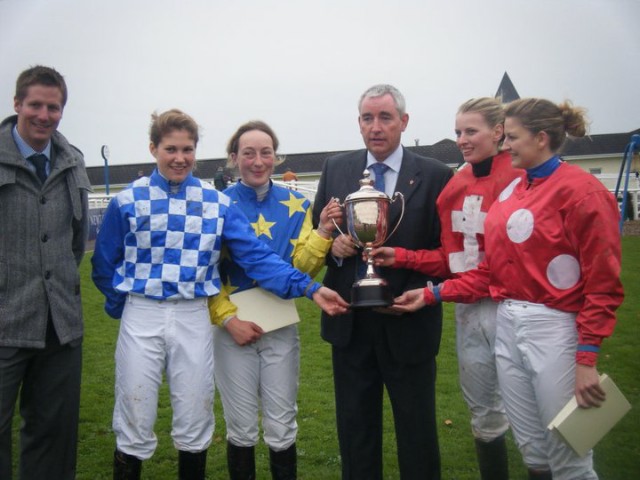 Sadly Joanna’s ride was a non-runner but nothing could take away from a thrilling race with Alex Dunn and Lorna Brooke leading the field over the final two hurdles. Mantell handled the deep ground well and the nine year old brought up a double for the John Joe Walsh yard by landing the Great Britain v Ireland Ladies Challenge Handicap Hurdle under Alex Dunn, who got the better of her compatriot Lorna Brooke on Brave Heart at the last with Mantell staying on well on the run-in to score by four and a half lengths.  Lucy Alexander finished a further 6 lengths away in fourth, having been handy most of the way but Young Milly kept on one paced from three out, whilst Emma Sayer‘s ride on Tony’s Treasure weakened from 3 out and finished tailed off. 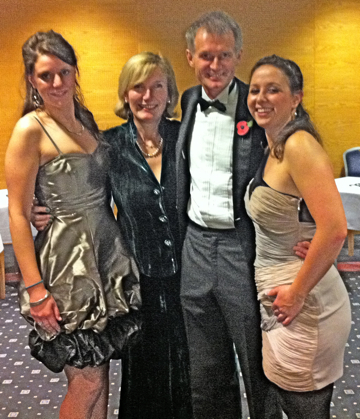 They chose York Racecourse to host the party which saw over 160 member support them and a good time was had by all. 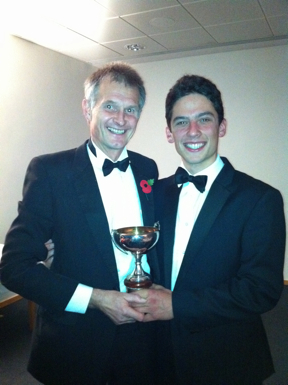 Huge thanks to Pip and to Jacqueline for all of their hard work in putting on such a good evening, dancing to the Zooms, resulting in a healthy profit which will help to fund amateur races next season.

Natasha lives up to family name with winning debut 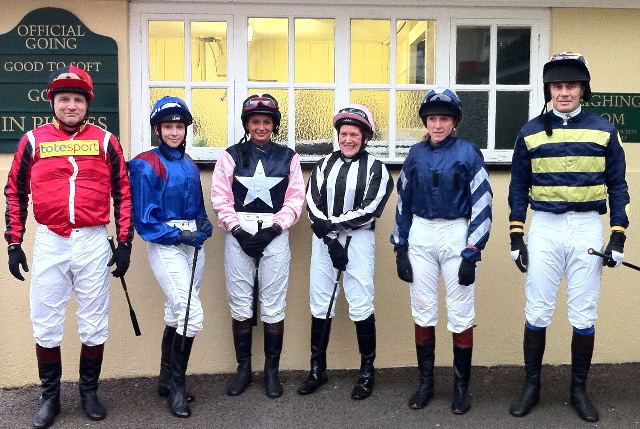 Many congratulations to Natasha Eddery on her winning ride when making her debut racecourse appearance.  Congratulations and thanks also to all the other riders on a great race and for their great support as well the Towcester officials, and especially Clerk of the Course Robert Bellamy, for making this race possible.