Those familiar names SIMON WALKER and SERENA BROTHERTON head the Flat Amateur Championships tables again for 2012, having ended the All-Weather 2011/12 season in the Spring with Simon as Champion and Serena runner-up.  Simon Walker achieved his Gentleman Flat Amateur Jockey Champion  title with a total of 5 wins and his nearest rival in the runner-up position was Freddie Mitchell with 3 wins.  This is the 8th time that Simon has taken the championship, having won it originally in 2003. 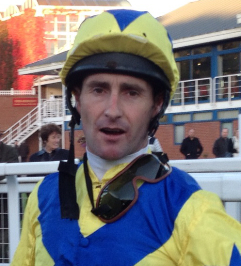 Serena Brotherton achieved her Lady Flat Amateur Jockey Champion title with a total of 6 wins, 2 ahead of her nearest rival Jacqueline Coward on 4 wins.  This is Serena’s 6th Championship on the Flat, and her 4th consecutively. 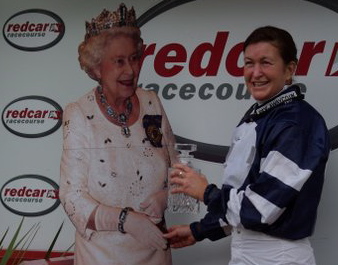 Many congratulations to both of our Champions and to all amateur jockeys who rode winners this season.  (The final tables can be found by clicking on the left column link.)

Applications are invited from AJA members who are UK licensed amateur jockeys to represent Great Britain abroad in 2013.

A: If applying for the Fegentri individual championship representation, you will need:

B:  If you are unable to commit to a whole Fegentri season and/or weigh more than above, you might like to be considered for the Fegentri World Cup of Nations and wear the Union Jack colours.  Weight can be up to 10 stone 7 lbs.  Trips include:

The AJA will cover travel expenses and host countries will pay for accommodation abroad.

C:  Lady riders who can ride at 9 stone and have ridden at least 2 winners can apply to take part in the HH Shaikha Fatima Bint Mubarak Ladies World Championship Series for Arabian Horses.  For 2013 races will take place in:

D:  Other international invitation races (ie China, Russia) might arise at any time.

All members will be mailed an application form:  appformfegentri2013.doc

NOTICE IS HEREBY GIVEN that the 2012 Annual General meeting of the AJA will be held on  Monday 10th December at 12:00 noon at The Queens Arms Hotel, East Garston, Nr Hungerford, Berkshire RG17 7ET when the following ordinary business will be considered: