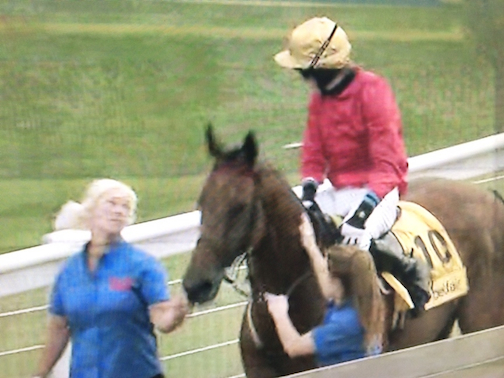 Many congratulations to winning connections and especially to Harry on a fantastic week’s work.  The Betfair series now moves on to Royal Windsor on Sunday 10th August.

Click here for a replay of the closing stages of the race: http://www.chroma.premiumtv.co.uk/streaming/watch/RacingUKFlashVOD/partnerId_166/videoFileId_14264293/clipId_2417043/index.html 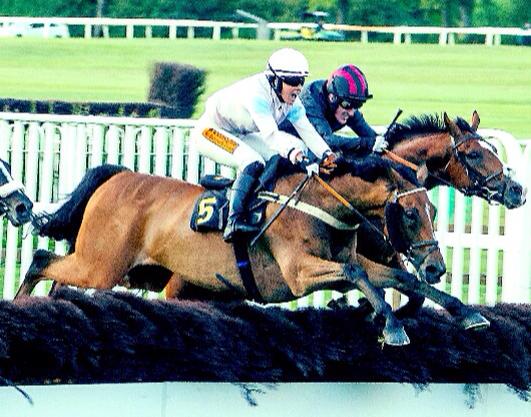 Many congratulations to Jodie Hughes who has already enjoyed a spectacular point-to-point season this year, which provided compensation for her long layoff much of the last two seasons following shattering her wrist in a race fall. 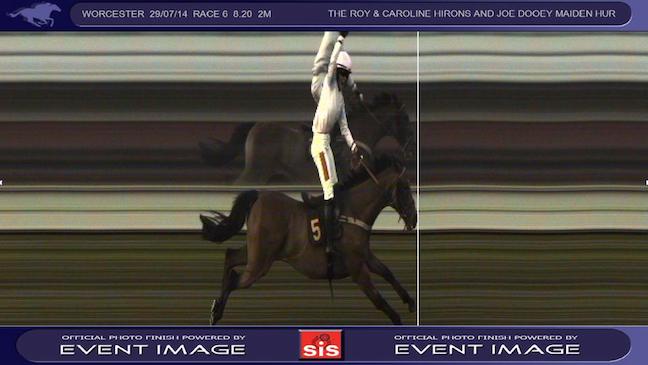 She is now in flying form and in her own words enjoyed “the best day of her life” today when giving Angela Clarke her first training career win with PANACHE at Worcester riding against professionals over hurdles and winning at 100-1! 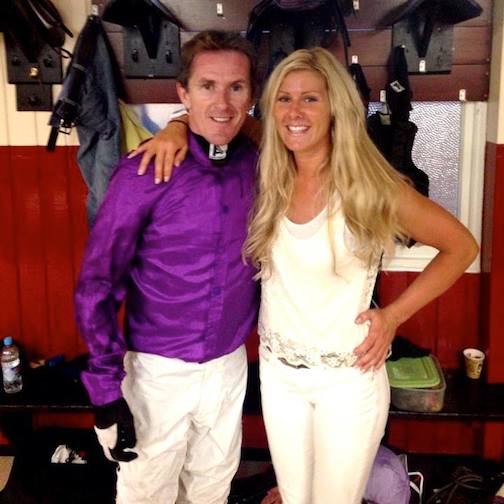 With AP in 3rd, the win felt extra special for Jodie and she even managed a selfie with the beaten champion in the Weighing Room!  Well done Jodie!

If you have a planned ride in Ireland, please be aware that the ONLY helmet pattern approved by the Stewards of Governing Bodies of The Irish Turf Club is: N1384:1997/PAS015:2011

Tom led the field in the early stages but TUCKER’S LAW dropped away whilst Page weaved LIVELY INDIAN through the field to eventually join and contest France’s two front running jockeys Edouard Monfort and Delphine Garcia-Dubois.

Lively Indian responded to Page’s determined drive and went on to score comfortably for GB.

Many congratulations to Page on not only her first winner abroad but also her first flat winning ride! 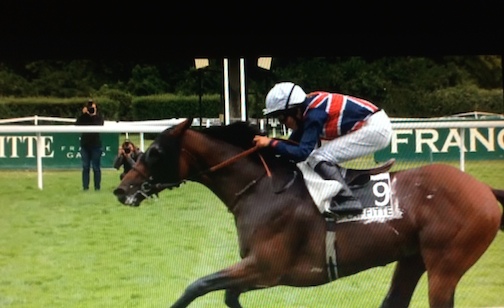 The next race in the World Cup of Nations series takes place in Deauville on 3rd August followed by Berlin on 20th September.  If you would like to ride abroad and represent Great Britain please download applicationformfegentri2014.pdf and return to the AJA immediately.