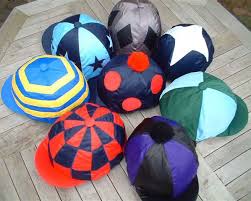 Beverley provides a double for the ladies

Many congratulations to both Joanna Mason and Serena Brotherton on their victories at Beverley today.  The first division of the Brian and Jason Merrington Memorial saw 16 year old trainer’s daughter Poppy Bridgwater enjoying her first ever ride on ENGAI and take up the lead from 3 furlongs out.  A dual then developed when she was headed a furlong from home by Joanna Mason and grandfather Mick Easterby trained TAMAYUZ MAGIC who stayed on well to score by a couple of lengths.  Replay http://tinyurl.com/o727lo5 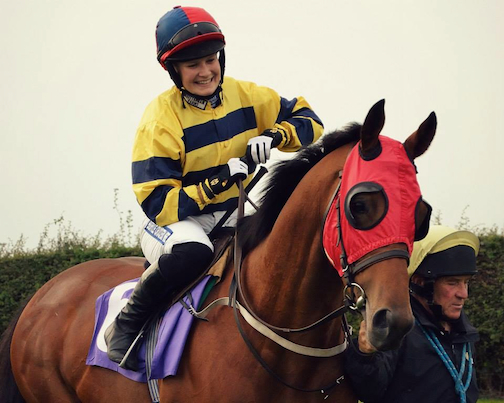 The second division provided a different finish as BROCKFIELD trained by Mel Brittain and ridden by Serena Brotherton scorched home, leading from early in the race and again 3 furlongs out to be pushed out to win by 3 lengths.  The significance of this victory was that it saw champion Serena beat her own record of Flat wins in a season by taken this season’s tally to 10.  Many congratulations! Replay http://tinyurl.com/otzg7az htt 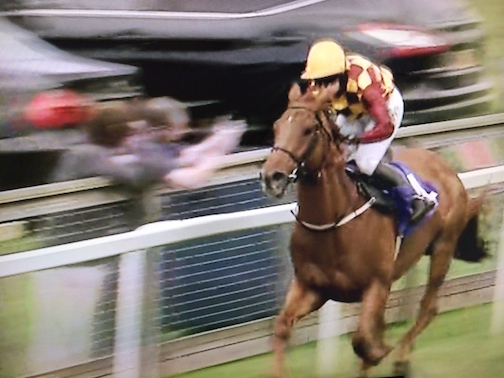 in support of THE INJURED JOCKEYS FUND

The AJA are extremely proud of both this year’s GB representatives in FEGENTRI, ALICE MILLS and FREDDY TETT, who are doing wonderfully well within their respective championships, with Alice in pole position at present for the ladies.  However, the general consensus within the AJA is that FEGENTRI no longer fulfils our members’ needs in its current form.

After lengthy discussions over recent years, the decision has been made by the AJA Board of Directors in conjunction with the Committee that the AJA will not be renewing its membership of FEGENTRI at the end of this year.  The AJA will therefore become sleeping members of FEGENTRI in 2015 in order to monitor any changes that might hopefully be made in the future and review the situation in due course. 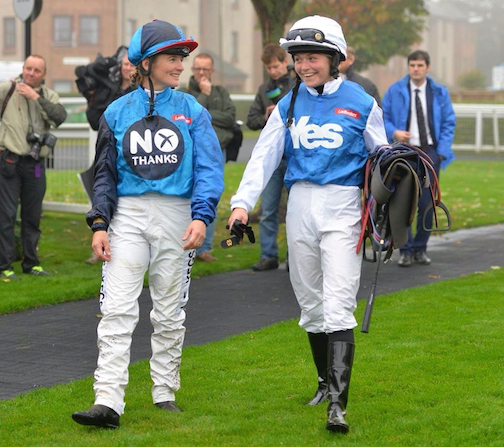 A 5 furlong two horse race sponsored by Ladbrokes carried out a gallop poll to mirror the Scottish Referendum today at Musselburgh racecourse.  With amateur Carol Bartley riding NEIGH THANKS (Midnight Dynamo) in the Better Together silks and Rachael Grant riding YES WE CAN (Black Douglas), both horses were supplied by Renfrewshire trainer Jim Goldie.

Yes We Can stormed to victory in style and it remains to be seen if events on Thursday will mirror the result.  History was made at the course as the race represented the first ever simulation of a political contest. 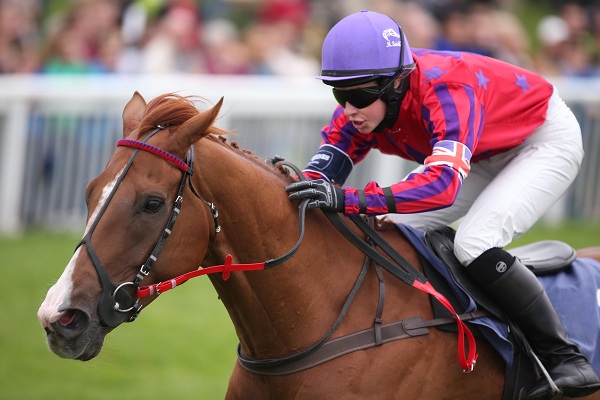 Its tough at the top and no mean task in getting there, particularly in the Fegentri World Championship with all of the idiosyncrasies that this unique competition brings, and many congratulations go to Alice Mills who has just reached the top of the ladies championship tables. 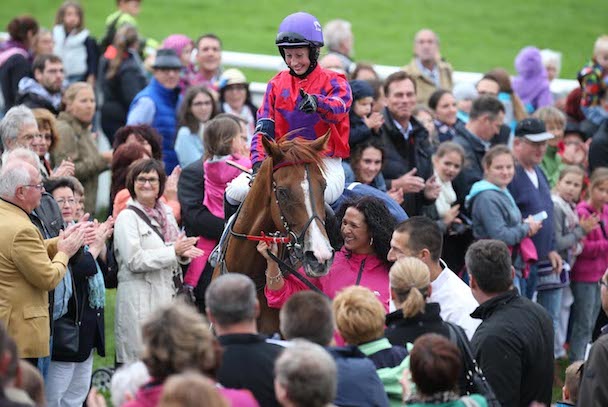 A winning ride in Baden-Baden, Germany, on Wednesday after a fruitless ride in Ostend on Monday, followed by watching the Fegentri chase from the stands on Tuesday  without a ride, rewarded Alice’s patience.  This took her to one point from the top of the tables with two rides to look forward to at the weekend in Istanbul. 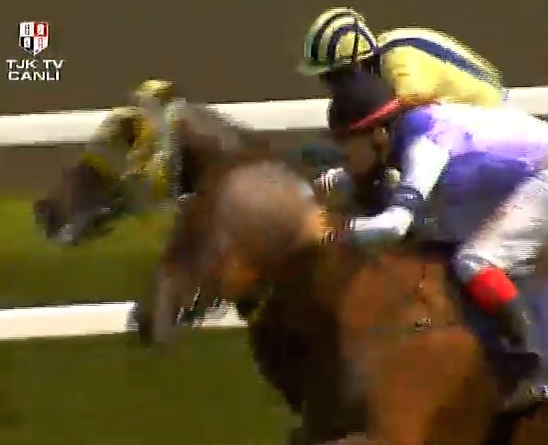 Unfortunately subsequent changes in the jockey line-up saw Alice’s ride withdrawn on Saturday but she was only just beaten by the German lady representative on Sunday and her 12 points for 2nd place takes her into pole position.  How long for remains to be seen, with so much depending on host nations’ draws or their own systems for allocating rides.  Just 4 ladies races remain on the calendar (3 in Germany, with the German representative closing in on Alice’s lead) and we wish Alice much luck for the rest of the season. You can follow Alice together with Freddy Tett’s progress at http://www.fegentri.com