In acknowledging the difficulty manufacturers are having in meeting the high volume of demand for Safety Vests meeting the 2009 Standard, required by the change to Schedule (D)2 effective from 1 April 2015, for the first month of the new Safety Vest requirements it has been agreed that those jockeys who are not in possession of a 2009 Standard Vest will be allowed to weigh out and ride in their old 2000 Standard Vest.

Jockeys who weigh out without a 2009 Standard Vest will still be reported to the Stewards and an enquiry held but where the jockey is able to demonstrate to the Stewards’ satisfaction that the reason for the non-compliance was because of circumstances beyond their reasonable control i.e an order placed in good time but still awaiting delivery, no fine will be imposed and the jockey given permission to continue using their 2000 Standard Vest up to and until 30 April 2015.

Those jockeys without a satisfactory explanation will be given the same period during which they will be allowed to continue wearing their 2000 Standard but will be fined £290 (Band C).

On and after 1 May 2015 all jockeys will be required to weigh out and ride in the 2009 Standard and anybody without the correct Standard will not be allowed to ride.

A final reminder that as from Wednesday 1st April new BHA rules regarding jockey vests come into force. 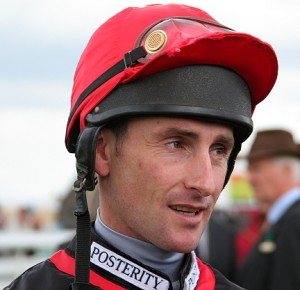 Congratulations to multiple winning champion amateur SIMON WALKER who went into the finale of this season’s amateur All-Weather series in an unassailable position and underlined his all-conquering career record with an emphatic win aboard CAGED LIGHTNING for Steve Gollings at Southwell.

To the delight of JOANNA MASON, currently hospitalised after sustaining concussion and broken vertebrae in a point-to-point fall last weekend and undergoing an operation on her back today, she managed to retain her runner-up place after her best ever All-Weather season.

Many congratulations to both Simon and Jo, and also to all other amateurs who have ridden winners this season. 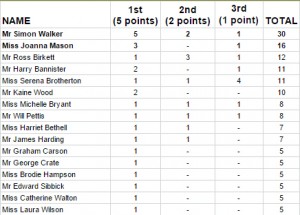 Having raised over £1 million over the last 5 years for Cancer Research UK, Cheltenham Festival’s charity race is supporting a new charity familiar to us all this year – THE INJURED JOCKEYS FUND – on Thursday 12th March.

are all gaining full fitness in readiness for the race and at the same time fundraising like crazy at every opportunity.  If you would like to support a particular rider, you can find them on Just Giving; if you would prefer to support the race in general, please visit www.justgiving.com/Chelt and any gift however small will really help.  You know its for a brilliant cause AND WE REALLY NEED YOUR HELP! 🙂  Thank you so much