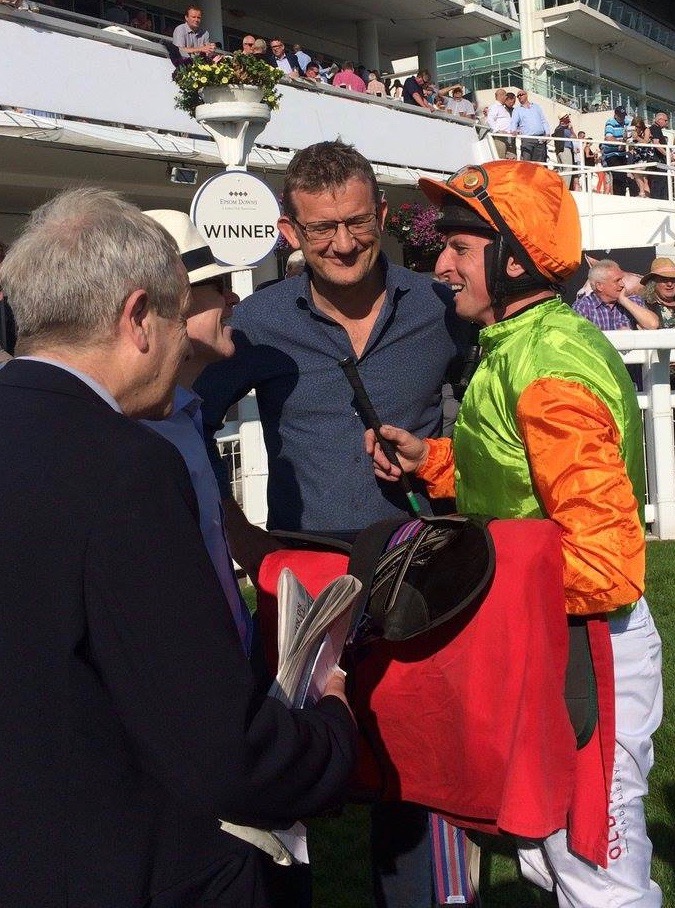 10 runners and riders went to post on Bank Holiday Monday for the Gentleman’s Amateur Derby run over 1m 4f at Epsom with Patrick Mullins hoping to add to his impressive tally of 2 Epsom Derbys in the last 3 years. However it was his fellow countryman Jamie Codd who was to add to his already enviable UK record by giving an impeccable ride to HUBERT’S for Yorkshire’s John Quinn. (Jamie’s wins this year include Cheltenham Festival and Aintree Foxhunters whilst back at home he was crowned Irish Point-to-Point Champion and enjoyed a Galway Festival winner.) 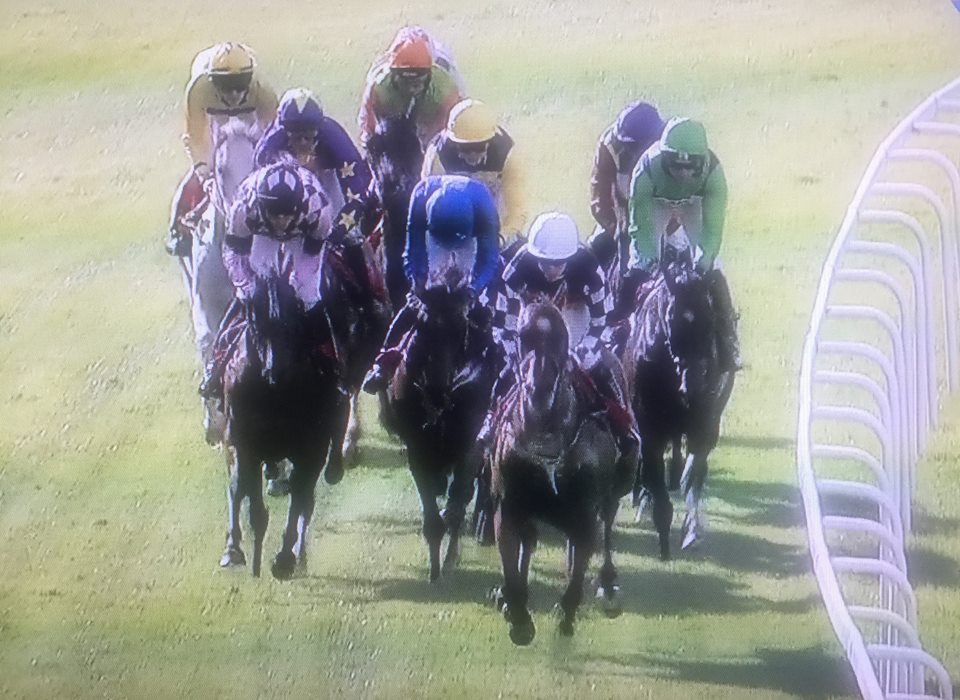 This was Jamie’s first ever ride around the unique course but it was to prove to be a masterclass with him biding his time, content to tuck in at the rear of the field until making his move halfway down the home straight. At this stage long time leader LEYLAND ridden by Will Pettis faded whilst HUBERTAS stormed through to take up the lead and deny JUPITER CUSTOS and James King by 3/4 of a length as they passed the post, with ETON RAMBLER and Simon Walker 6 lengths 3rd. 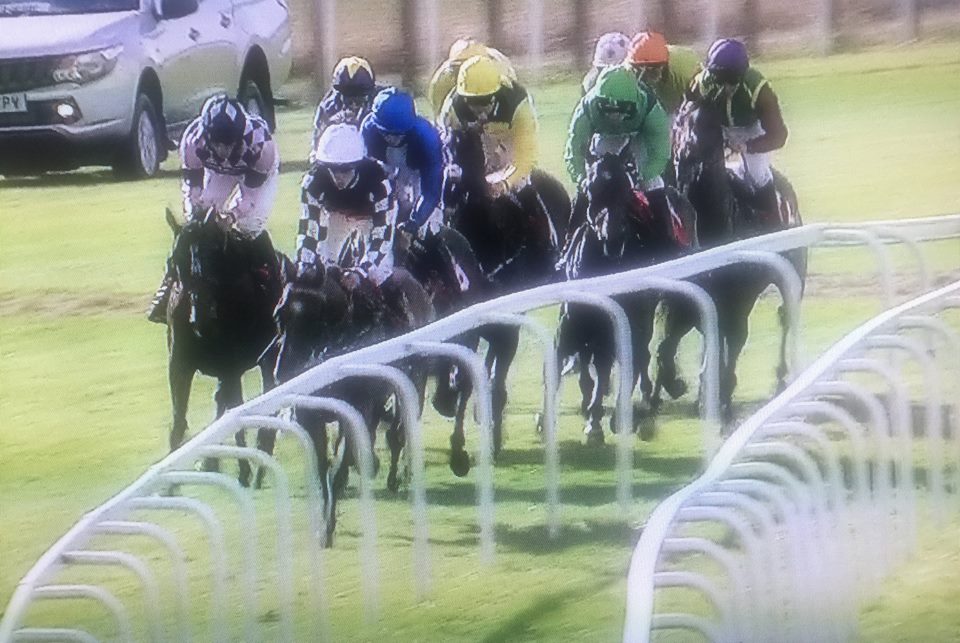 Jamie said “Its great to come over here and do this on my first ride here. It’s fantastic. John Quinn rang me last week and it didn’t take too much thinking to take on the ride.
When you see it on TV you don’t think it’s daunting, but when you ride it there’s a massive pull for the first 5 furlongs and even the camber in the home straight is quite tricky. I was probably there too soon but my excuse is I’m a jump jockey!
They all fell away so quick around two and a half to go and I was a little bit worried I had got there and committed too early, but he stays well. These are the places you want to be winning at. When you are a jockey its all about getting winners at Cheltenham, Aintree and all the big places as you want to showcase your talents. Cheltenham is our Olympics but it is nice to come here at the Derby track and ride a winner.” 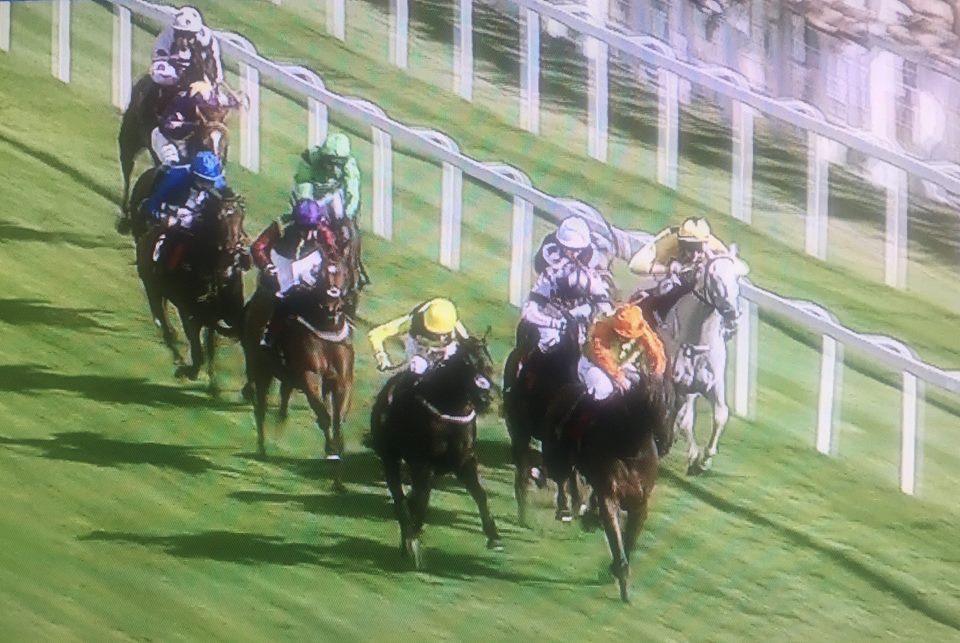 David O’Reilly, part of winning syndicate The Pro-Claimers, added “We won the race three years ago with Beacon Lady with Patrick Mullins on board and a good jockey can make all the difference on a day like this. We brought him over especially for this as he is very good. We wanted him to come late and we thought he’d got there a bit too soon but the race suddenly opened up in front of him. We thought he was going to get caught as the horse has been chinned a few times, but Jamie gave him a nice strong ride.” 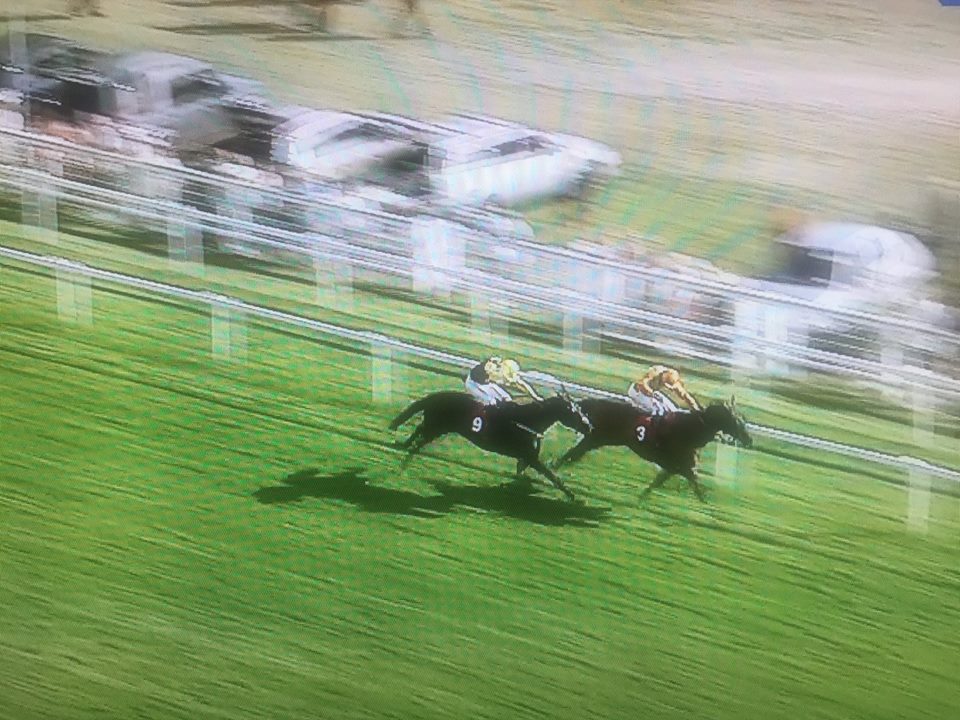 Jamie has certainly done that and we send huge congratulations to him and to winning connections on an unforgettable day with this win completing a treble on the card for trainer John Quinn! Well done Jamie! 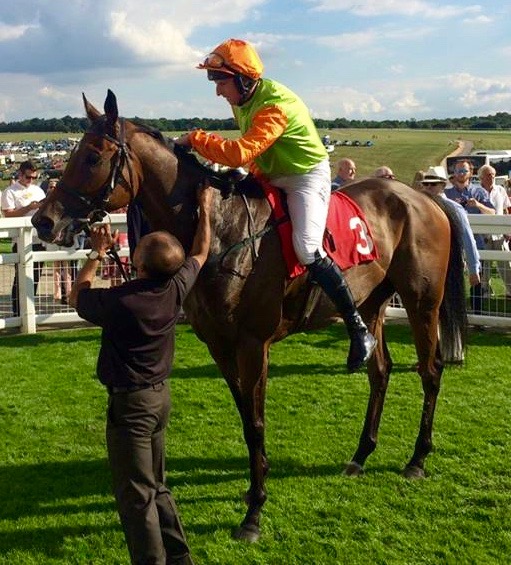