Representing Great Britain for 2011, in the first Fegentri ladies’ race of the season RACHEL KING enjoyed a placed ride yesterday in the Arab race in Doha, finishing second.  She followed up with a winner there today which projects her into the lead in the championship tables – what a dream start!  Many congratulations to Rachel! 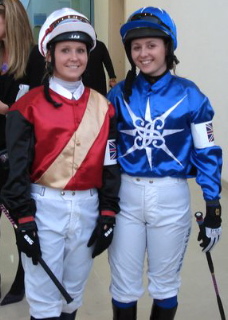 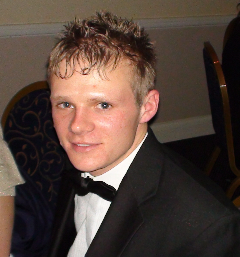 Many congratulations to Chris Martin on winning this season’s All Weather championship after a nail biting finish to the championship today at Wolverhampton.

Becky Brisbourne stormed home in the first division of the amateur riders’ race to leap up the tables into second place alongside Simon Walker to share the runner-up slot, and a fine victory for Emily Jones in the second division concluded the amateurs’ All Weather season:

The first two races on the card today at Wolverhampton are the final two amateur races of the all weather season and the battle for the championship will be concluded.

With multiple champion Simon Walker currently in runner-up slot but riding abroad in Saudi, this leaves the championship secured by Chris Martin unless Becky Brisbourne managed to ride a double today!

Good luck to all our riders at Wolves!

Congratulations to JONATHON BEWLEY on a great ride today to score on Teerie Express at Newcastle over fences on his second ride back from a long lay off after injuring his shoulder last September at Perth.  Prominent early on, Teerie Express made good headway to challenge favourite Jeringa and was only a length down and staying on well when a mistake at the last looked as if he would be denied victory, only to make a great recovery and stay on again to take up the lead just before the line!

Congratulations to BRENDAN POWELL on riding his first winner under rules in the first division of Southwell’s All-Weather for his father Brendan senior today.  The trainer said: “He’s had a couple of hundred rides flapping in Ireland and this is all he’s ever wanted to do.”

The second division was a repeat of last year’s race with Jackie Kiely enjoying visiting his favourite track, beating Bright Sparky to score for the 10th time at Southwell!  This win was significant for jockey CHRIS MARTIN, giving him 5 points to leap ahead of current leader SIMON WALKER in the Amateur All-Weather Championship with only two days All-Weather racing of the amateur season remaining (12th and 21st February, both at Wolverhampton).  The current table is as follows:

A reminder about weight claims

Please remember to contact Licensing if you should ride a winner abroad, including Ireland, so that your tally of wins is kept up to date at both the BHA and Weatherbys.  This is absolutely vital to make sure that you claim the right allowance.  Individual race conditions should always be checked as they can differ from the usual Rules which state:

All amateur jockeys will have a received a letter with their riding permit confirming the number of wins recorded at the BHA and asking you to contact Licensing if your records are incorrect.  Licensing can be contacted via the BHA switchboard on 0207 152 0000. 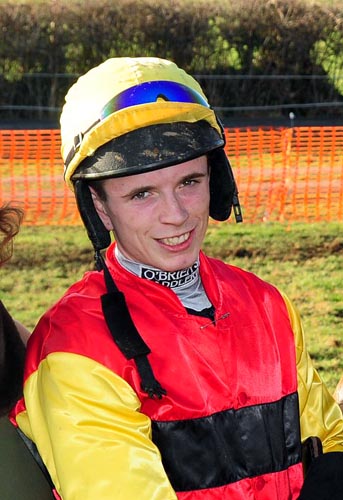 A reminder of the dangers of our sport were brought home to us today with tragic news from Ireland of the death of teenager Jack Tyner.

Our deepest condolences go to his family.  Jack took a terrible fall at Dungarvan point-to-point last Tuesday and has been battling for his life ever since.

Jack actually rode a winner that day on Exitnell.  Jack was taken to Cork University Hospital where he died this morning.  He was nineteen.